We are delighted that Great British Menu (GBM) is returning to our screens on 24th March 2021 for series 16. The BBC Two show puts the nation’s most talented chefs to the test. At Women in the Food Industry we were pleased to see women making  up almost a third of the chefs from across Britain who will be competing to serve their dish at the final banquet.  This year GBM has been re-vamped again with a new guest judge and a new presenter. 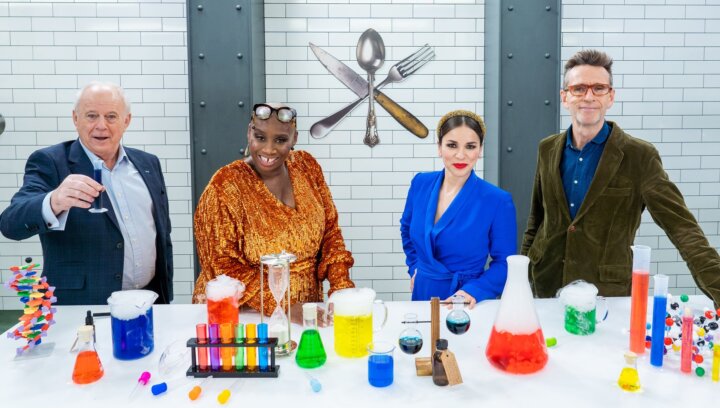 New for 2021, Andi Oliver will be taking over as presenter after a very popular debut for the Christmas special. Broadcaster and author Rachel Khoo will joins as a judge  and said “We have some extraordinary chefs in the UK and the programme does a great job of showcasing that homegrown talent. I’m so proud to be part of the series and I can’t wait for viewers to see what’s in store.”  Once again, the show is more nerve wracking for the  contestants as the chef with the lowest score after cooking their starter and fish course will be sent home, and so won’t get to present their main course and dessert.  This year’s Great British Menu theme is British innovation, to mark the 30th anniversary of Helen Sharman becoming the first British astronaut to go into space & Sir Timothy Berners-Lee donating the world wide web to the world. 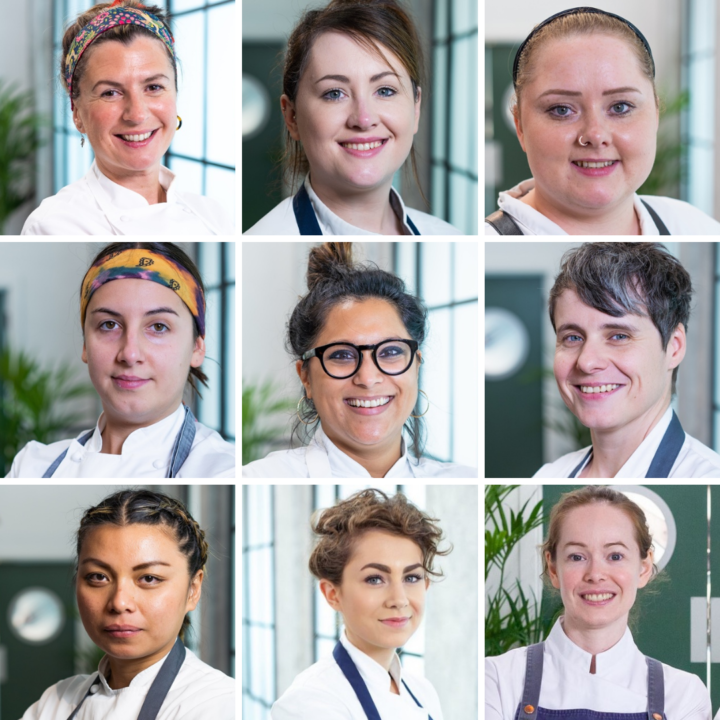 Last year we were delighted to interview all of the women chefs taking part in Great British Menu 2020 and this year we are doing the same.  Let’s have a quick look at the women representing their regions for 2021. 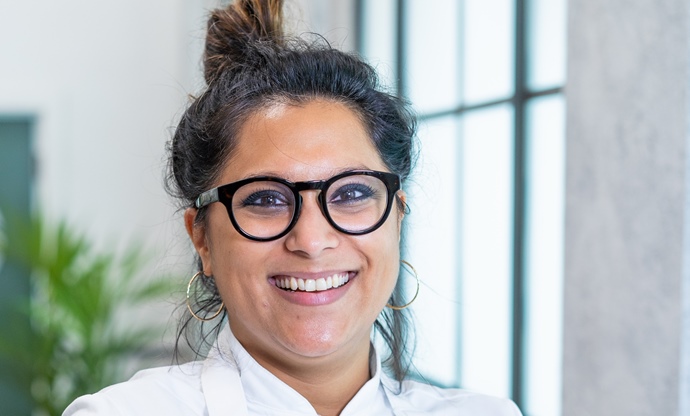 Representing the Central region is Sabrina Gidda, Executive Chef at all women’s member’s club, the AllBright, who is back for a third crack at the competition. After being runner up for the Central region three years ago, she is determined to reach the finals.  We chatted to Sabrina about her experience on Great British Menu in 2021. 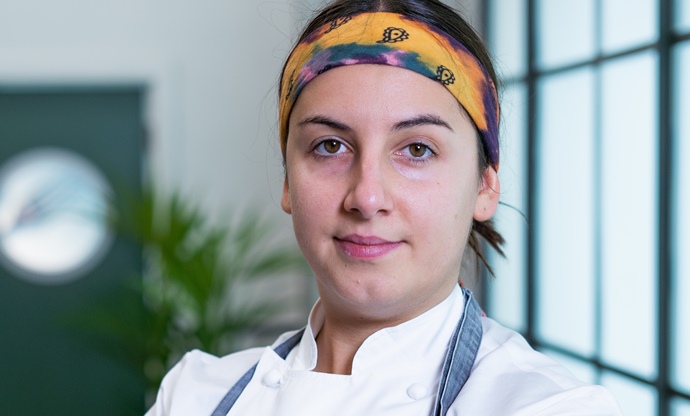 Also representing the Central region will be Shannon Johnson, who has trained under some of the best women chefs in the UK. Shannon worked for three years at Michelin starred Murano  under Great British Menu veteran Angela Hartnett training up in modern Italian cuisine. She then became Head Chef at Hicce in Coal’s Drop Yard, London, for Pip Lacey, who was the starter course Banquet winner four years ago. Here’s our interview with Shannon Johnson to discover more about her and her Great British Menu experience. 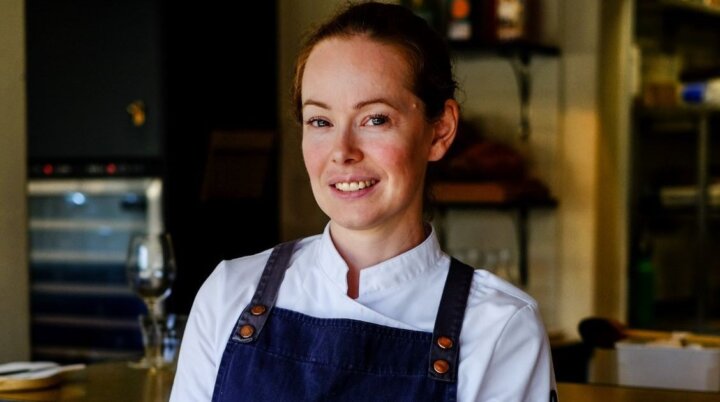 Edinburgh born Roberta Hall is returning to the show after making it to the national finals last year. She is Chef Owner of The Little Chartroom in Edinburgh which she runs with her husband who manages front of house.  Catch up with our Great British Menu 2021 interview with Roberta Hall. 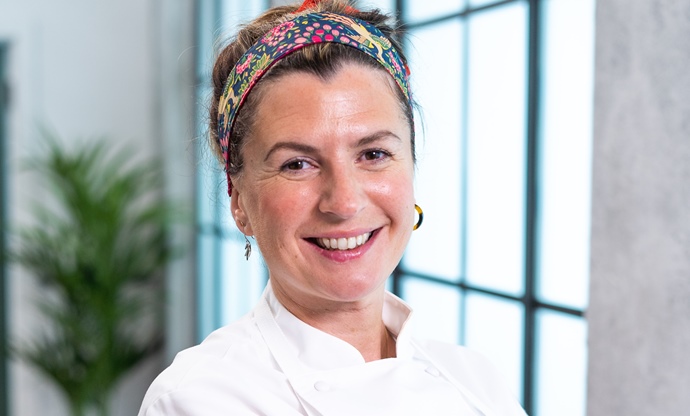 Back representing Scotland again will be Amy Elles, Chef Patron & Owner of The Harbour Cafe in Fife and Stocks Events private event catering. Amy started her career at Harrods where she fell in love with the kitchen. She has also worked at The Fat Duck (3*) where she honed her skills in the pastry section, and at Moro. Find out more about Amy with our interview with her from 2021. 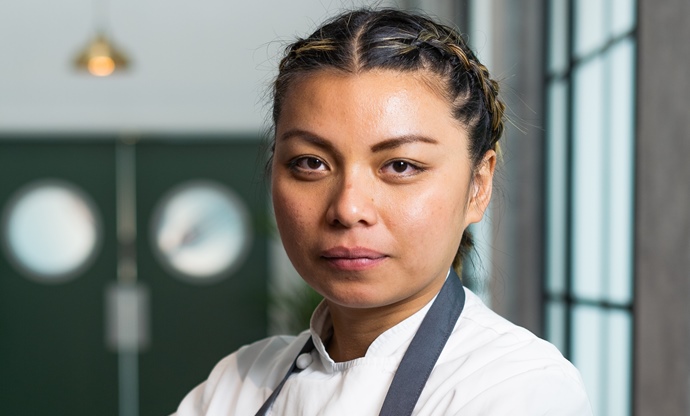 New to Great British Menu is Kim Ratcharoen who has worked with Michael Bremner (previous GBM winner) at 64 degrees and then landed on her feet at Restaurant Gordon Ramsay on Royal Hospital Road in Chelsea, London. She has worked at this iconic three Michelin starred restaurant for five years and climbed the ranks under chef patron Matt Abé to become Senior Sous Chef. Find out more in our interview with Kim Ratcharoen about her experience on Great British Menu. 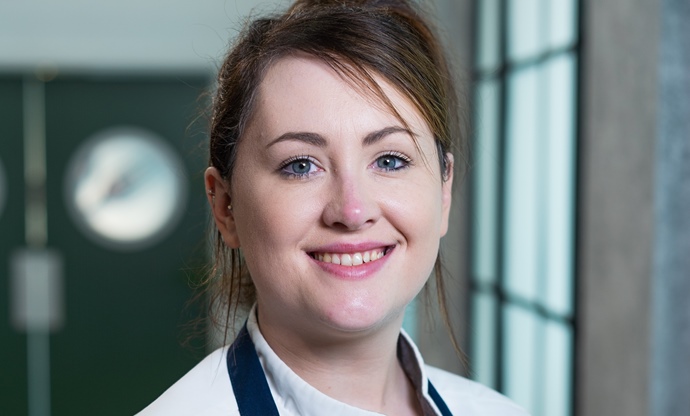 Also new to the show is Gemma Austin who will be representing Northern Ireland. She went into cheffing aged 21 taking her first job at Slims Kitchen on the Lisburn Road where she cut her teeth for a year while doing a Culinary Masters Course.  Gemma worked at the Fitzwilliam hotel in Belfast (5* hotel) where she rose to head pastry chef, before moving to luxury hotel The Old Inn, Crawfordsburn (4* hotel) where she worked all the sections and eventually became sous chef. Find out more in our interview with Gemma Austin about her experience on Great British Menu. 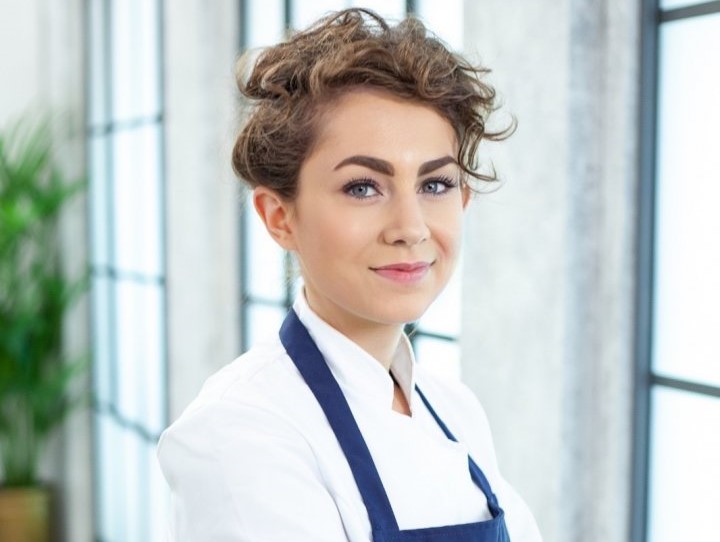 Ruth Hansom has won a plethora of awards and was the first woman to win the Young Chef of the Year Award in 2017. Since then Ruth went on to compete to represent the UK in the Bocuse d’Or and you can catch our short podcast with Ruth  Hansom about that experience. Now Head Chef  at The Princess of Shoreditch in London, she will be representing the North East and hoping to make it to the banquet again.  Find out what happened when we spoke about her experience on Great British Menu in 2020. 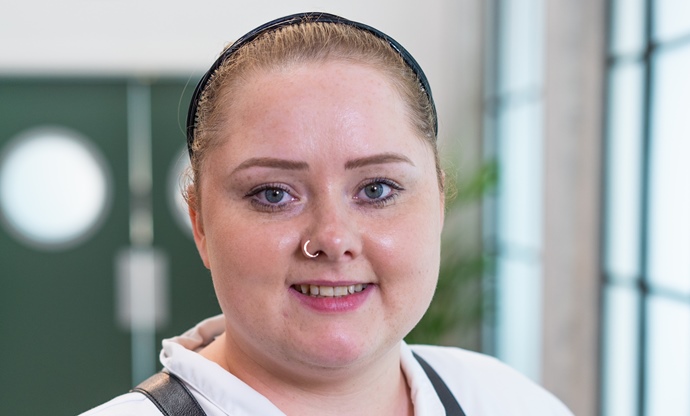 Elly Wentworth will represent the South West for her first time on Great British Menu, although you may also recognise her from MasterChef The Professionals. She took part in the prestigious Royal Academy of Culinary Arts and was one of four chefs to receive an Award of Excellence.

Elly has worked at some of the best restaurants in the South West: the 3 AA rosette Tanners Restaurant in Plymouth under Chris Tanner and James Tanner and then in three one Michelin starred kitchens – The Elephant under Simon Hulstone, The Bybrook at the Manor House under Richard Davies and Restaurant Hywell Jones at Lucknam Park. For the last two years, Elly has been Head Chef at the Angel in Dartmouth where she has gained a Michelin plate in the guide, 2 AA rosettes and Taste of the West’s Best Fine Dining Restaurant 2021. Catch up with our Great British Menu 2021 interview with Elly Wentworth. 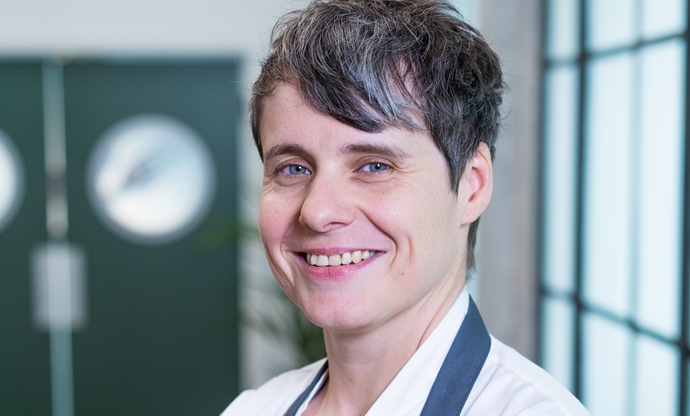 Also representing the South West will be Nat Tallents. She is the Executive Chef of The Box Kitchen & Bar which is a new museum and arts centre in the heart of Plymouth. Previously she was Exec Chef for The Lewinnick Lodge and The Plume of Feathers in Mitchell, Newquay. Nat was also semi-finalist in National Chef of the Year in 2019 and 2021. Find out more in our interview with Nat Tallents about her experience on Great British Menu. 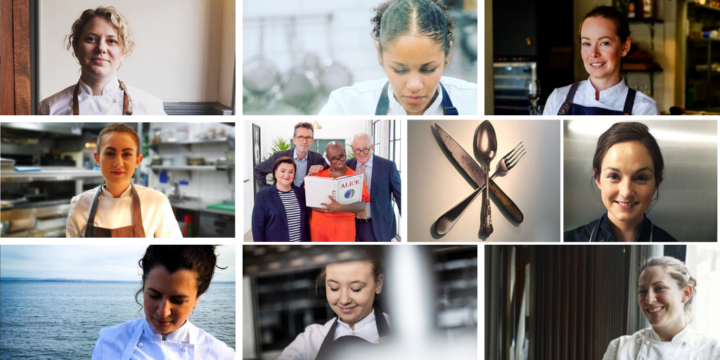 You can also catch up with our  interviews on  the following amazing women who appeared on Great British Menu in 2020 –  Ruth Hansom formerly of Pomona’s who reached the banquet, Amy Elles of the Harbour Cafe,  Harriet Mansell of Robyn Wylde, Sally Abé formerly of The Harwood Arms,  Georgia Sommerin of Restaurant James Sommerin,  Samira Effa of True Foods, Roberta Hall of The Little Chartroom and Shauna Froydenlund of Marcus. They all performed amazingly and did their regions proud.