Great British Menu (GBM) returned to our screens in March for season 15. The BBC2 show puts the nation’s most talented chefs to the test. At Women in the Food Industry we are continuing our series of interviews with the strong female line-up of chefs from across Britain competing to serve their dish at the final banquet. Our co-founder, Mecca Ibrahim, interviewed Georgia Sommerin, senior sous chef at Michelin starred Restaurant James Sommerin in Penarth. 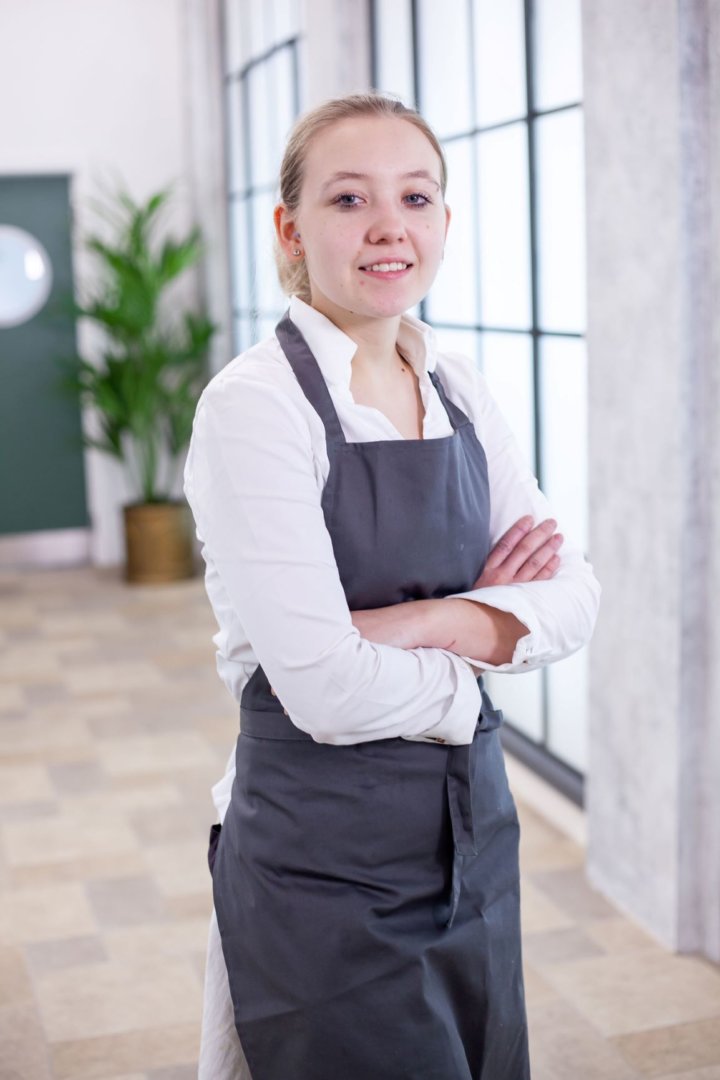 I started when I was 13 working in my Dad’s kitchen as a Saturday job, just to earn a bit of pocket money.  Then I went straight into the kitchen when I left school, so I’ve only ever trained under my Dad.

What are some of the key skills you’ve learnt from your Dad or in general from working in a Michelin starred restaurant?

I can work every section in the kitchen, so have learnt a lot. How to do starters, meat, pastry, veg prep, sauces and desserts. I’ve been taught everything from my Dad. 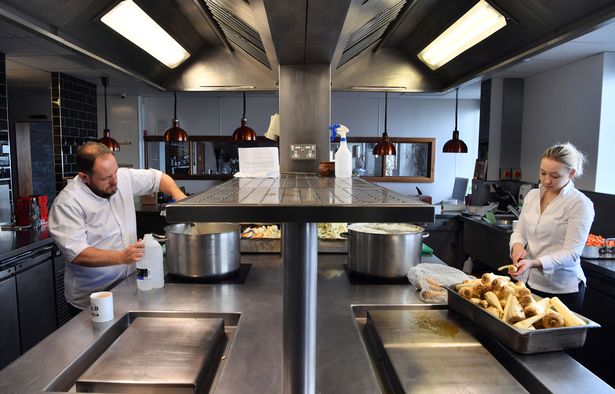 The production company got in touch with me. They sent a camera person across and I did a video audition to decide whether or not I would get on the show. 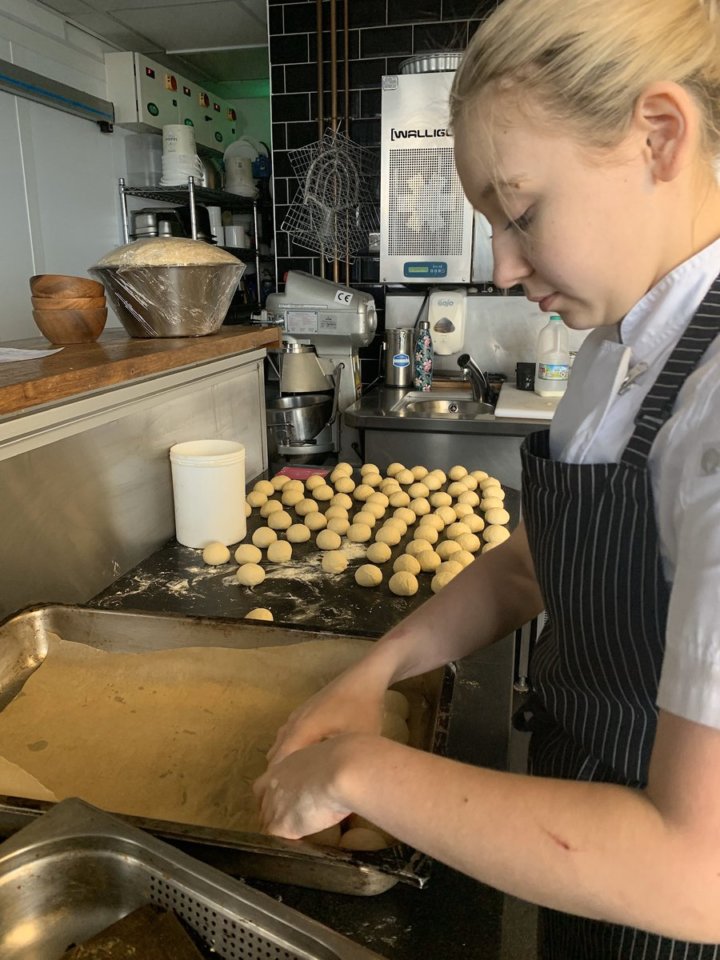 What was it like when you first stepped  into the GBM kitchen?

Very nerve wracking, as you don’t know what to expect and you don’t know who you are going to be up against. Also working around the cameras is an experience, so that you don’t step on their toes and they don’t get in your way too. You’ve normally got so much space in your own kitchen. 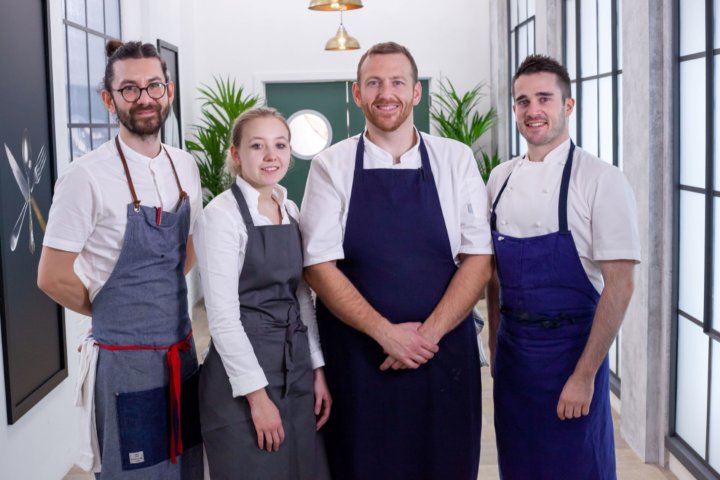 It wasn’t too bad, a bit stressful but when you got used to it. It was all good in the end. We all got on well as chefs

Did you feel any extra pressure from being the youngest person to appear on Great British Menu?

Yes, there was extra pressure with that, as I wanted to prove to myself that I can cook. Also my Dad was on the show 10 years before, so there was added pressure there. But I got through it. 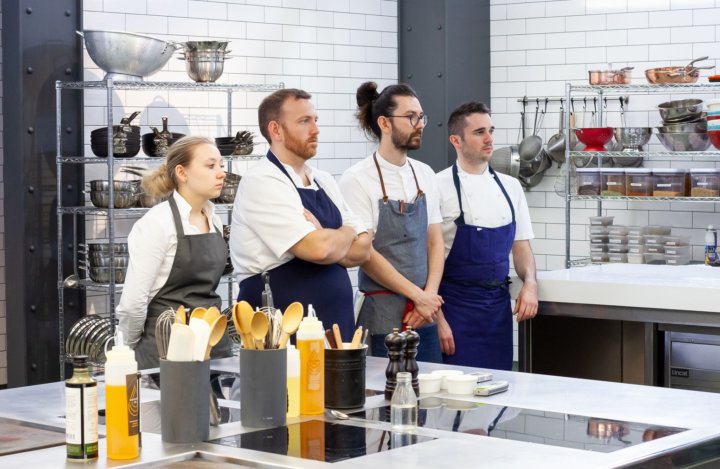 I did lots of menu ideas to start off with and researched different children’s books to see how I could incorporate them into my food. We had to focus on a Welsh theme. I chose Roald Dahl for the theme of two of my dishes, used the Welsh novel Ynys Elen for another course and had a dragon theme for my main course. 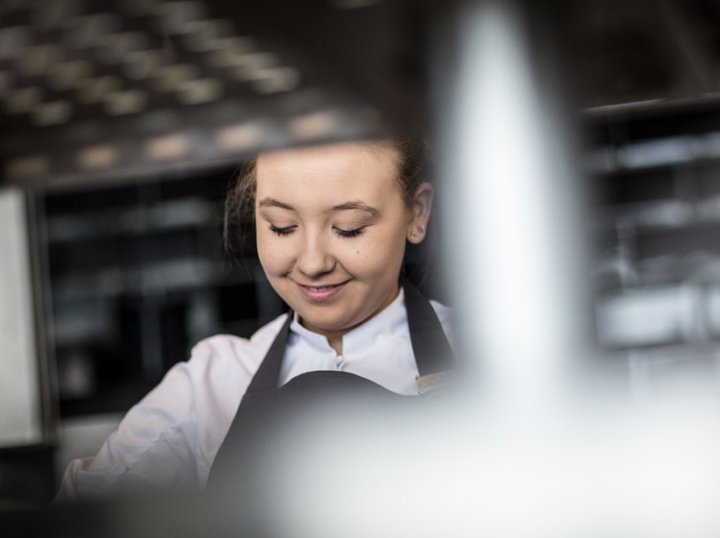 I used props on all of my courses, apart from the amuse bouche. You have a picture in your head with the dishes and the props help to bring them to life. 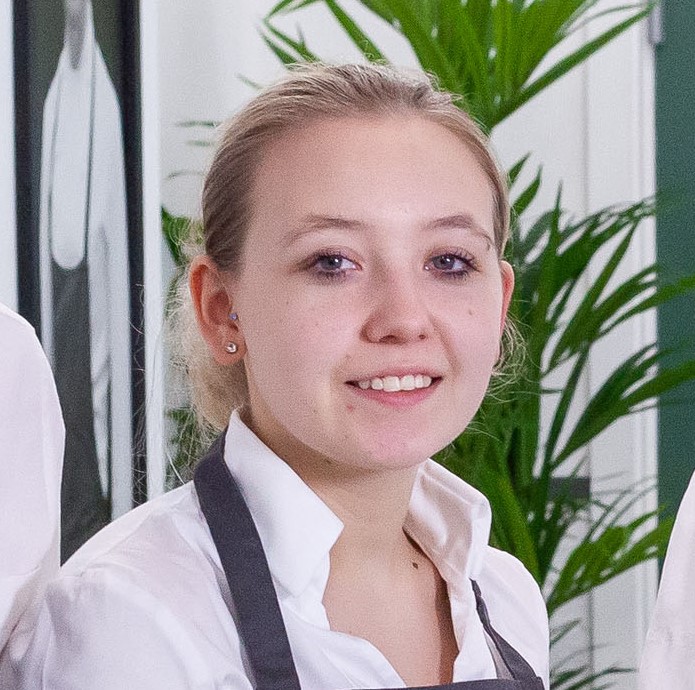 My hardest course was my fish course as it took me a while to settle on a idea. It also had more ingredients than any other course I prepared. There were a lot of elements to it. Fish is a course many chefs find a “make or break” one on the show. 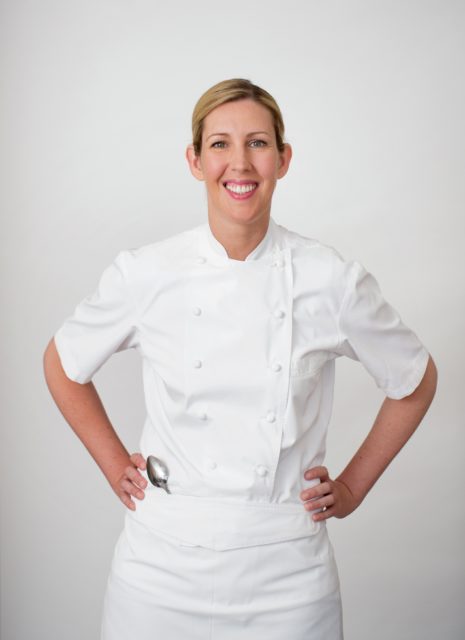 That’s a hard one, as I love and follow so many chefs and look up to them. Probably Clare Smyth as she’s such high female chef in the industry and an inspirational British chef too.

This will sound so bizarre, but it’s tinned peaches and whipped cream. When I was younger I went round my great nan’s and that was the dessert we always had. I fell in love with it and find it a really comforting thing to eat. When you are cooking high end food it’s nice to have simpler food to eat and basic home cooked food.

Finally, what’s the biggest piece of advice you would like to give to someone who wanted to be in your position?

Work hard, be strong minded and push hard for what you want.