Great British Menu (GBM) returns to our screens on 18th March 2020 for series 15. The BBC Two show puts the nation’s most talented chefs to the test. At Women in the Food Industry we are interviewing the strong female line-up of chefs from across Britain competing to serve their dish at the final banquet. To kick start the series, our co-founder, Mecca Ibrahim, interviewed Sally Abé, Head Chef of The Harwood Arms, London’s only Michelin starred pub. Originally from Mansfield,  Nottingham, Sally is representing the Central region. 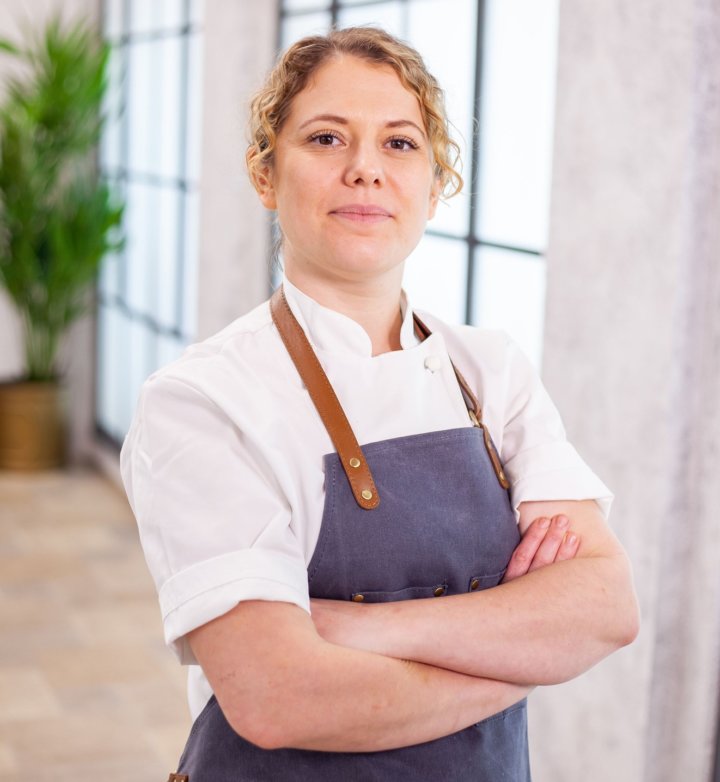 When I left home, I fell in love with cookery as I was cooking for myself for the first time properly. I decided to pursue a career in it and went Sheffield Hallam University to do a culinary arts degree. It was a business management degree and the lectures were based more around the theory of running a hospitality business. But we got the opportunity to do a year in industry and I took on what was originally a 6 month kitchen and 6 month front of house placement at The Savoy. But I knew when I was in the kitchen, I loved it and it was what I wanted to do. So I just stayed and didn’t go back to university.

What did you learn from your first experiences of working at Michelin starred restaurants?

I learnt attention to detail, precision, organisation and how to run a kitchen. It’s all very precise and in the main you learn about quality and consistency.

You offer some great benefits to staff at The Harwood Arms such as yoga mobility classes and employee assistance schemes, how did these come about?

The mobility class is my personal trainer and we thought it would be good for our staff to have the opportunity to try it. Some of the staff can touch their toes now which they couldn’t do before! It might sound silly, it’s quite a good achievement if it’s something you couldn’t do.

With the Hospitality Action Employee Assistance Programme, I’m quite friendly with Amanda Street, who is doing lots of work around mental health in hospitality. She told me about the programme and I thought it was crazy that we didn’t have it. It’s been really helpful as they offer counselling, therapy, legal & financial advice and other areas like that which I obviously want to help with, but there’s only so much you can do as a chef.  So I can direct people that need help in those areas. We pay for it and it gives people an opportunity for support which they may not have had access to before. 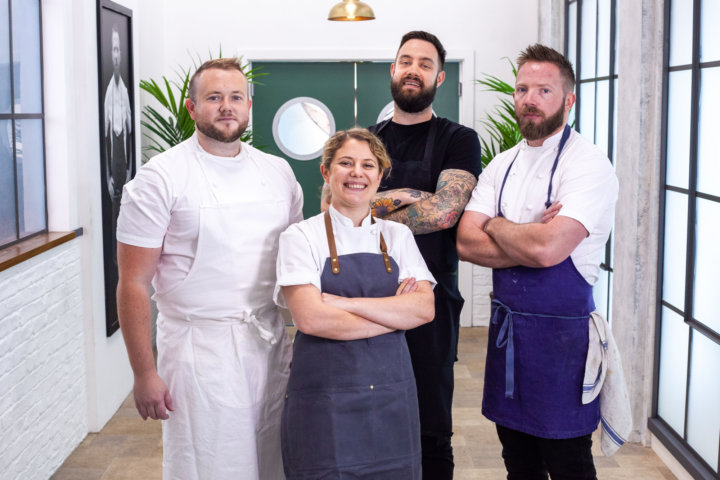 They asked me last year, and I was really short staffed at the time so I couldn’t do it. They asked me again this year and when they told me the brief I was really excited about it and really keen to take part.

You’ve already won all kinds of accolades, you’ve kept The Harwood Arms Michelin star, The Harwood Arms is number one in the Top 50 Gastropubs and you were named Gastropub Chef of the Year – are you under a lot of pressure to get to the banquet of Great British Menu? How will it feel being judged on TV?

Obviously, the whole reason of going on the show is to win, but I’m not a sore loser. I know that I can cook the best food that I know how to cook. As long as you stay true to yourself, it doesn’t really matter where you come. You get the opportunity to showcase yourself and your food.

I haven’t set out to be a TV chef but I do like the idea of inspiring people to cook my food and share my values.

Luckily enough my mum was a primary school teacher and that’s why the brief was so close to me. I was reading from the age of about 3.  When I was a kid I used to spend every weekend in the library with my nose in a book.

There are two extra courses on the show this year, which was the hardest course to prepare for?

The fish course. They want you to use as many local ingredients as possible. Being from Nottingham there’s no fish, so you have to use some artistic license. 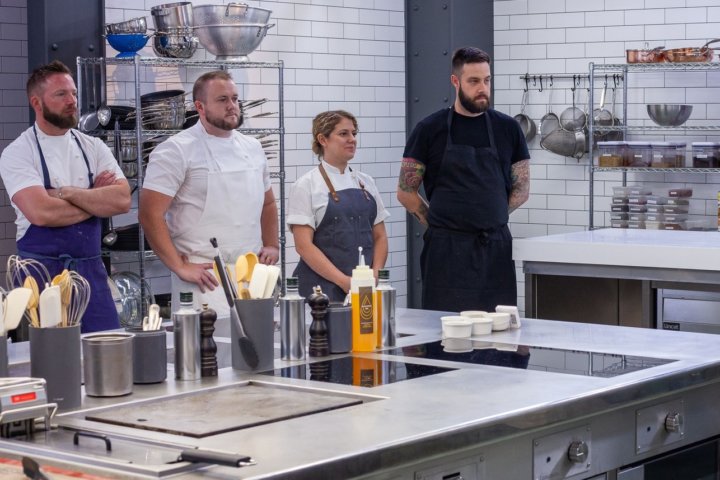 We’ve had more women than men in the kitchen for a long time. A balanced workplace makes a happy workplace. You need to have people from all walks of life – gender, sexuality, race and a mixture of that makes it a fair and cosmopolitan place to be. You don’t get bogged down in a certain mindset and it makes it a better place to work. Also because I am a woman and do voice my opinion on empowering women, I think more women tend to gravitate to our kitchen because of that. It’s about showing women that they’re perfectly capable and shouldn’t be put off professional kitchens because of their gender.

I didn’t go too all out, but without giving too much away, I think my dessert is the most “proppy”. 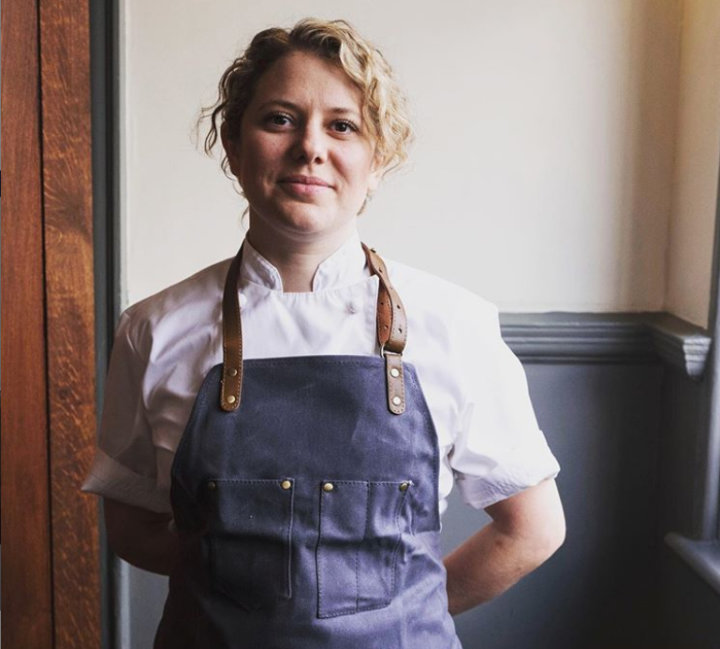 It would have to be Brett Graham. I have worked with him for about 8 years now and he has supported me not just in a creative aspect, but in every aspect of running a business.

Just believe in yourself. Confidence is everything when it comes to cooking. You need to look inwards before you can look outwards.