Great British Menu (GBM) returned to our screens in March for season 15. The show on BBC2 puts the nation’s most talented chefs to the test. At Women in the Food Industry we are continuing our series of interviews the strong female line-up of chefs from across Britain competing to serve their dish at the final banquet. Our co-founder, Mecca Ibrahim, interviewed Amy Elles, Head Chef of The Harbour Cafe in Fife. 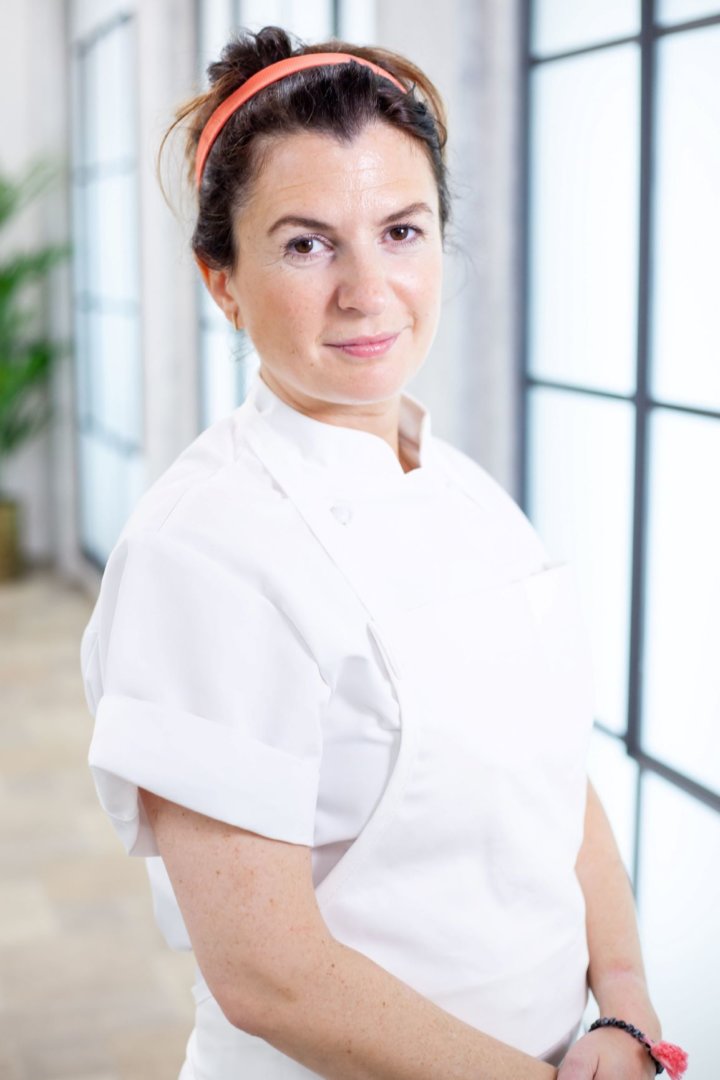 I started when I was about 15. My mum had a PR agency and her clients were all in the fresh produce world. So I helped her out doing food demos in Harrods and Selfridges. Then I became a party planner for Harrods and was liaising with the chefs the whole time and fell in love with the kitchen. I did food prep in most of my lunch hours and a year later, the head chef said “Why don’t you move down here permanently? We’ll send you to college once a week and you can become a chef”. I agreed, went to Westminster College and was trained in-house at Harrods too. You had the most incredible chefs to help and I’ve never looked back since.

What were some of the key skills you learnt from your first experiences of working at Michelin starred restaurants like The Fat Duck and Moro?

One of the first things you learn straight away is whatever you are doing has to be perfect. You have to strive for perfection and when you get it right, that’s brilliant, but you have to get it right all of the time. It’s all about consistency.

So perfection and consistency is up there, also working under  huge pressure, keeping a steady hand and not letting anything go out of the door unless it’s perfect. Even if  it takes 10 plates to get a perfect plate, which I had to do one time, you’ve got to do it. 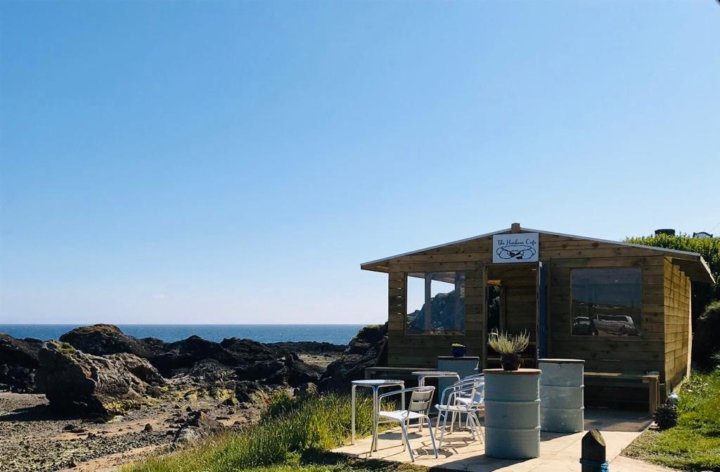 What was the turning point that made you decide to open up your own restaurant in Fife?

My husband Jack and I started The Laughing Stock 10 years before which was a mobile street food company. We always wanted to have our own place. We also have Stocks Events which is our catering company. Then I had quite a few babies. I was walking down the road with my third baby, Isabella who was four months old and in the newsagent’s window in Fife I saw an ad for The Sailing Club, which was basically this “hole in the wall”. I said to Jack “This is it, we’ve got to do this”. He said “Go for it” and we got it. Thankfully we got lots of support from The Harbour Trust, who owned all the land around it. Then Jack built the most stunning structure around it which was the cafe. It was a crazy time, as the second opening weekend was Isabella’s baby blessing. 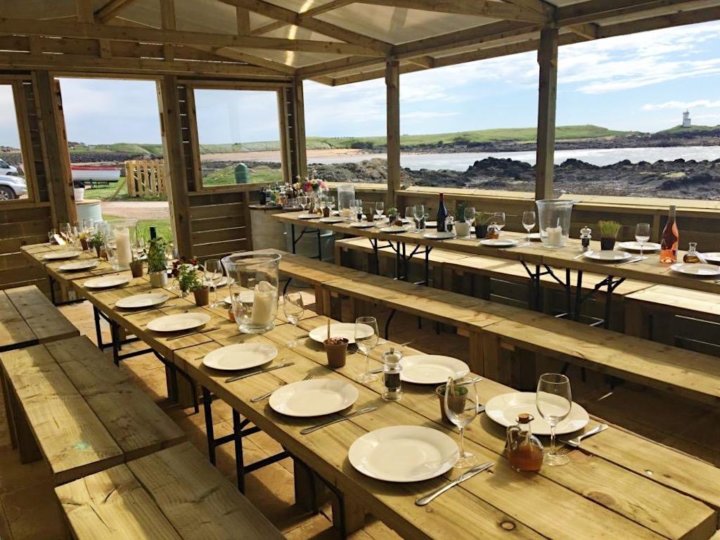 How do you balance work with your family life as you have three young children?

It’s ever changing. You think you have a great balance and then it changes as one of your staff calls in sick, or your own child is sick. I work three days a week and for me that works well. The cafe is seasonal which is helpful too. It is achievable to be a chef and a mother, but you’ve either got to have supportive bosses or you create something that works for you.

This is your first time on the show, how did you get onto Great British Menu?

I was lucky, the producers  approached me. The brief was incredible and I wasn’t having another baby, so I knew I could do it! I have always wanted to be on the programme and it was brilliant.

The pressure of the cameras was the biggest concern, but when I was in there I was so busy I didn’t even see them. So it didn’t bother me. 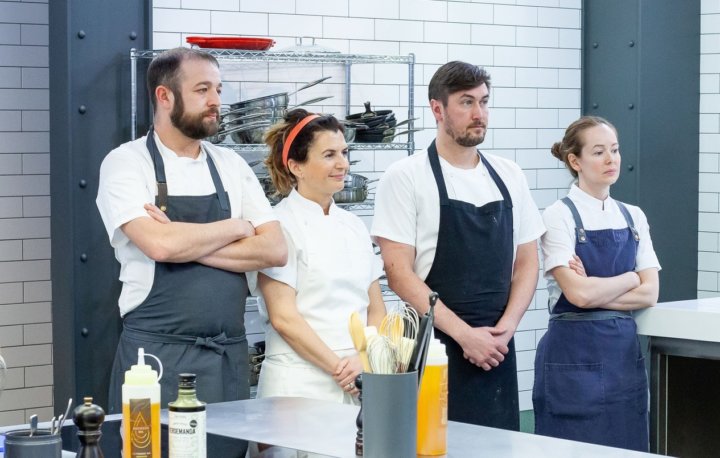 I stuck to mainly Scottish authors and used people that I knew and stories that I grew up with. Also stories that I told my children. I’ve got these three brilliant children that I read to the whole time, so it was really good way to exercise some of that craziness.

The one I got stuck on was probably my main course. I wasn’t stuck on inspiration for any of them, but with the main course it was about refining it. The course has to tell a story. As a chef you are creating this dishes in your head and wanting to please your customers, but on the show you really have to tell a story with each dish. 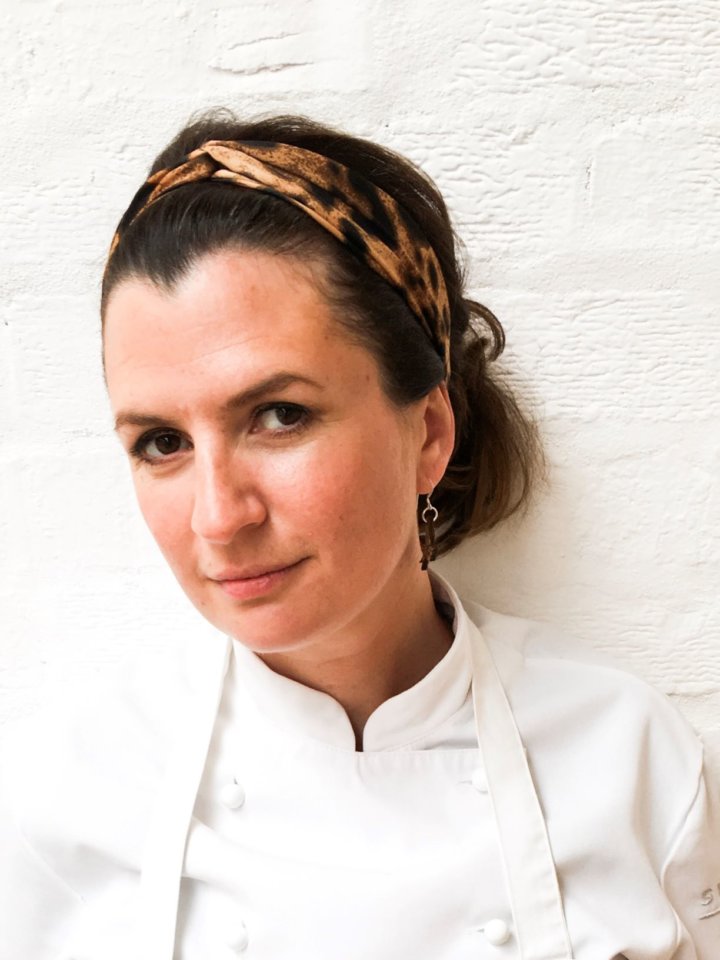 Last year, I don’t think it was that prop heavy. It’s one of those questions that people ask when they know you’re going to be on “Oh you’re going to use lots of props”! But I thought, I just want to be myself and if it means that props are going to come into this, so be it. It’s like fashion and each year there’s a different way and a different style of presentation. Plus a banquet is a banquet – it’s in the name. They are theatrical and should be good fun. You’re not just sitting in a restaurant, there has to be drama. But as long as you’re comfortable and being yourself you can find a middle ground. 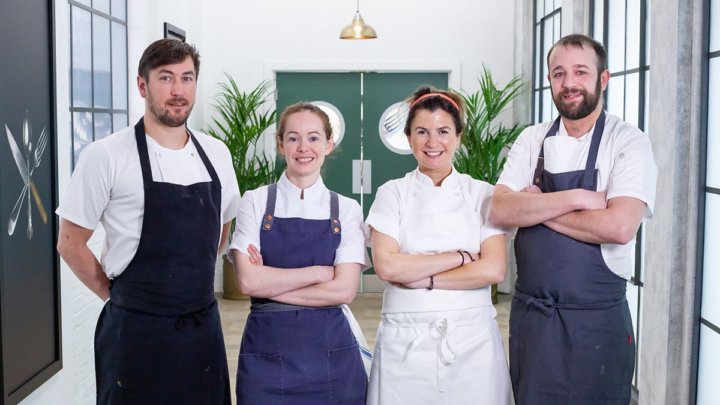 In your round there are an equal number of men and women chefs, and we’ve seen the biggest number of women taking part in GBM this year, why do you think it’s important to have at least equal numbers of women in the kitchen?

A chef is chef  and is a “breed” more than anything else. You should look after each other regardless of gender. It’s always good to see more women in the industry.  For that to happen you need to be able to know that if you do want a family, that is possible as well as having a career in the kitchen. But also not to assume that everyone does want to have a family.

I loved being with Roberta Hall on Great British Menu, she is fantastic. I can’t tell you how much we leant on each other, it made it way more fun and interesting. 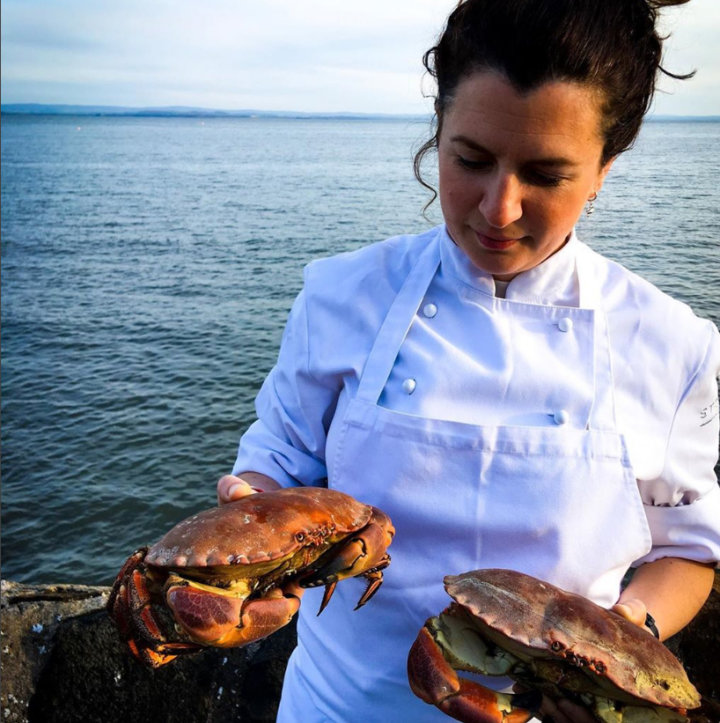 There have been a few. But I would say Sam Clark. When I left The Fat Duck I went to Moro and Sam (the male Sam Clark of Moro) gave me a huge amount of confidence to be really, really creative and really use my flavours to a maximum. It was fun. I was finding my feet at that time. Each plate could be different, which was not what I was used to, so I learnt to have more fun.

Soup. We eat soup the whole time in my house. Every time it’s different and it couldn’t be more different each time we eat it.

Have faith and be yourself. Be creative, there are no rules. You are so busy when you are working in someone else’s restaurant and you are so focussed, it’s very difficult to come up with your own ideas. You have to have a break of some sort to be able to create your own dishes.