Great British Menu (GBM) returned to our screens in March for season 15. The show on BBC2 puts the nation’s most talented chefs to the test. At Women in the Food Industry we are continuing our series of interviews the strong female line-up of chefs from across Britain competing to serve their dish at the final banquet. Our co-founder, Mecca Ibrahim, interviewed Shauna Froydenlund, joint chef patron and business partner of  Marcus. 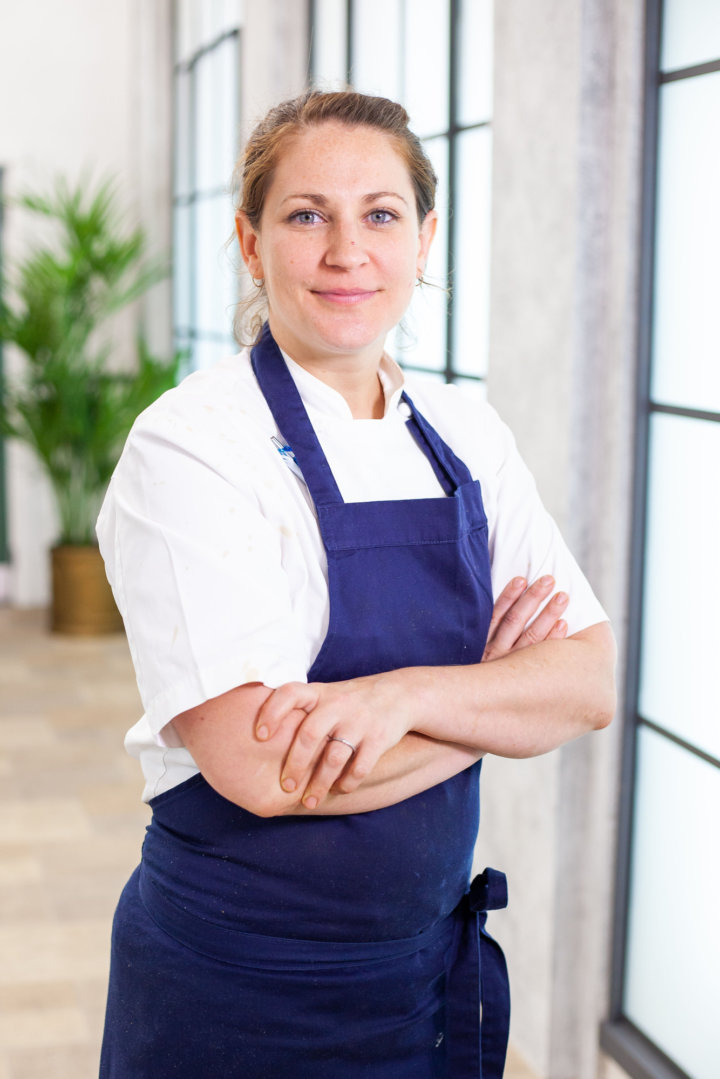 I come from family of restaurateurs, my dad and his sister have had restaurants my whole childhood. One of my first jobs was working for my dad when I was 15 and it was always something that was in my blood. When I was doing my A levels and applying for university, my Dad said hospitality is very tough industry and I think you should look at something else. The deal with my Dad was that I go to university to study the business side of hospitality and  understand the bigger picture before going straight into a restaurant.

I went to Sheffield Hallam University like Sally Abé and my placement year was in Petrus, which was the first professional kitchen I walked into. I cooked for the whole time I was there and went back to Sheffield to finish my degree. When I had graduated, I had the bug for cooking, so I returned to London as I had kept in touch with Marcus Wareing & Chantelle Nicholson (who I was closely working with). Marcus had moved on from Petrus and was now at the newly opened Marcus Wareing at The Berkeley.

What were the most challenging things you learnt when you moved from college to working at Petrus?  How did the practice differ from the theory?

It couldn’t have been more different. It was a hard industry back then, it was quite aggressive. It was tough and a huge mental challenge more than anything. On four hours sleep you had to convince yourself that you could work in a busy kitchen and do it every day. 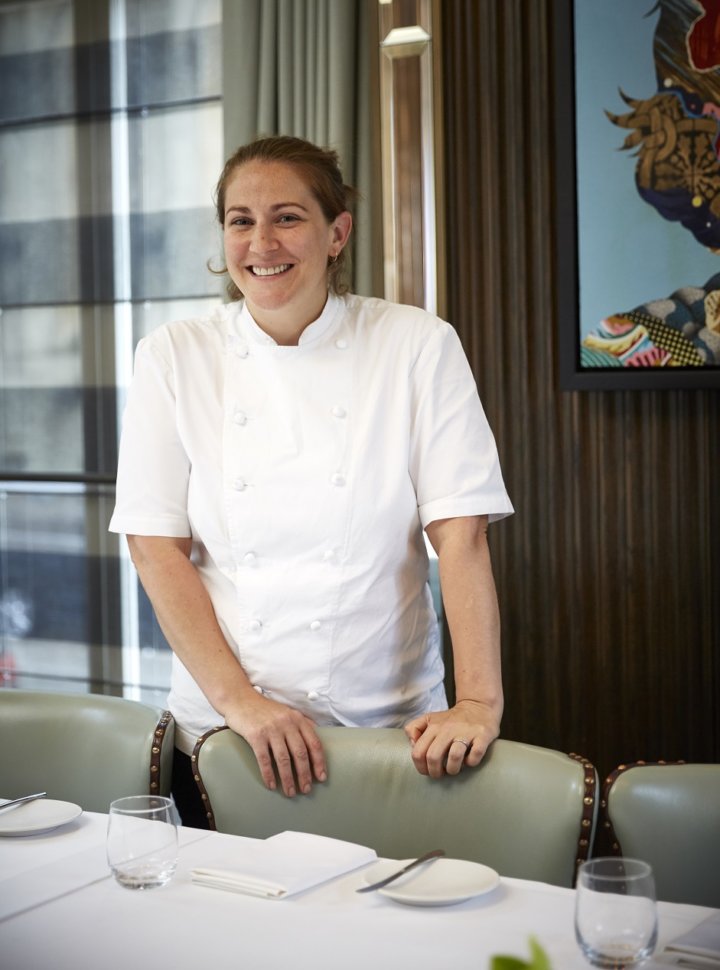 You’ve worked with Marcus Wareing your whole culinary career, what have been the biggest highlights or areas you are most proud of?

Just moving around the kitchen and moving up the ladder, has all taken its time. I never rushed too much into it and which set me in solid ground. I embraced challenges and made sure I didn’t run before I could work.  I met my husband Mark at Marcus which was amazing. I think about what that restaurant was like, when I walked in as a 19 year old, to what it’s like now, and it’s is like chalk and cheese.  It’s an amazing place to be, we’ve got a massive team and a committed team and I am really most proud about how its moved on. 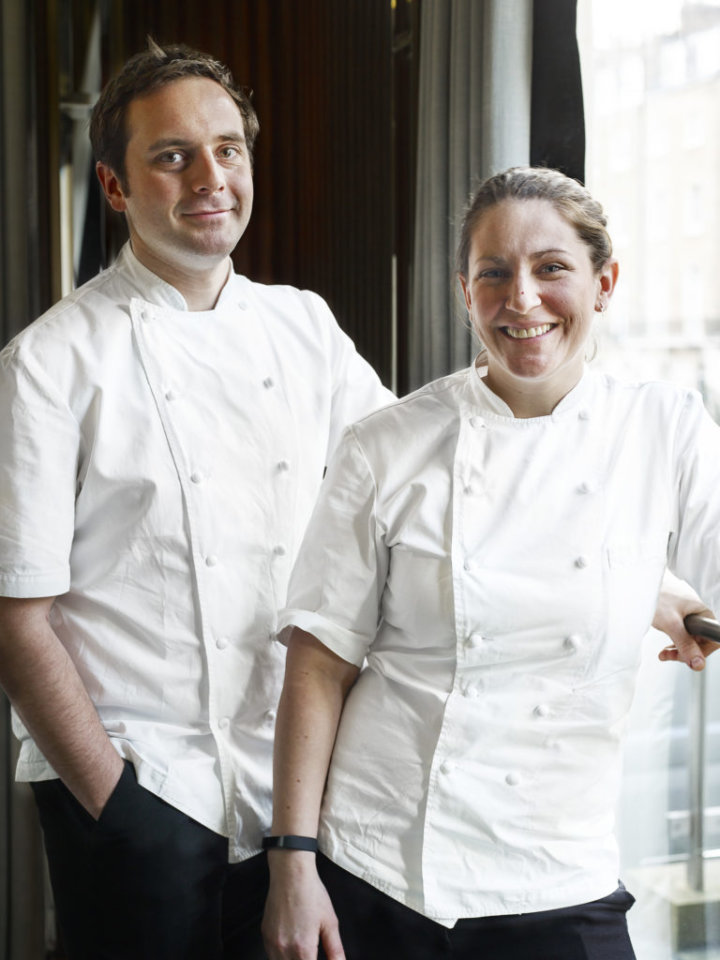 You met your husband Mark at work and you are now joint patrons of Marcus with him, how do you balance work with your family life?

It is a challenge no doubt about it. When it was just Mark and myself, we threw ourselves into work as we didn’t know anything else. But when you throw a baby into the mix (Shauna & Mark have a two year old daughter), it definitely throws things up in the air. That’s where we are very lucky with the relationship we have with Marcus. I very much wrote my role to suit family life and we have stuck with that. One of us is always at the restaurant, and we have one family day, which we never miss. We also have family support as Mark’s parents live close by, which is amazing. 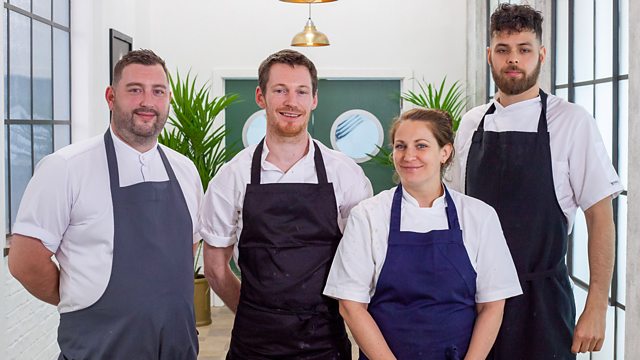 You have been on Great British Menu before in 2018, do you feel there is extra pressure to represent your region in finals week?

The first time I did it was nerve wracking and I was kind of terrified when I look back on it. I took it too seriously I think. The NHS  brief was serious, but they do want it to be fun as well as you are showcasing your personality. This time round I felt more relaxed. But there is huge pressure, when you’ve done it before as people expect you to know what you are doing.

How did you find working in the new GBM kitchen under the eye of the cameras?

The old kitchen was quite tough to work in. It was much smaller and unbelievably hot and this kitchen is luxury in comparison. It’s an amazing set up. There is loads of space and you actually forget the camera is there as a result.  With an extra chef in the kitchen, I thought it might be cramped, but it wasn’t it created more of a buzz, which was great. 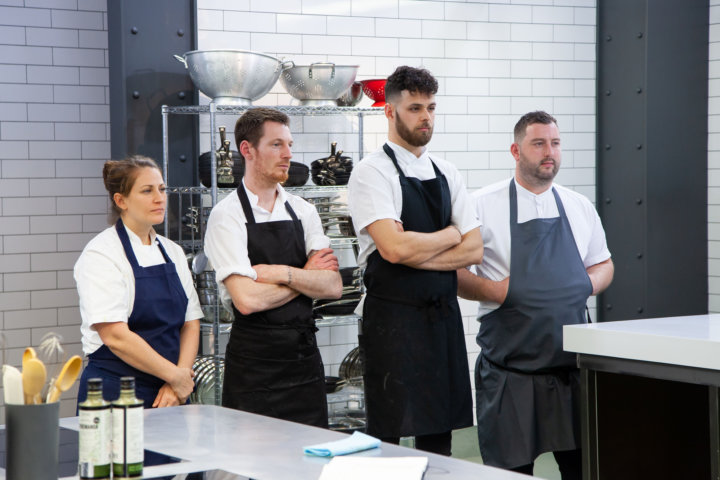 Probably my dessert, I felt a huge pressure for, I spent a lot of time in pastry and this course  was dedicated to my daughter, so meant an awful lot to me. With pastry, technically you want it to be perfect.  I didn’t struggle with it and throughly enjoyed doing it, but I felt huge pressure with that course. Inspiration wise, the one I struggled with the most was fish. There’s almost too much choice when it comes to stories around fish. 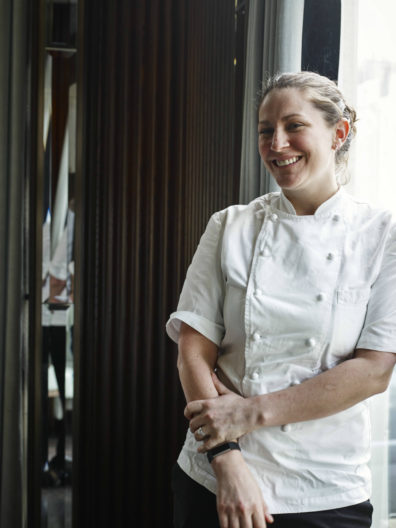 Props are a tough one. For me it’s always about the food, but you have to tell a story in the plate. I didn’t go too prop heavy and made it personal.  Again I went back to my mum and raided her kitchen, and she has some old silver that I borrowed. I used items that were personal to me to tell the story. 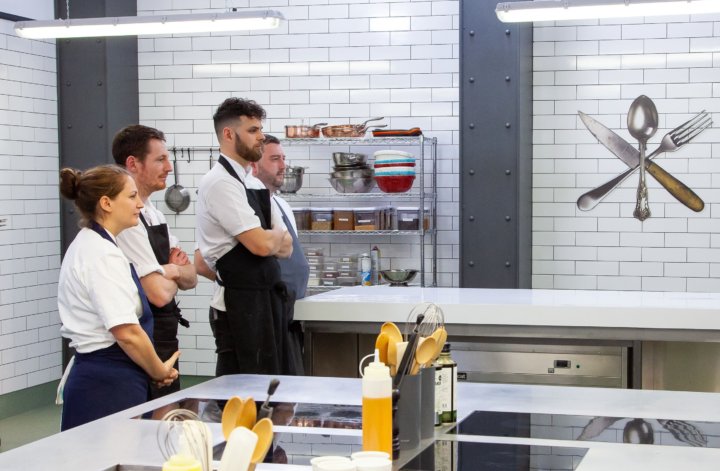 We’ve seen the biggest number of women taking part in GBM this year, yet you’re the only woman in your round.  Have you always worked in kitchens where women have been in the minority? Do you think it’s important to have more of a gender balance?

Absolutely. We have peaked and troughed with females in the kitchen. Sometimes there’s loads and sometimes there’s not. The more you build women in the team, the more people stick. It’s good to have female companionship when you are in a large kitchen. We have over 20 chefs and having more women brings a nice balance into the kitchen. 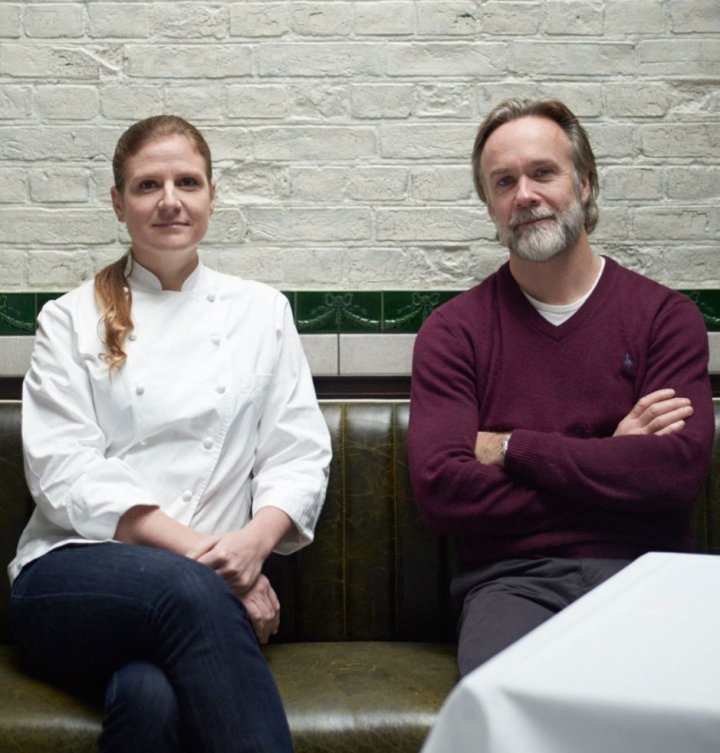 My biggest inspiration has got to be my father as he got me started and keeps me on the right the track. When I first started out professionally it was all about Marcus Wareing and Chantelle Nicholson.  Now I have moved up now,  I have more freedom to cook at  different events and cook with different people.  There’s a great group of Irish chefs in London, so I have got to do some really cool work with Richard Corrigan, Anna Haugh and Marguerite Keogh.  This has been really inspiring.

Noodles. They are my go-to. I absolutely love spicy noodles.

Have a bit more confidence in what you are doing. I always question things a bit too much instead of just embracing it, taking things on board and getting on with it.  It’s taken me a long time to get that confidence, and maybe that’s because I wasn’t classically trained. Listen to what you are being taught and shown and take it all on board.