Great British Menu (GBM) returns to our screens in March 2021 for series 16. The BBC Two show puts the nation’s most talented chefs to the test. At Women in the Food Industry we are interviewing the strong female line-up of chefs from across Britain competing to serve their dish at the final banquet. Continuing our series, our co-founder, Mecca Ibrahim, interviewed Kim Ratcharoen Senior Sous Chef at 3 Michelin-starred Restaurant Gordon Ramsay in London. Originally from Suratthani, Thailand Kim is representing London and the South East. 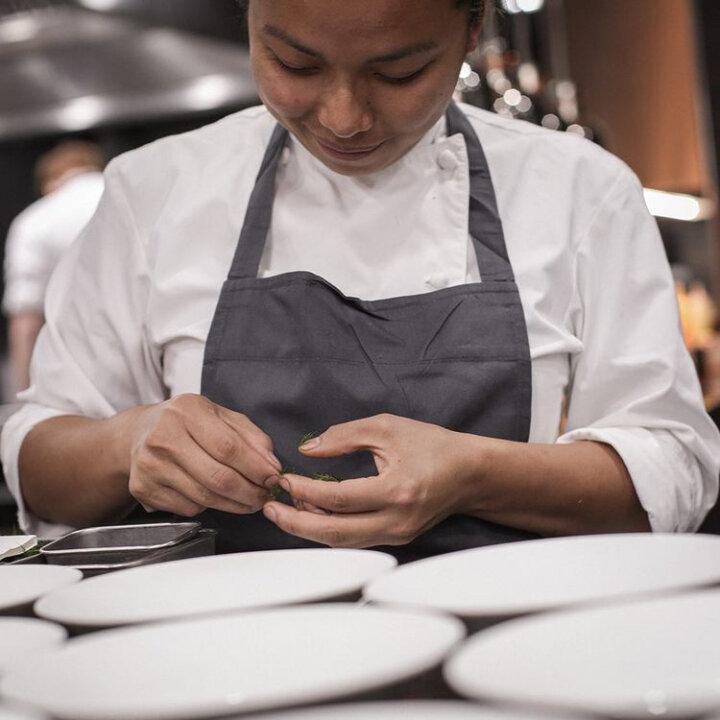 When I was growing up with my Grandma we were always surrounded by food as it brings families together.  When I went to university, I was always cooking for my friends.  After my degree, I went back to college and did a year of cooking and hospitality and was thinking more seriously about being a chef. I worked with Michael Bremner of 64 degrees for one year. After that I got in touch with a lady who was a chef scout and I asked if I could do a stage for Restaurant Gordon Ramsay. I was really determined and focused to do well and I always wanted to work for one of the best restaurants in the country. I did a one month stage for free and at the end of it got offered a job and I’ve been there ever since.

What were some of the key skills you learnt from your experience of working in a Michelin starred restaurant?

I learnt a lot about food and ingredients and appreciating products and how to treat them and cook them to the best standards. I also at the same time I learnt about finesse, plating detail and the importance of balancing  flavours. 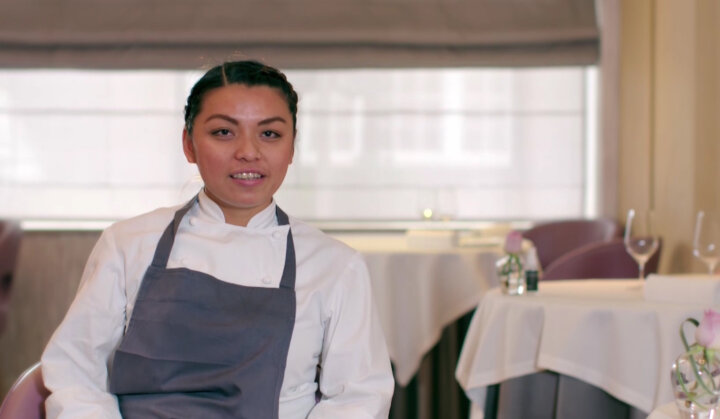 The show got in touch with me through Instagram. Chef Sally Abé  (representing the Central region in 2020) who is married to Chef Matt Abé at Restaurant Gordon Ramsay, said to me that I should go on the show. I was a bit nervous as I wouldn’t have thought about doing something so big on national TV. Especially as I’m a sous chef and will be competing against Executive Chefs or Chef Patrons.

To prepare, there was a lot of thinking between mainly me and Chef Matt and I practiced a lot during the second lockdown.  I was in the kitchen every day during that lockdown, it was very difficult to practice when the restaurant was still open.

At first I was quite scared and nervous under the cameras, but I got friendly with the camera man. I kind of took it as if I was teaching someone to cook at the same time. When it came to cooking it was quite natural in the end, so I tried not too think about the cameras too much. 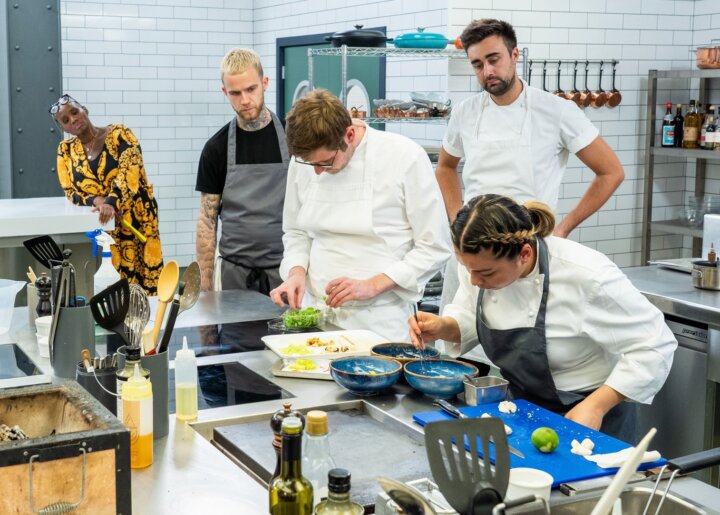 The hardest was probably my main course. I only spent one week on developing it, I wasn’t really sure if it was going to work out and there were a lot of elements to it.

I did as much as I could. I didn’t want to steer the focus away from the food as that was more important to me than the props. So maybe compared to other contestants I didn’t focus on the props as much. 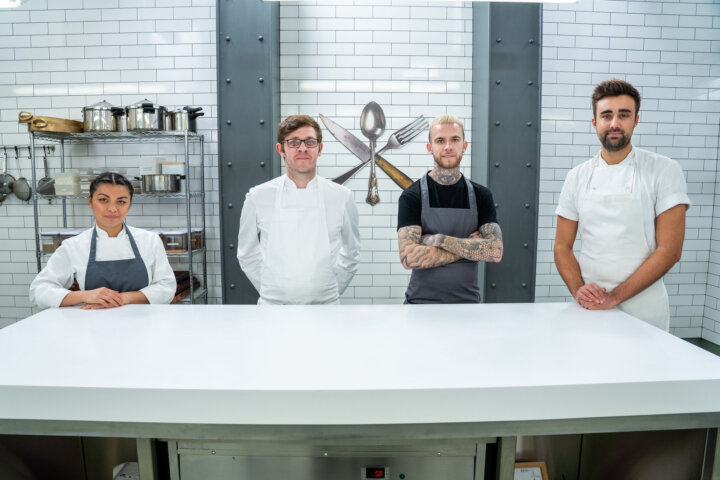 My grandma is my main inspiration. I spent a lot of my younger years with her. She really taught me how to cook and she also really got me through working at Restaurant Gordon Ramsay. However, in terms of a mentor it has to be Chef Matt Abé, without him I wouldn’t be the chef that I am today. 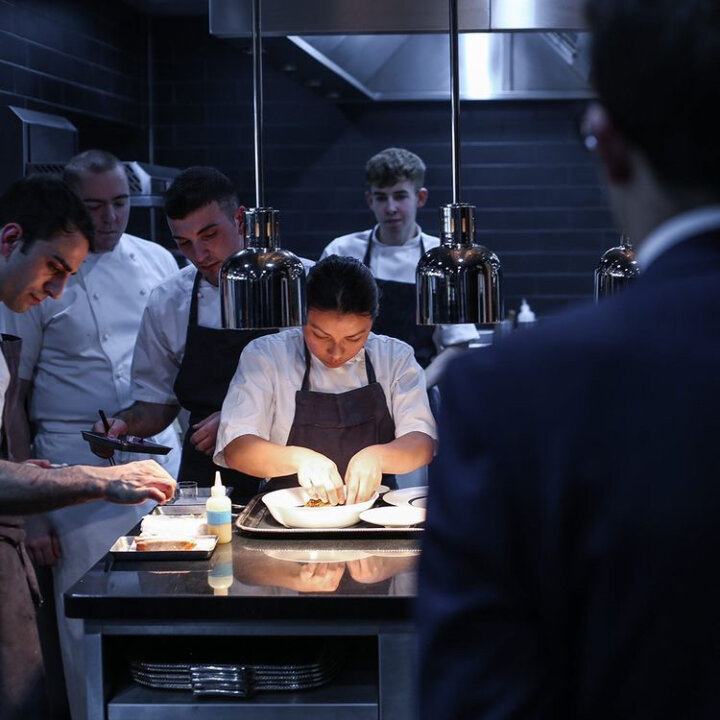 Egg fried rice. I grew up with rice and in Asian countries you have it for breakfast, lunch and dinner. I don’t think I could live without rice (or noodles)! 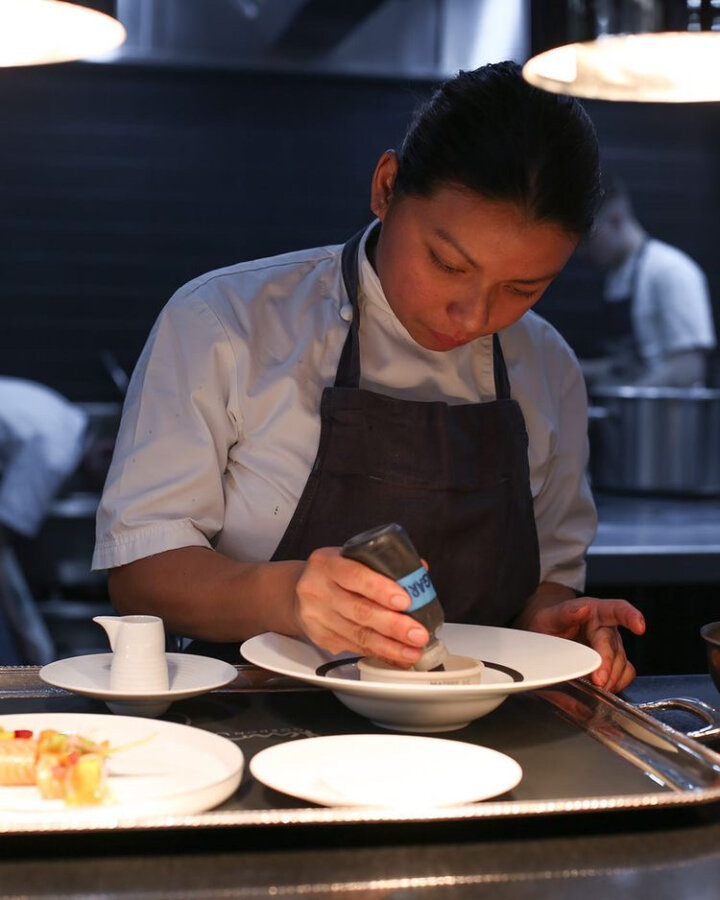 I would have said to myself that success comes from hard work. I only realised that I wanted to be a chef when I was 25, so in comparison to others, I haven’t had a lot of experience with other restaurants or seeing different cuisines. I went from 64 degrees and went to Restaurant Gordon Ramsay straight away and I would have liked to have worked in other restaurants when I was younger.