Women in the Food Industry Review of Taste of London 2019

Posing in front of the giant letters, selfies with celebrity chefs, checking out chef demos, getting rained on, trying samples of  food from London’s leading restaurants, getting rained on, drinking gin, tasting tea, chomping cheese, and eating olives in the rain, that can only be Taste of London.  Love it or hate it, our co-founder, Mecca Ibrahim, visited what is still London’s biggest food and drink festival and shares her thoughts and highlights of the four day festival which runs from June 19 – June 23 in Regent’s Park. 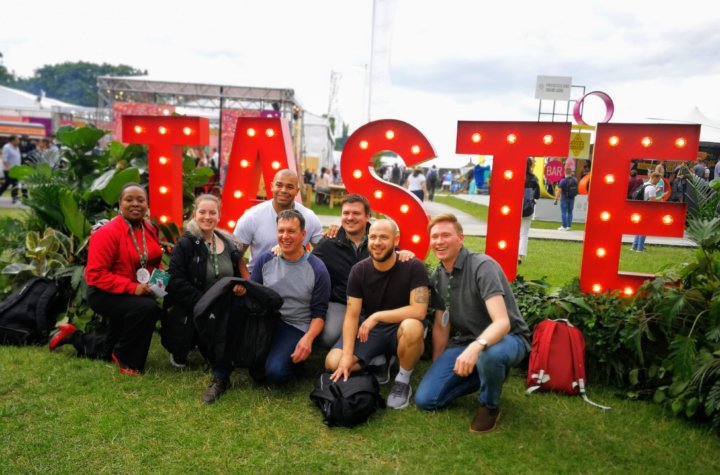 It can be said that I’m a Taste of London veteran, my first ever visit was in 2008 with my friend & food writer Niamh Shields and Heather Rankin (who’s now co-owner of Obladee a wine bar in Canada) . Look at how happy we are in the photos below. The sun was shining. I had eaten loads of great food. Sampled restaurants I would not have normally been able to afford eating in. I had met chef Tom Aikens and his chef twin brother Rob (who now cooks in the US). I’d even had my photo taken with TV chef Gary Rhodes. 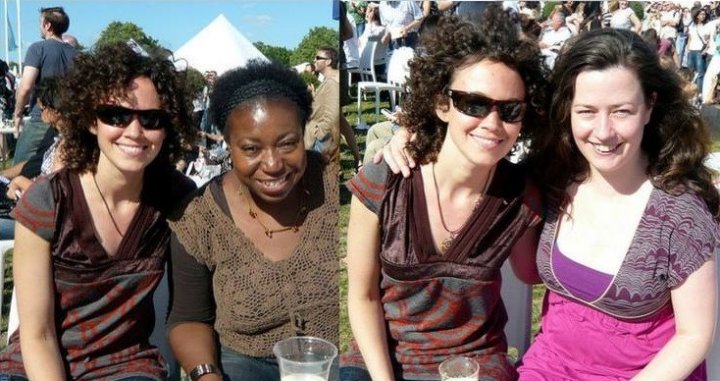 Fast forward to 2019 and me and Niamh are decade older, a bit grayer and Taste of London has changed  – A LOT.  Drinks at Taste of London are much, much bigger. The posters that advertise it, don’t even feature food anymore, but a woman sitting in a deckchair drinking Processo.  The headline sponsors (in the main) are drinks companies. Should Taste of London be renamed – Drinks of London? Is it still worth going to if you like good food? 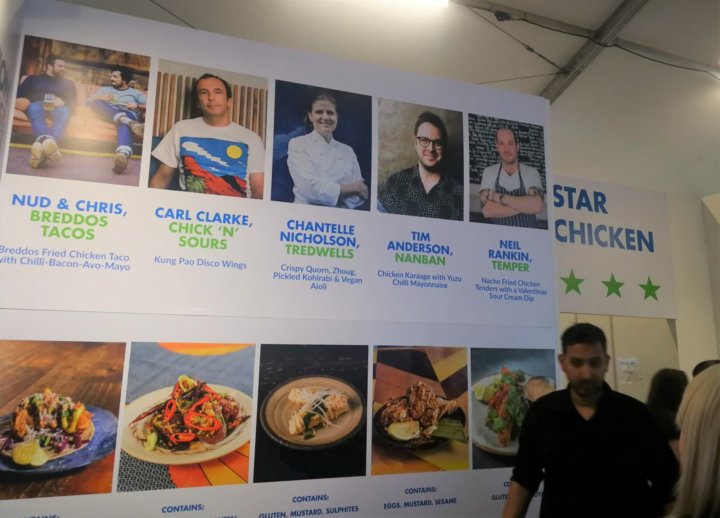 On balance I’d say yes.  You could argue that Taste of London still reflects London’s food scene. It’s a scene that is centred around diversity, a love of good pop ups, a feeling of wanting to be the first to say – “have you eaten at X yet – it’s amazing” or “you must go to that market at Y & try Z it’s amazing”. It’s probably the biggest city in the UK where people take photos of their food. Where are the biggest profits in hospitality? They’re centred around drinks.  So do the maths – cater to a selfie taking audience who can afford to pay £23 just to get in, and you can see where the festival is heading.  But enough of my opinions onto my highlights. 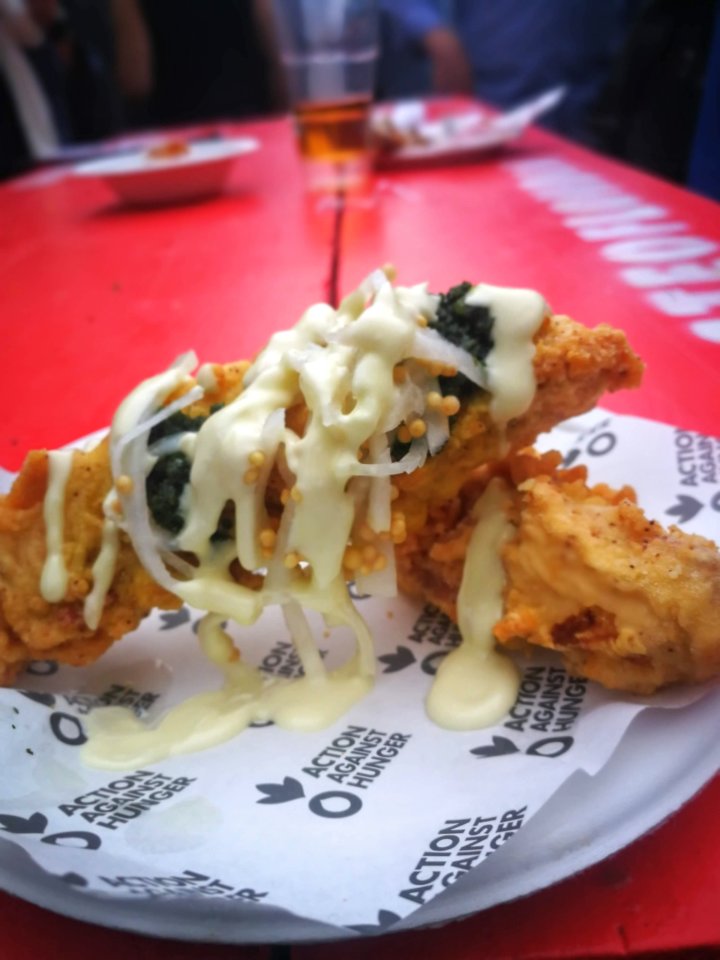 One thing that hasn’t changed about Taste of London in all these years is that Action Against Hunger is still the festival’s lead charity. I have a big fondness of the charity. It was the recipient of Nom Nom Nom a food blogging / MasterChef competition I helped set up with Ros Rathouse founder of The Cookery School on Little Portland Street in 2008. Over the years we raised over £6,500 through the competition and my role in that helped me to move professionally into food in 2011.  This June, the Action Against Hunger restaurant is serving up five delicious fried chicken dishes from an all-star line-up.  Breddos Tacos, Tim Anderson from Nanban, Carl Clarke from Chick n Sours, Neil Rankin from temper, and Chantelle Nicholson from Tredwells  They’ve each created a mouth-watering dish for the charity.  Chantelle’s is plant based and served with kohlrabi and is crisp, tasty and filling. 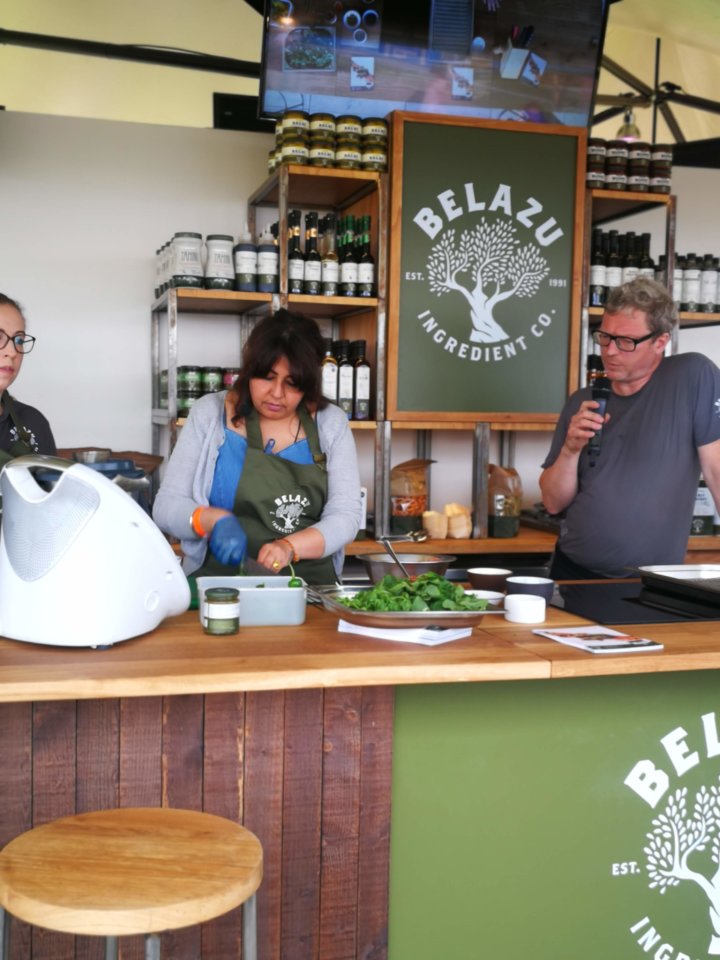 Another big highlight is Belazu’s stand.  Every day they have demos from chefs using their Mediterranean ingredients.  I visited when Romy Gill and Georgina Hayden were demoing. 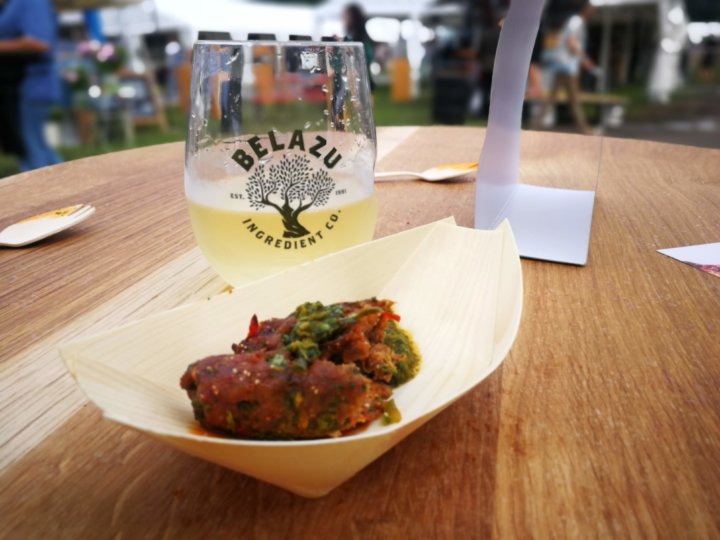 Romy made a wonderful Sheesh Kebab with Rose Harissa and spoke about her upcoming debut cookbook.  Georgina made a super tasty egg and tomato dish with flat bread and also baked Tahini Cinnamon Swirls from her new cookbook – Taverna. 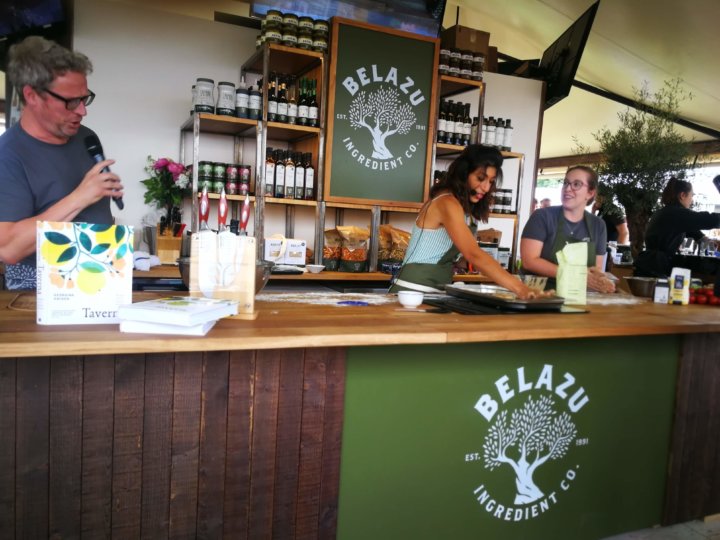 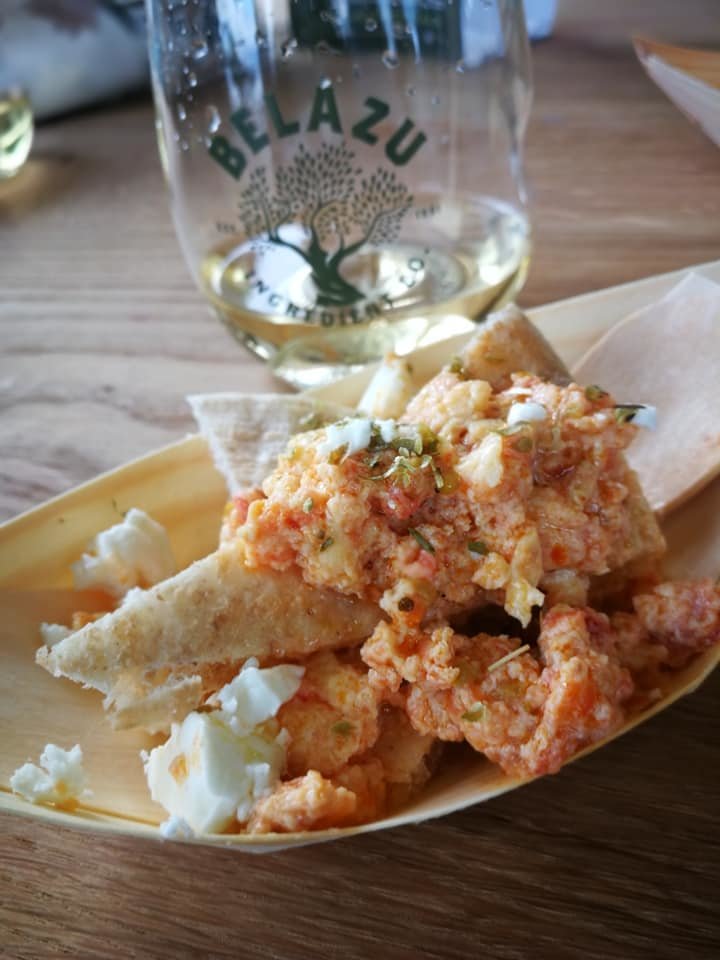 Belazu were great supporters of our recent Sustainable Gastronomy Day event and the lovely Linde Stael their Corporate Social Responsibility manager, sat on our panel. Check out Taste of London’s site to see who is demoing over the weekend (Anna Hansen, Alexandra Dudley, Elly Curshen, Aine Carlin and Angela Clutton are some of the upcoming highlights) Pop by to sample their vibrant sustainably sourced ingredients and enjoy a cheeky glass of Mediterranean wine or Cava. 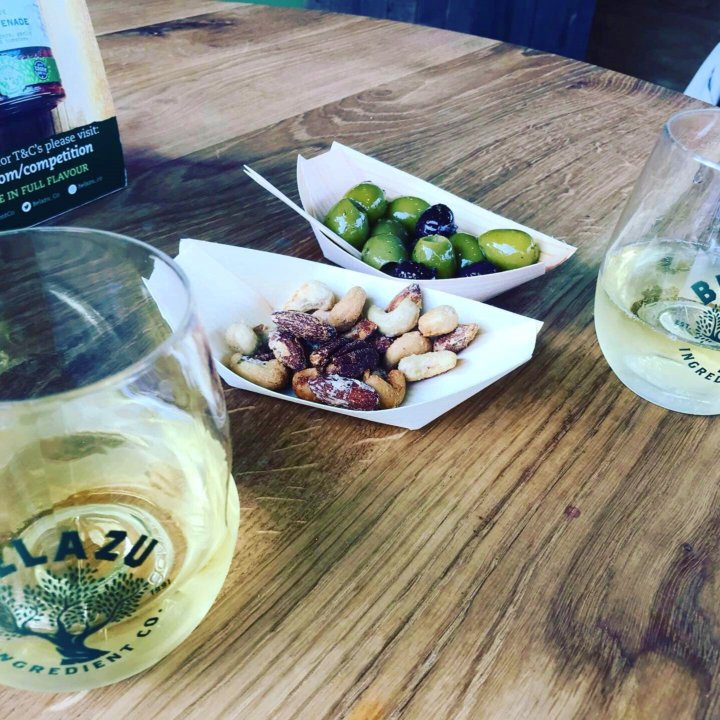 Hugely popular at the festival and I would say the best Indian food there was Kutir. I discovered Kutir at Taste of London’s winter edition which I visited with Rosana McPhee. Kutir means ‘a small cottage in the middle of nowhere.’ Translate that small cottage to a beautiful townhouse in a quiet side street behind Peter Jones in Sloane Square and you get the London equivalent. 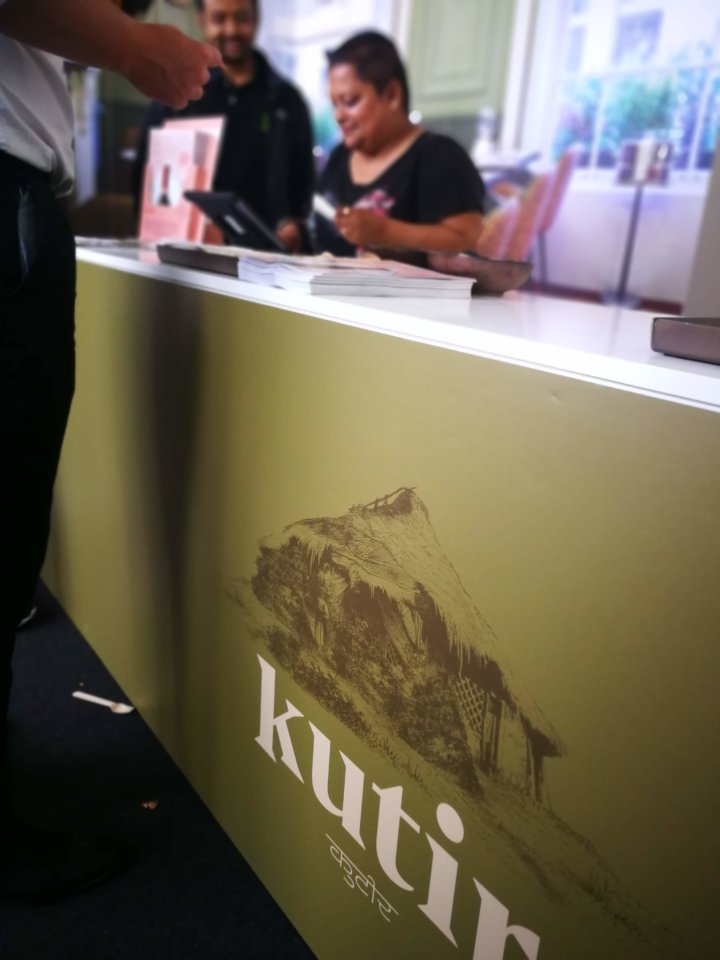 Michelin-starred chef Rohit Ghai (formerly of Benares, Trishna, Gymkhana and Jamavar  some of London’s best high end Indian restaurants ) and Abhishake Sangwan are the head chefs – their chicken chop at Taste of London is a true delight. 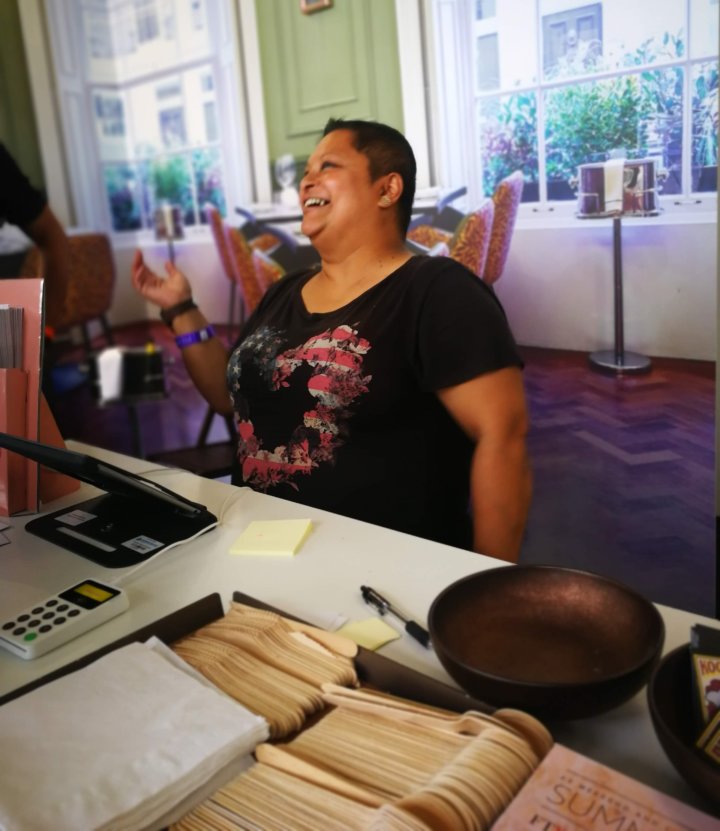 I’ve been back to Kutir a couple of times since the winter festival, so you could say the festival is having one of the desired effects. 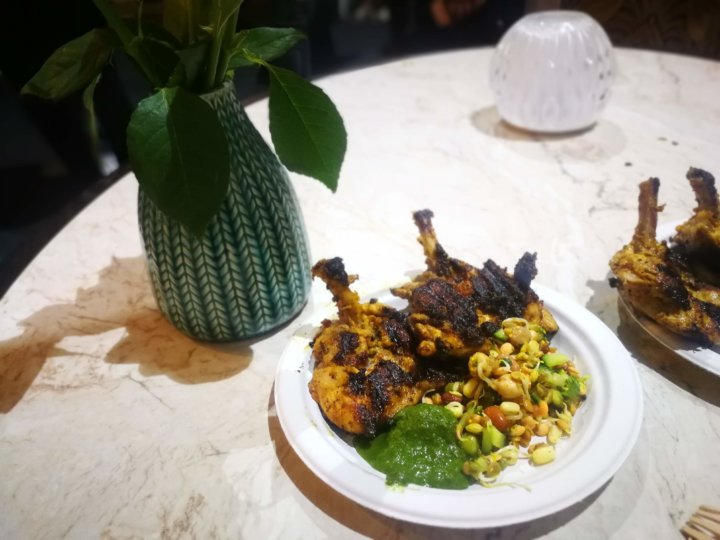 A couple of stalls down from Kutir you’ll find Francesco Mazzei with his Sartoria stand. I have been telling anyone who will listen that I had the best tiramisu in my life at Francesco’s Fiume at Battersea Power Station. 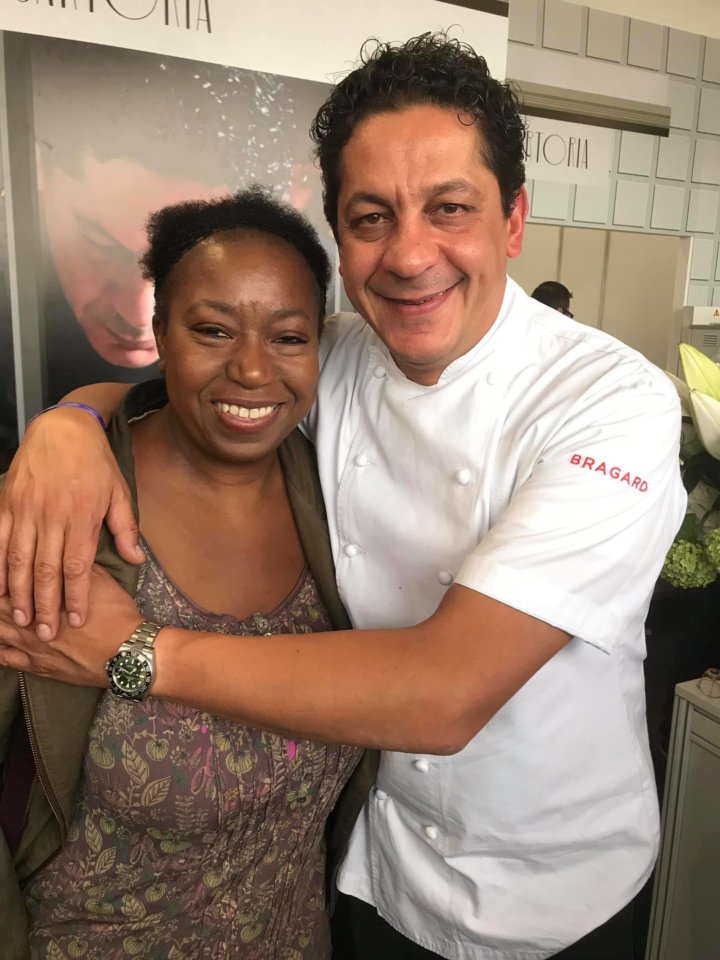 The Calabrian chef is another personal favourite of mine and long time restaurant exhibitor at Taste of London. Like the aforementioned Anna Hansen and Tom Aikens he was an early judge of Nom Nom Nom and I’ve since worked with him at a number of events when I was at Great British Chefs. I had a chat with his wife about Women In the Food Industry who was keen to learn more about what we do.

Taste of London isn’t all about big brands and award winning restaurants so be sure to visit some of the smaller stands. Exhibiting there is a big investment for them and I took a bit of time out from the busier parts of the festival to see who wasn’t in the bustling centre. 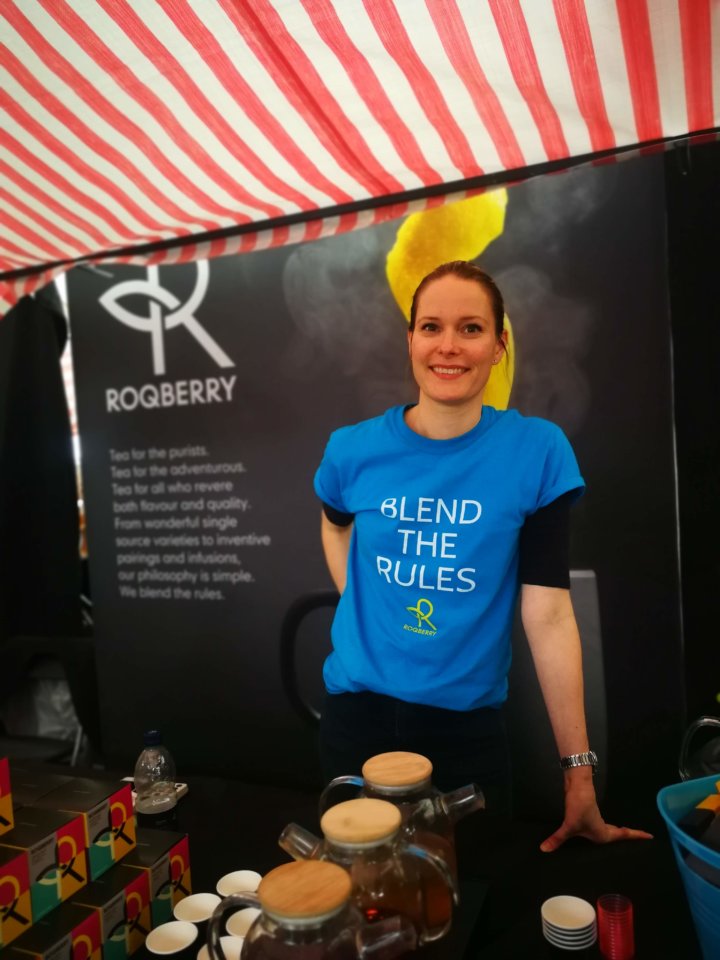 Kim Havelaar, tea sommelier at Roqberry was manning (or should we say womaning!) one of those stands. I’d first met her at a big tea festival at Tobacco Dock – FesTeaVal in April and became a fan of her refreshing fruit teas. She’ll be one of the Female Food Founders I’m interviewing soon, watch this space. 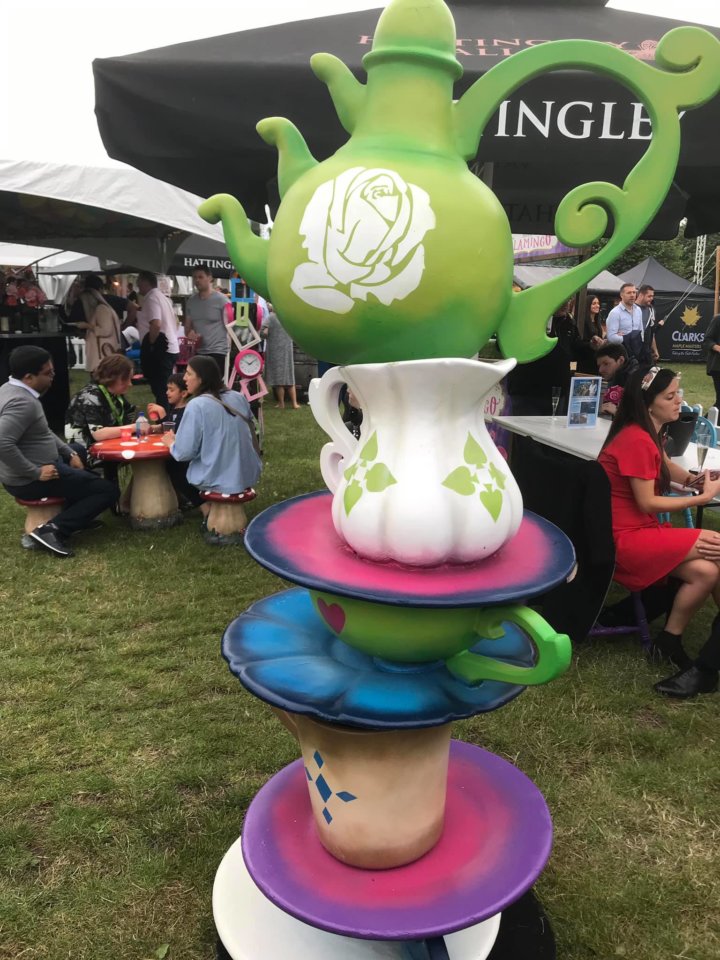 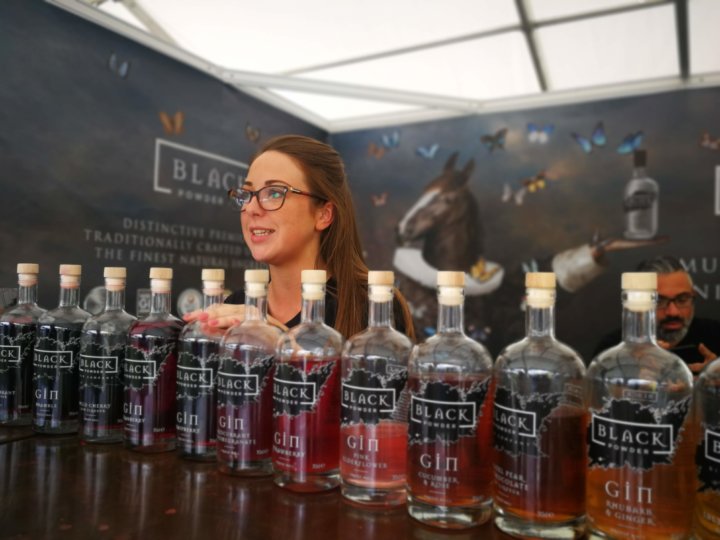 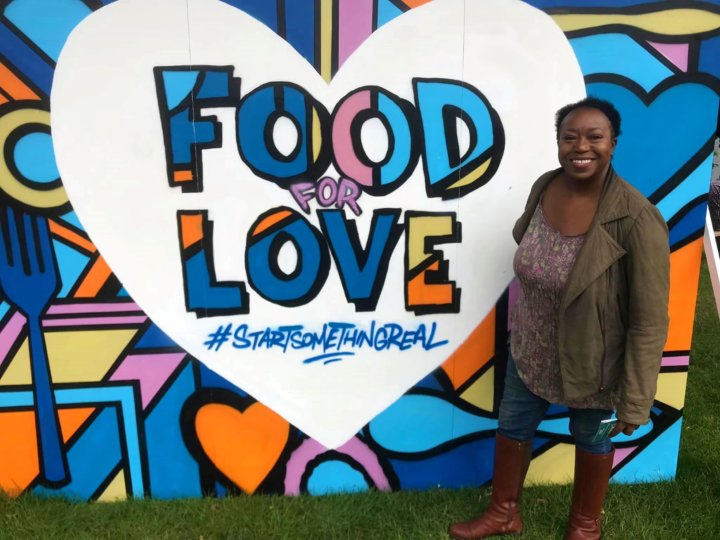