Series Editor, Antonia Lloyd, tells us about filming GBM during the pandemic

The filming for BBC TWO’s Great British Menu Series 15 celebrating British Children’s Literature was fortunately completed so our edits ran remotely from home and the series was able to broadcast as planned during lockdown and, to our delight, experienced record ratings with 3 million tuning in for our Banquet episode. 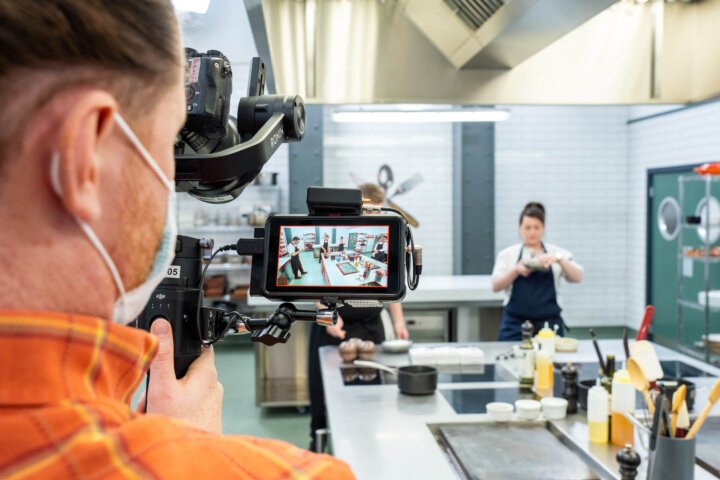 The worry was what happened next: what would GBM look like in its next iteration and how would the pandemic affect filming? It was clear that the next shoot, when it happened, would be totally different to any that had come before.

By the summer, the producers of Great British Menu, Optomen Television, had landed a brand new 7-part Christmas special to say thank you to our keyworker heroes for BBC TWO and were also preparing the next 29-part series celebrating British invention and innovation. And so began the immense task of putting in place the Covid protocols required to make filming safe again for everyone: crew, production, competing chefs and our judges. 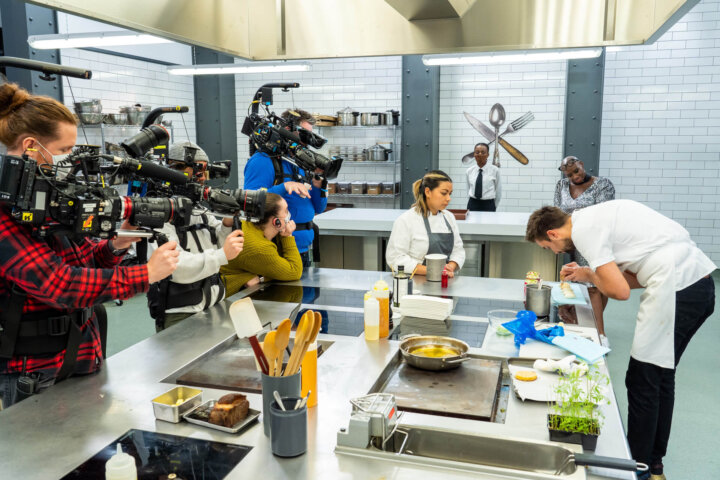 Our Production Exec, Emma Riley, did a fantastic job of drawing up a 22-page Covid protocol (under the guidance of safety consultants First Option) – a serious challenge that would need to be updated sometimes bi-monthly as guidance changed, the tier system developed, and further lockdowns arrived. We employed the services of a Covid Supervisor on set to monitor 2m social distancing, increased hygiene practices, hired in additional air conditioning to enhance ventilation, temperature checks and kept the covid-19 tested bubble of chefs and camera crew separate from untested crew like the director and overseeing producer like myself who wore face coverings and socially distanced.

The chefs, presenter, veteran (and camera operators) now needed two negative PCR Covid tests before arriving on set each week so they could form a safe on-camera bubble. Suffice to say, this inevitably created extra stress week-to-week as we awaited test results before each region of the UK competed. It also laid extra emphasis on our reserve chefs who would have to be called upon if anything went wrong.

Although we never had a positive result during our studio shoot, we had to support our chefs through one of their most difficult periods – some of them faced business collapse as 10pm curfews squeezed their restaurants, others were furloughed and unable to access their restaurant kitchen to practice, and then there were the cases of chefs having to go into self-isolation due to being in contact with a positive case.

Although we had 9 women competing this year, we often find women need more encouragement to take part on GBM for the first time – unfortunately several had to drop out with the added stress of the pandemic. We hope they will be encouraged to take part next year as representing women in the industry is of huge importance to us. 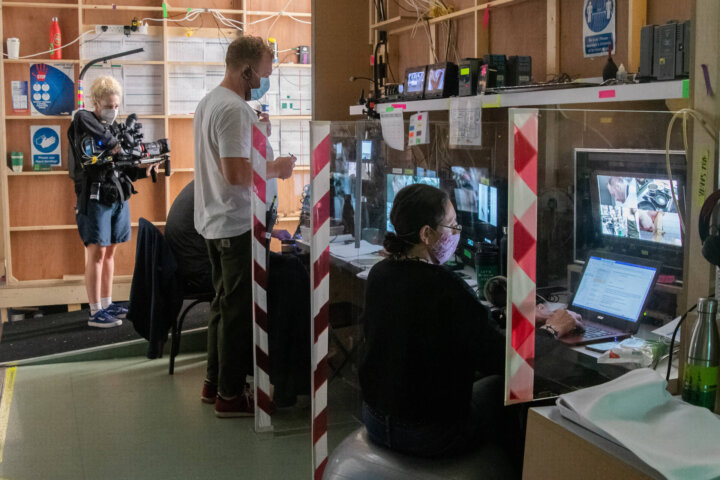 For the senior producers, the key was to ensure that none of this would affect the end result for viewers. We had to make obligatory tweaks – the judges’ table enlarged to facilitate a 2m social distance and the kitchen door was kept open for ventilation – but the biggest change of all was that no one was allowed to take a forkful of each other’s dishes anymore! We replaced this with mini sampling plates so they could taste each other’s creations safely.

Above all, the spirit of GBM remained with the chef camaraderie epitomised in the elbow bump in place of the group hug.

Great British Menu continues on BBC TWO and culminates with the Banquet finale on Friday 21st May at 8pm. Also, find out more about the women who have taken part this series Kim Ratcharoen, Roberta Hall, Sabrina Gidda, Amy Elles, Gemma Austin and Shannon Johnson