Interview with Alicia Weston – CEO of Bags of Taste

Alicia Weston BEM, OBE is the CEO and founder of Bags of Taste. Set up in 2014 the national organisation supports those who are experiencing food poverty to cook healthy and cheap home cooked food. Bags of Taste run outreach groups and community based courses to teach people how to make £1 meals. The not for profit has won a number of awards including UK Food & Drink Federation’s “Community Partner of the Year” 2019 and Runner Up in the Observer Magazines’ Best Ethical Food Project 2019.  Our co-founder Mecca Ibrahim spoke to Alicia to discover how she set up the organisation, whether levels of food insecurity vary around the country, her inspirations and more. 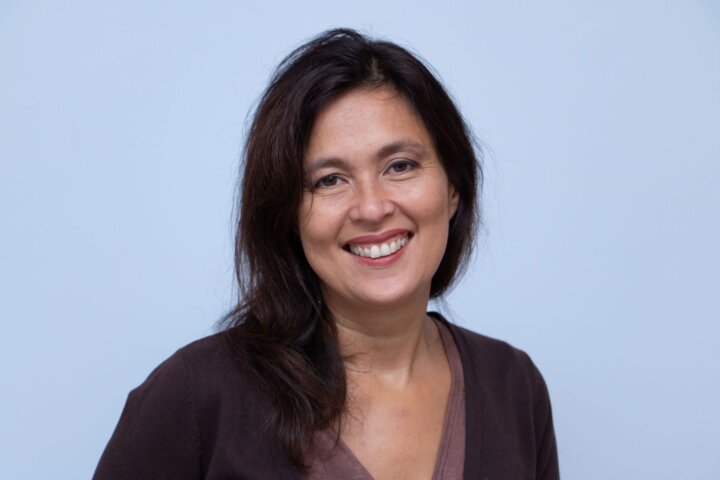 How did you first move into the food industry?

When I was on 6 months “gardening” leave between City jobs in 2010 I set up a supper club, Parkholme Supper Club, to keep me busy.  It was so successful that I kept it going even when I went back to work.  Because we give away about 85% of our revenues to Médecins Sans Frontières, it was all about cooking amazing food on a ridiculously tight budget. 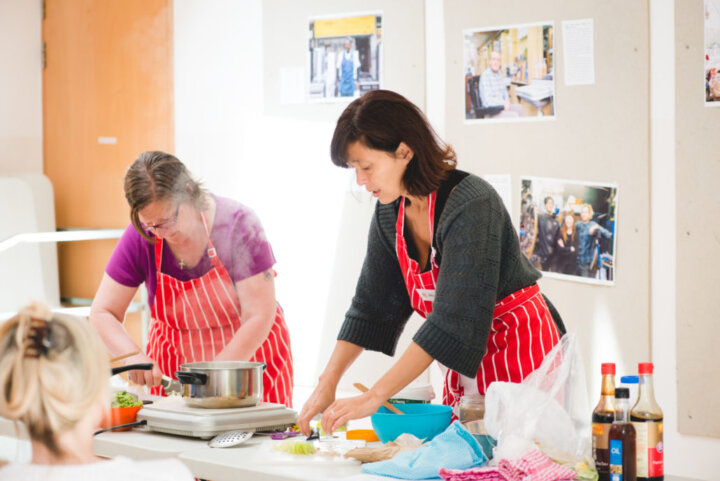 What spurred you on to found Bags of Taste?

I was asked to teach two courses of cooking lessons at Crisis, the homeless charity.  Although people enjoyed the lessons, it was obvious to me that they weren’t cooking the food again at home, though it would have benefited them so much to do so.  This bothered me a lot, and I realised the narrative of “people in poverty need to learn to cook” really wasn’t correct.  Even if they knew how, they were still not cooking.  I spent 3 years thinking about a solution before I came up with one.

How were you able to bring the management team together? What sort of skills were you looking for?

Initially so much of our support came from volunteers of the Supper Club, we couldn’t have survived without them.  But as time went on, we realised that we could draw upon our beneficiaries to volunteer too – and that made the organisation sustainable.

As far as management is concerned, we have relied, as we are largely a voluntary organisation, on people offering help, but we have a good team of dedicated people who commit time to helping us out and advising us.  Both our Board and Management Team are largely voluntary.  I have found that the key thing is an ability to identify each individual’s strong points and make the most of those, as you are not always sure what will walk in the door and you don’t often get offered exactly what you need. 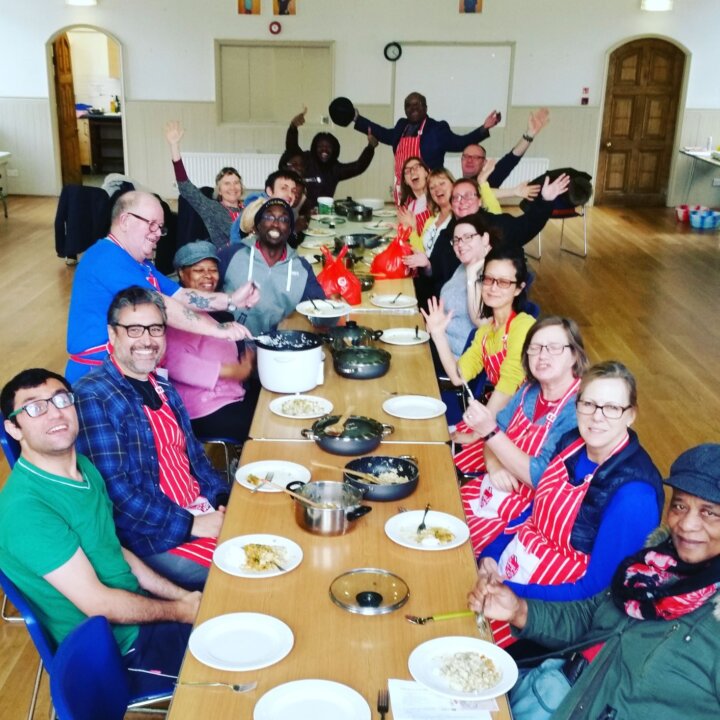 Which areas in the country have the highest proportions of food insecurity and why do you think that is?

Food insecurity is dotted all over the place, often quite cheek-by-jowl with wealthier areas.  But the North is worst, and particularly the North West.  Food poverty is completely entwined with poverty – so the poorer the area the worse food poverty is.  But I think it is often exacerbated in areas where food access is difficult, so rural or low population areas, where, without transport, you can end up relying on an expensive village shop. 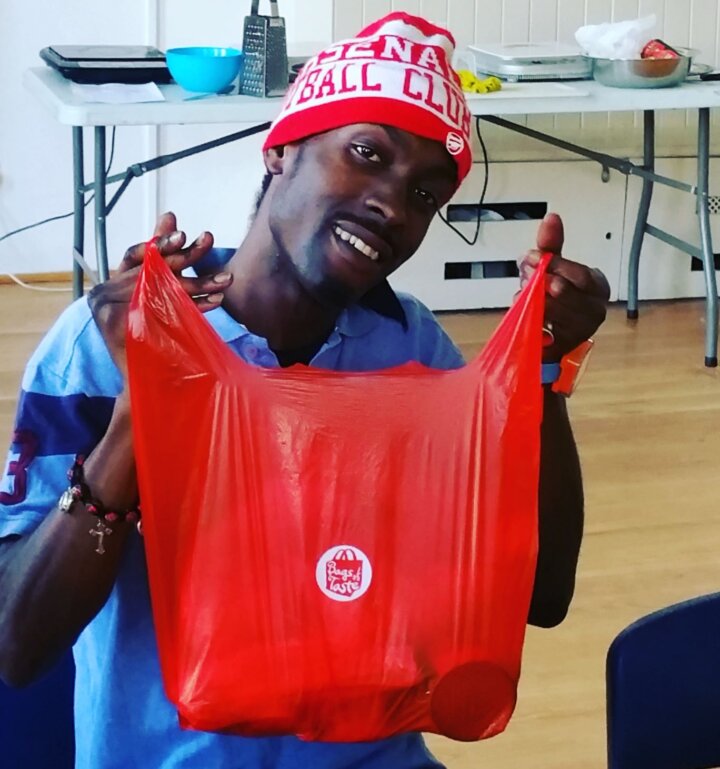 How do you manage to source the £3 bags of ingredients for the students? Did this become harder or different during lockdown?

We had to do a huge amount of research in the early days to figure out what could be bought for £3!  This involved trawling the major supermarkets for own brand and value products, as well as freezer compartments.  Then we had to build a spreadsheet containing them all and as we developed recipes, we plugged them into the spreadsheet to cost them out and check they fit the budget.

During lockdown the particularly difficult thing was getting ingredients in quantity.  Much of the food we use is long life and cheap – two things that seemed to guarantee it disappeared from all supermarket shelves.  So it often meant going to as many as 4 different supermarkets /suppliers each week to source what we needed for our students.  It was a nightmare.

Have you noticed a difference in donations now and what do you think may happen going forwards?

No we have never been lucky enough to be the target of many small donations.  We have had some donors who know more about what we do and who donate several thousand pounds, luckily.  These are often people who have seen our course in action. 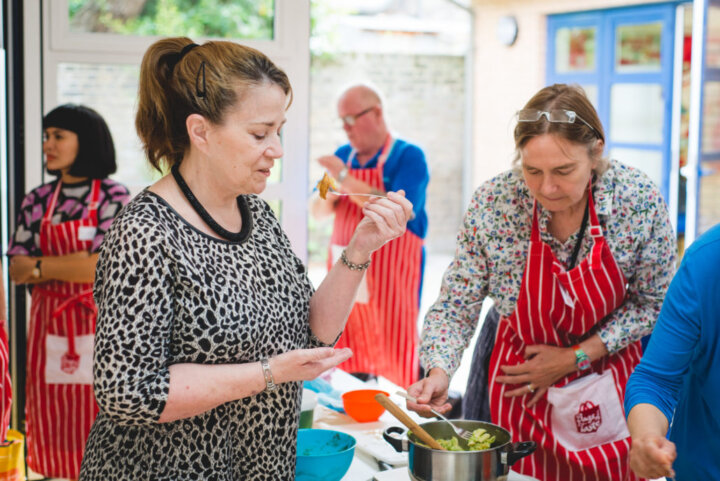 You also founded Parkholme Supper Club – tell us how that came about and what are the future plans for the club in light of Coronavirus?

As I mentioned earlier, I started it as a means of charitable fundraising when off work.  At the moment we are not really able to operate under social distancing as we have one large dining table that everyone sits around.  When things get back to normal, which may not be for a year, we will be back!!

How can the public get involved in your work?

We would love some donations, but also at the moment we are running our highly successful mentored virtual courses  and our mentors can be anywhere in the country.  You can find out more on www.bagsoftaste.org/volunteer for all our current volunteering opportunities.  Also, please tell people about us!  Public Health, doctors, social workers, anyone who can let people of influence know that they should get us to come and work in their locality!! 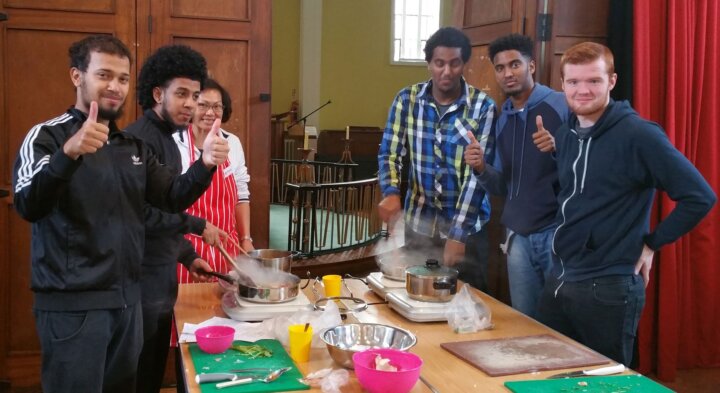 Bags of Taste overall!  We recently did a 1 year follow up study where we called 60 ex participants.  We know that at the end of the course, they all think it’s amazing, they say they’re saving £1350 a year on food bills and takeaways, have almost completely stopped eating takeaways and ready meals, and have better health.  What we didn’t know is whether this is sustained. The study showed that 97% of the people asked thought that the impact, one year on, is even greater than they thought at the end of the course.  They took a while to implement all the changes in their lives, but all these small changes added up to one big impact.

One of my role models is William Lever, the founder of Lever Brothers, that subsequently became Unilever.  He was much like the Cadburys, a Victorian industrialist who used his profits for greater societal good.

In the food world I think Jack Monroe is a great spokesperson for the wider issues that surround food poverty, and I think she’s undergone some pretty unfair attacks over the years, so good on her for standing up to them. 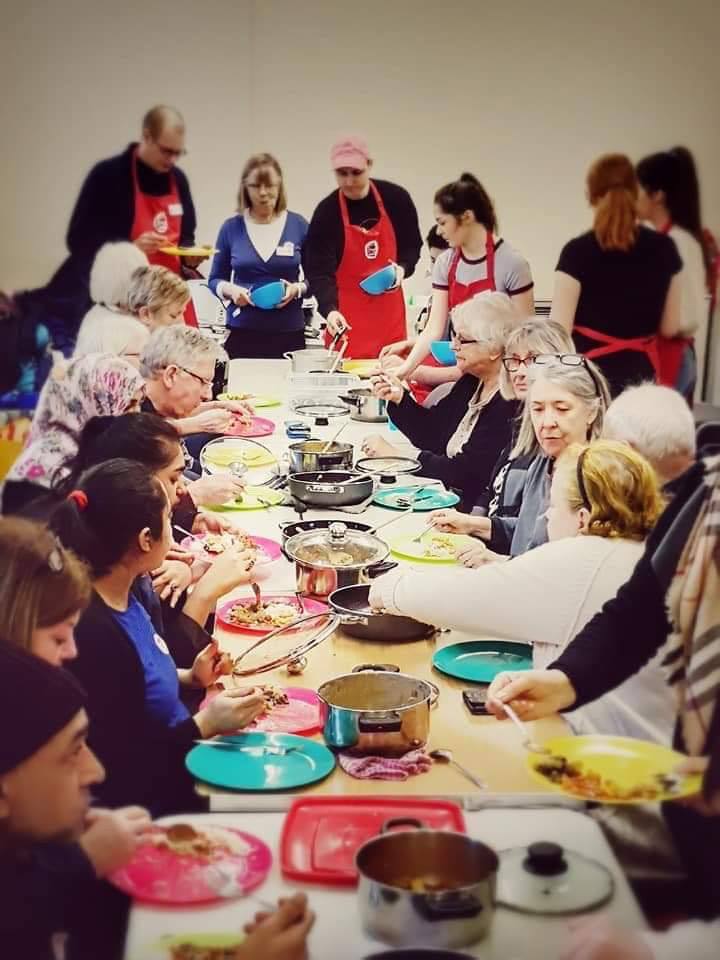 Honestly, no, not that I can think of.  Except that I do believe that women take a more holistic view of problems, and I think it’s this wider, holistic view, that is a key component of Bags of Taste. 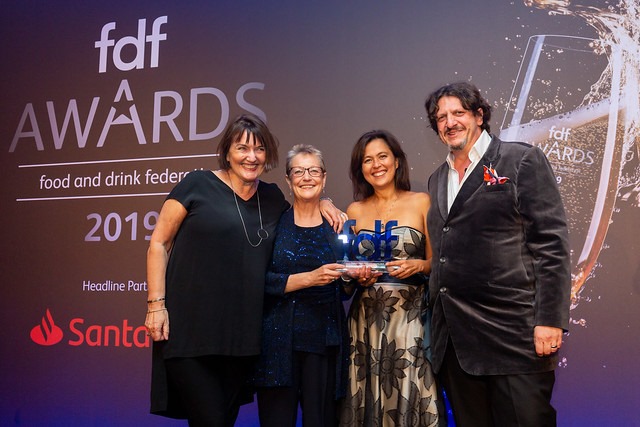 There are a lot of things that really don’t matter in life, and to take the time to distinguish between what’s important and what’s just window dressing.  But honestly, I recently met someone who knew me at 19 and he said that I’ve not changed at all.  I’m still “deeply pragmatic” as he described me.  I do care less about quite a lot of things though.   I don’t think I’d really change anything about my life.  I’ve learned from all the bad experiences and they’ve made me what I am today.