In the fifth of our series of Female Food Founders interviews we were delighted to interview Renée Elliott who had a mission to push organic and natural food out of the niche it was in back in 1995.  Planet Organic is now the UK’s largest fully certified organic supermarket and sells over 8,000 product lines in eight stores within the M25.  Our co-founder, Mecca Ibrahim, chatted with Renée  about changes in the organic market since the mid nineties, her inspirations and that tricky definition of sustainability. 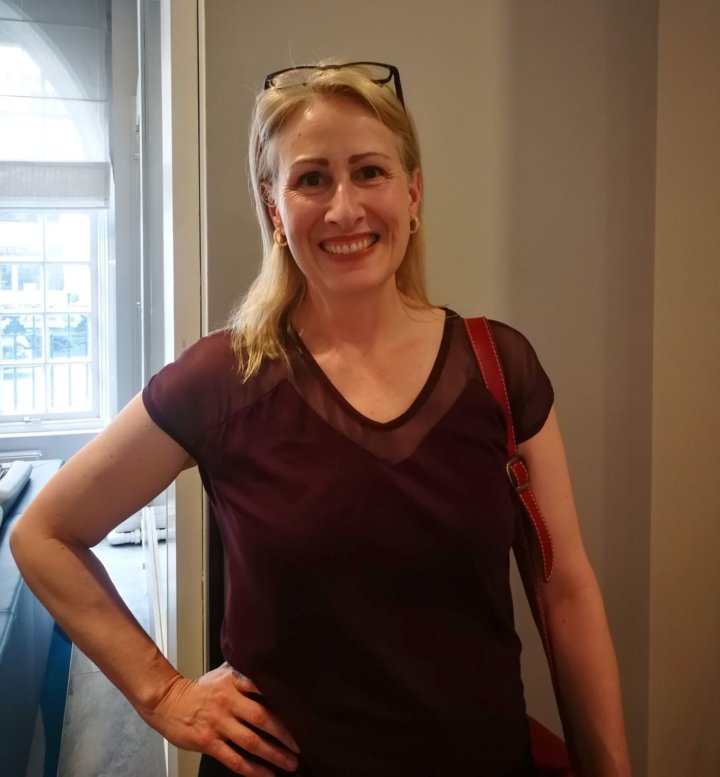 How did you get into retail in the first place?

It was never my dream to be a retailer. I moved to England when I was 21 straight out of uni. I was an English major so I went into journalism.  After doing that for a while I worked in the  wine trade and was a professional wine taster.  When I was around 28 I went back to the US with my husband and we did a six month personal development programme, during that I thought I am going to do something that I love. I walked into an organic supermarket in the States, and thought Oh my God this pulls in everything I believe in, in terms of doing things better and doing things differently. I had also studied nutrition in university. But this epiphany for me was about health and wellbeing with physical wellbeing at the foundation. No matter how talented you are, or how big your dreams are, if you don’t have your health you’re not going to do anything. So I opened up the my first store in Westbourne Grove in 1995. 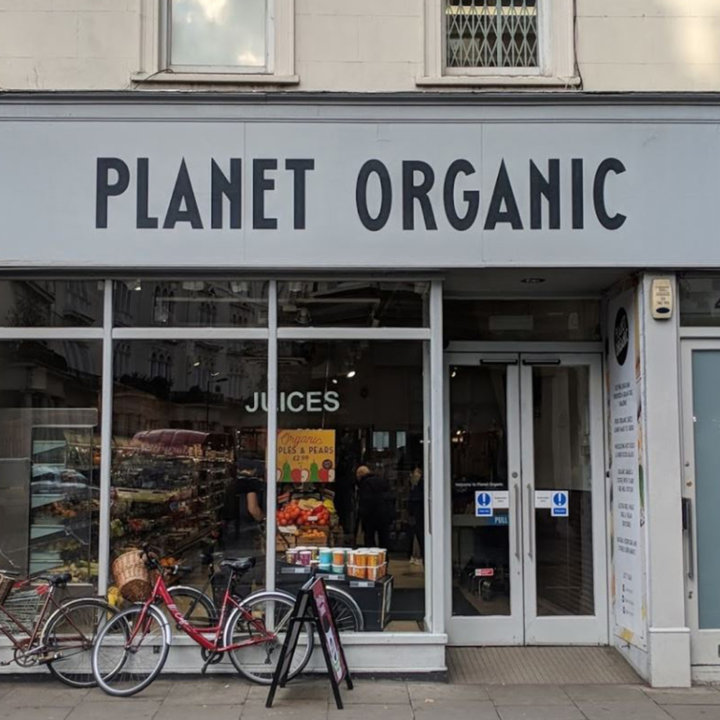 How did you go about sourcing products for your first store?

When I came up with the idea, we had come back to England and I worked in a health food store for a couple of years so I knew the suppliers.  We introduced organic meat into what had been a vegetarian arena. We had a full service organic meat counter, with British Soil Association organic meat. We had a wet fish counter with sustainable fish, the first one in the country. We had a juice bar, we were the first to do wheatgrass in England. We brought in these new departments,  food to go came a couple of years later , but we had bodycare too. I wanted it to be the one stop shop. We had a corny slogan at the time, “we read the labels so you don’t have to“.  We don’t only ask ourselves will it sell, but should we sell it. I read every label and tasted every product.

How have you seen the organic world change from the nineties to now?

When we started we were ahead of our time and it was dreadful in the beginning and nobody came. I thought we were going to go under in the first few months. But then things started to turn around with the first BSE scare and then ecoli later than year in 1996. Then organic started to take off. It was very exciting for me, as I heard organic being mentioned on trains, it was becoming part of everyday vernacular. When the recession hit around 2009, organic slumped again, as the big supermarkets pulled organic out of stores.  However, there now seems a be a big sea change again with the whole free-from market and people respecting themselves and what they put into their bodies.  There is a real momentum of change with people also thinking about the impact of what they eat has on the environment. 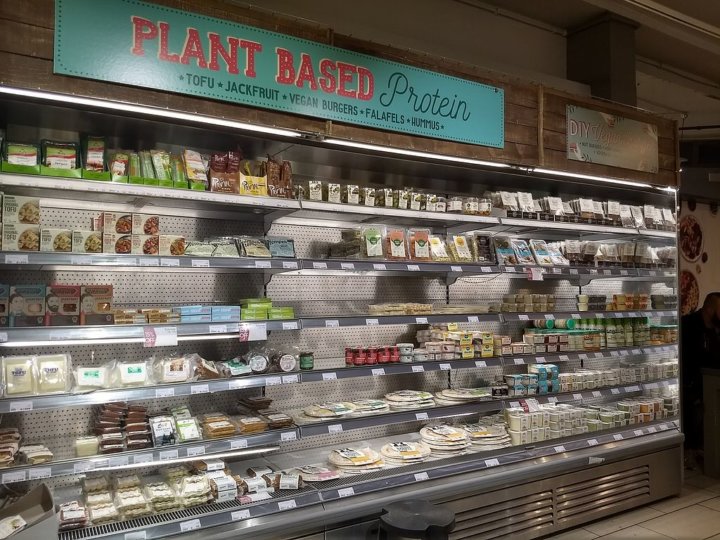 Where do you think organic, free-from and this whole movement towards plant-based eating is going?

When I started Planet Organic we started with respect. Respect for the land, respect for the farmers, the animals, the plants, the people who consume that and respect for the planet as a whole. It’s a real theme running throughout my life and the work I do today. Organic holds a place as it is a solution for agriculture going forward. It forms part of a jigsaw puzzle for living and farming differently as we move forward. 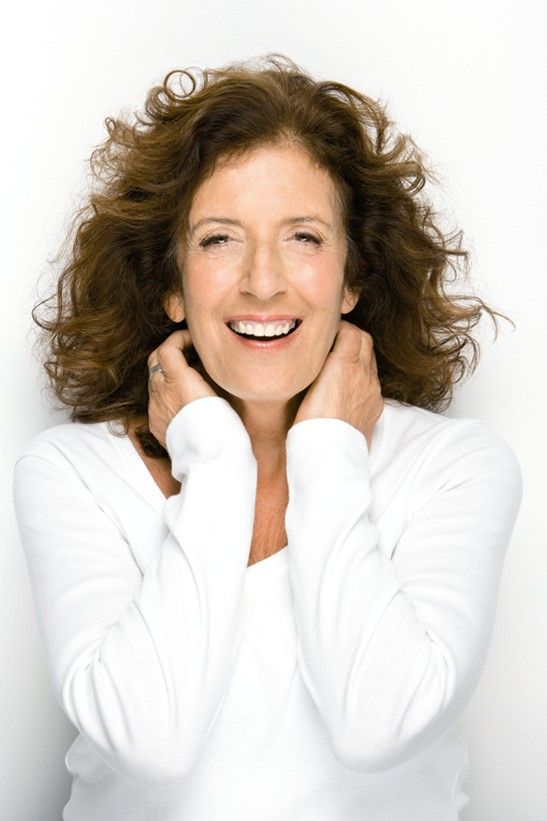 Where do you personally get your inspiration from? Who are the characters and people you admire?

If I go back to the past, as mentoring didn’t really exist then, and I do a lot of mentoring now for start ups, my role model was probably Anita Roddick.  For her campaigning, being thoughtful, sustainable, intelligent and treading lightly on the earth.  She was a real role model for me.  What I find inspiring now is all of the young entrepreneurs with whom I work, who have incredible ideas. They often come to me and say, why is no one doing this, is this not a good idea and I say, no you’re just the first person to think of it. They have brilliant ideas with integrity and with sustainability at the core of what they do. 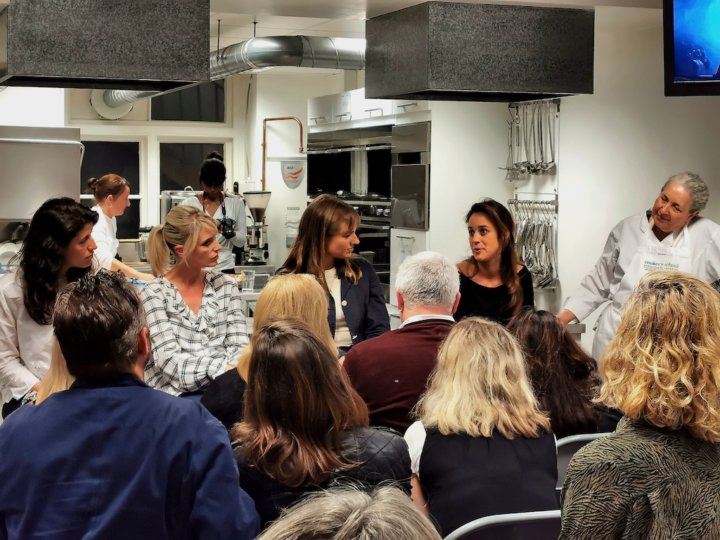 It’s getting harder and harder to be truly sustainable.  Everyone eating avocados because they are good for you or coconuts, as soon as we turn our hungry eyes towards something, it becomes an issue.  For me sustainability is about being thoughtful, walking lightly upon the earth, and causing the least damage and harm and if you do, finding a way to turn it around. It’s very difficult to be black and white about it. The moment you start talking about almond milk and the water used to grow almonds for it, that becomes a minefield.  But it’s all about being informed and then making intelligent thoughtful choices.

Do you think it’s possible for sustainability to become “sexy” in the same way as the “war on plastic”?

I definitely think that’s happening. I think the movement  is going that way. Whatever you do or don’t like about the internet, as an exchange of information is very powerful to changing the public’s consciousness. 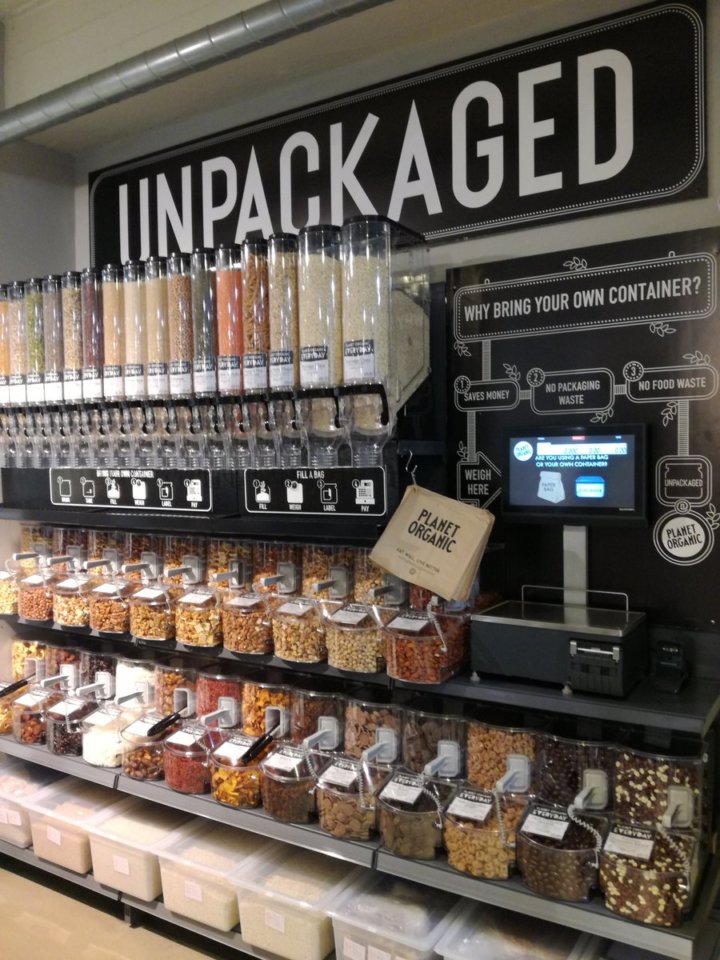 If people were to pitch their food products to you at Planet Organic, what are the sorts of things that you are looking for?

We are looking for all kinds of things. We want to keep core products but introduce new ones. We are looking for innovation, authenticity, values and cutting edge products. Often we work with young companies who have a good idea where they are really a step ahead. They may have a great idea but don’t quite know where to go with it. So I will introduce them to our buying team, who may say you might want to go this way with your product.  They have such a sense of what’s happening in the market place and where things are going. 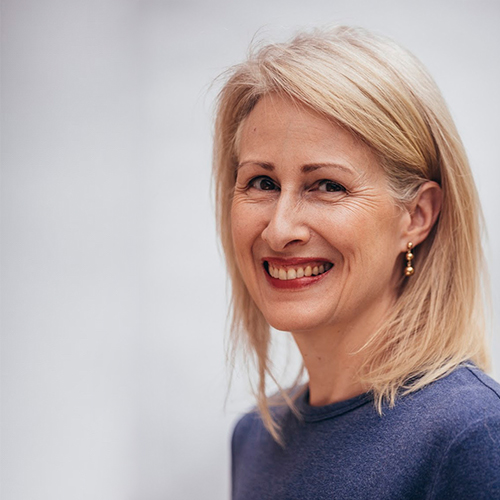 How do you try to get people to wade through all the healthy eating information and health myths – for example ultra processed foods we hear so much about?

The number of times I have people, particularly women, in front of me who feel paralysed as there are so many choices out there. Should I go for local or organic, or fair trade? It is complicated there are a lot of voices out there telling you what you should or shouldn’t do. It is tricky.  Organic is highest quality, it is better for you and it is better for the environment. Some people can’t afford to eat organically. My advice is to try to eat organic what you eat the most of.

Then look at the label and the shorter the label, the better.  If you don’t understand something that’s  on the label, then don’t eat it. If your grandmother wouldn’t cook with it in her kitchen, then don’t eat it.  Ingredients are on the list in order of quantity. If sugar is the highest quantity on the list of a cereal bar”s ingredients, then don’t eat it. Manufacturers will hide that, and will have four different types of sugar and if you added them all together, it would be at the top of the list.  It’s also what’s important to you, if fair trade is important to you, then stick to your guns and go that way.

Organic food is more expensive, do you see any ways of it becoming cheaper?

Quality costs money. Cheap doesn’t mean good, cheap means cheap. I don’t want to fuel my body with it. These days people in England spend a lot more money on leisure and electronics.  Years ago we spent a much highest percentage of our income on food. You may say lower social demographics can’t afford organic food, so they can’t eat well. But there is a whole spectrum of healthy eating, such as cutting down on sugar, cutting down on junk food, don’t drink fizzy drinks, before you fine tune what you eat and  move into organic food.  A huge amount of this is down to education. The best thing that’s happening is the Soil Association’s Food for Life programme which they have been doing for years – from goring to cooking to getting out onto organic farms.  I would love for there to be more home economics in school. If you want to change things going forward you have to start with children.

Where do you see Planet Organic’s future?

We are on an expansion plan again. We have just landed our eighth store in Queens Park.  The plan is to open ten stores in the next five years, so we will more than double.  We want to keep things local and keep them all within the M25. Location is really important to us. 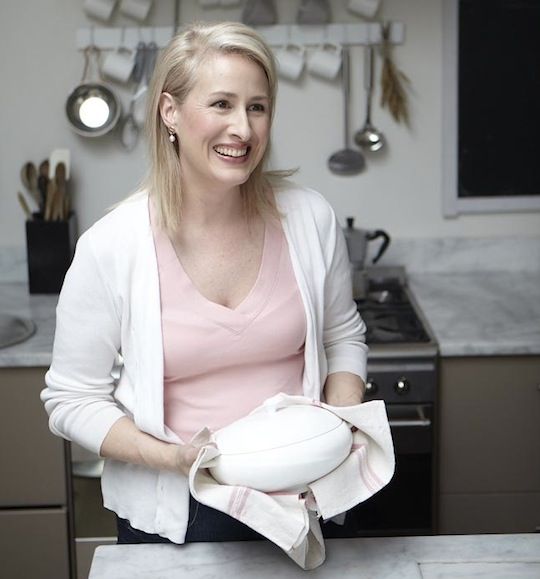 What’s your desert island ingredient or the one type of meal you couldn’t live without?

The ingredient would be artichoke hearts.  They’re my absolute favourite food. My dish type is a “crowd pleaser”. I have created a way of eating that is putting a lot of ingredients on a table so that people can create their own thing – whether it’s spring rolls, burritos, noori hand rolls – so they can make their own dish.

Have you found any advantages to being a woman in the food industry?

When I started Planet Organic in 1995 I wanted it to be very feminine and nurturing. So the team would feel cared for. My mum said be feminine and be nurturing and bring that into your business. 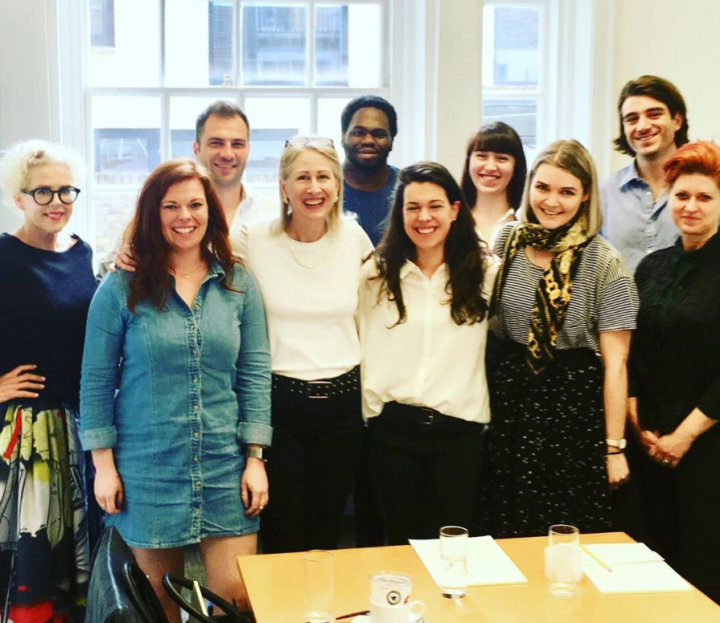 Can you tell us about your new business Beluga Bean?

I mentor a lot of start ups now. I started Beluga Bean my second business in the past couple of years, it’s a mentoring academy.  Belagu Bean is about wellbeing across six spheres.  As I’ve said, for me everything’s about making things better, whether it’s about going into work life balance, early motherhood, taking care of self or starting a business.  I’ve had that concept of how do we make things better since I was 19. At the heart of Beluga Bean are our Connect Breakfasts which we have each month.  They’re across all areas of life – relationships, spiritually, psychological wellbeing and it’s lovely work around all of the stuff that you didn’t learn at school but all of the stuff that I think really matters.

You can find Planet Organic online and discover your nearest Planet Organic store here. You can also listen to our podcast with Renee Elliott produced by our friend  James Haywood from OpenKitchen .