Interview with Anishya Kumar Founder of Zinda Foods & the AirWrap

It’s British Sandwich Week & the nation’s minds are focussed on fillings packed inside a bready outer. The sandwich is probably one of Britain’s greatest inventions & is the largest part of the food to go market – each year we spend £3 billion on sandwiches! This year, a woman set out to revolutionise that bready carrier by selling thousands of AirWraps to the UK’s largest supermarket, filling what she sees as an important gap in the market.  Our co-founder, Mecca Ibrahim, chatted with Anishya Kumar of Zinda Foods about sandwiches, start ups and selling to supermarkets. 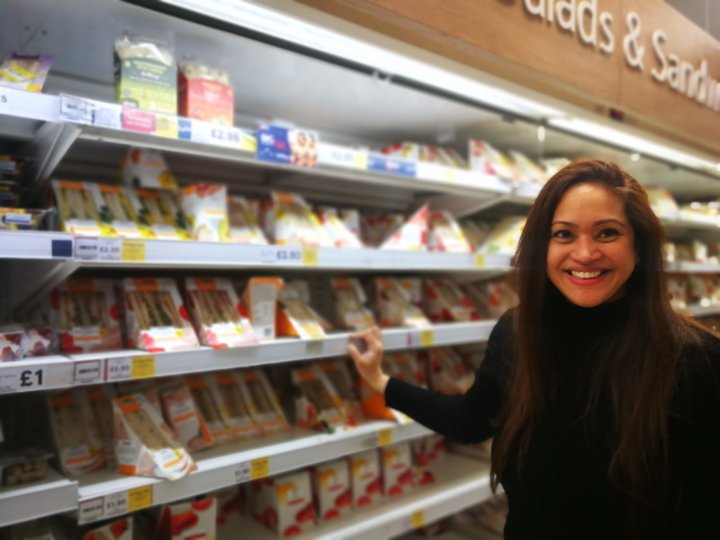 How did the concept of the AirWrap first evolve?

When I moved over the UK with my husband, I discovered that the food I saw in supermarkets wasn’t the food I wanted to eat.  The only way to eat the food I liked and grew up on was to cook it myself. So  read many recipe note books written by my grandmother and experimented, which is where my food journey started. I come from quite a mixed background and the food we eat is not really bound to any one culture or region.  I wanted to create a mix of micro cuisines which you can normally only find if you’re invited to someone’s home. So the AirWrap came from the concept of me making home made ready meals & salads.  I was given the opportunity to sell them in my local convenience stores and I found that with everything I was making the AirWrap really took off. 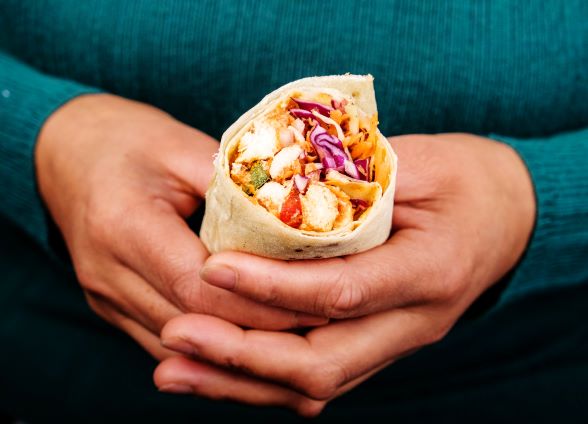 What was so different that people liked?

You can get tortilla wraps and sandwiches in most shops.  So I started to look at what it was people liked about the AirWrap in comparison to the tortilla wrap. Was it the taste, the texture, the fillings?  To me it seemed distinctly different from what was on the shelves. The AirWrap is free of all preservatives, and there’s no palm oil or trans fats in the base either. 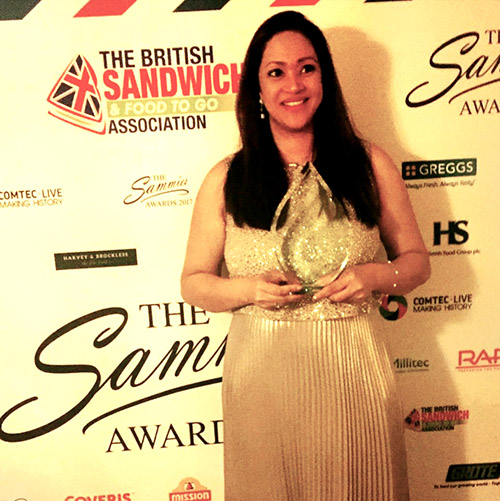 You won an award for your wraps at quite an early stage in your food journey. What made you decide to apply?

The British Sandwich Association was the trade body that was closest to what I was producing. I’d heard about their Sammies Awards and I thought why not give it a try. In 2016 we were highly commended for one of our fillings. In 2017 we got the big win – The Sammie for the most innovative ingredient – the AirWrap. That industry recognition meant a lot. The judges said it was a “game changer”.  Everyone can say they are doing something different, but with this validation we were “officially” different. 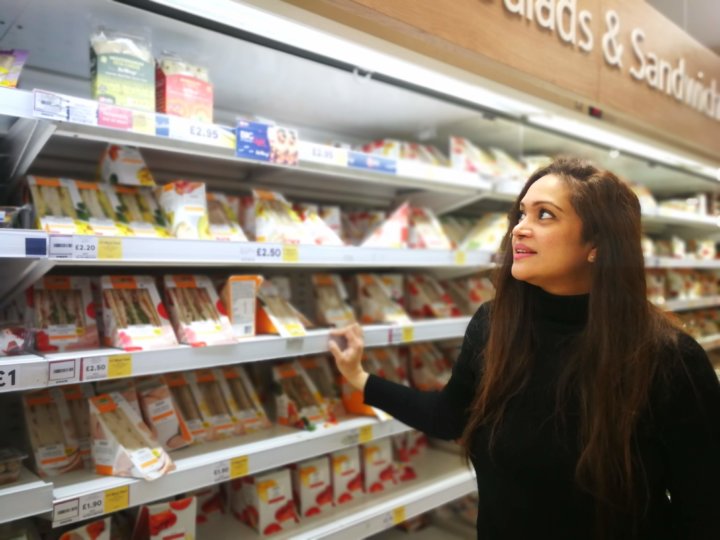 How did you make that move from convenience stores to Tesco where your AirWraps are now?

Initially I thought the route to market was by chipping away from one convenience store to another. But that would be a long route to take. The convenience stores are highly important but I wanted to approach bigger stores & supermarkets.  I approached supermarkets to see if would like what was popular in convenience stores on their shelves. There were several skeptics who said I’d never do it, but because I was passionate about the AirWrap I wanted to try. I didn’t even expect Tesco to say yes when I first met them. I’d have been fine with them saying come back in a year. 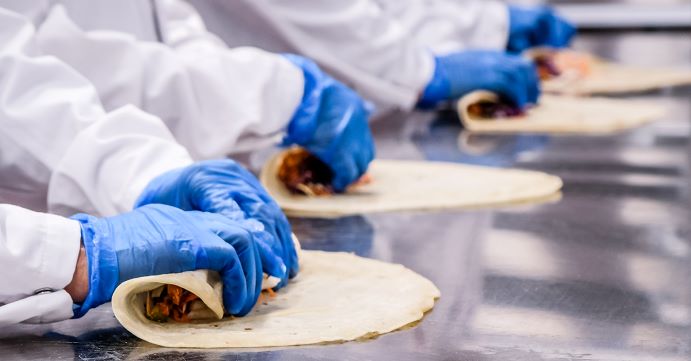 What happened from Tesco saying yes to moving from your home business into producing for them?

First I had to make a decision as to whether we would manufacture ourselves or let another factory take  over.  The soft option was to get a sandwich manufacturer to make the fillings and put them in our base. But I would have lost control of all of the ingredients that went into it. It hadn’t been an easy road to get to where I had got and I didn’t want to hand it over. I wanted to streamline the systems myself.  When I started with the convenience stores I was making about 10 cases of each flavour of wrap a day, but I had to scale up to producing 30 to 40 cases a day of each flavour with the first Tesco order. Then orders doubled within two weeks and trebled shortly after that. 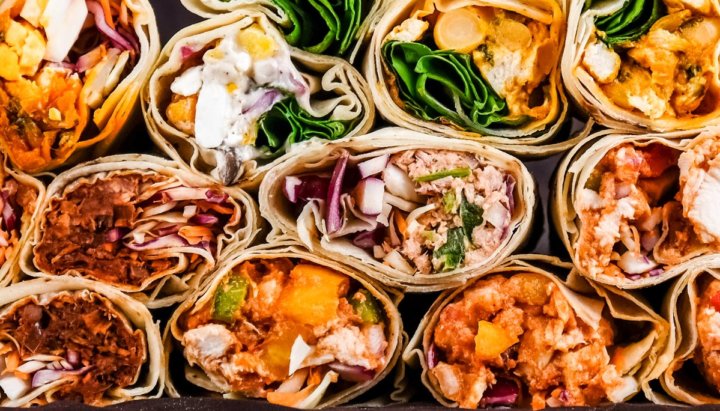 With five months of sales in Tesco now, how are the wraps doing? Are you seeing some wraps doing better than others?

In the winter when we launched, the Mediterranean Feta was slow to start with because it was cold, but it’s now picking up big time.  Moroccan Chicken has always been steady and the beauty of it is that it can be heated up. It’s tasty when cold, but really tasty when warmed up too. Classic Chicken Caesar is our “classic” and that’s been steady throughout.

You are working with award winning chefs on your fillings, how important is this?

This was a huge learning curve for me. Initial advice was to work with NPD (New Product Development) chefs in the sandwich filling category.  But I found their approach to be bit clinical.  I wanted the fillings to have depth and character and I have personal friends who are chefs.  Alfred Prasad and his creative approach has bought that meaning and personality to the wraps and really crossed boundaries. 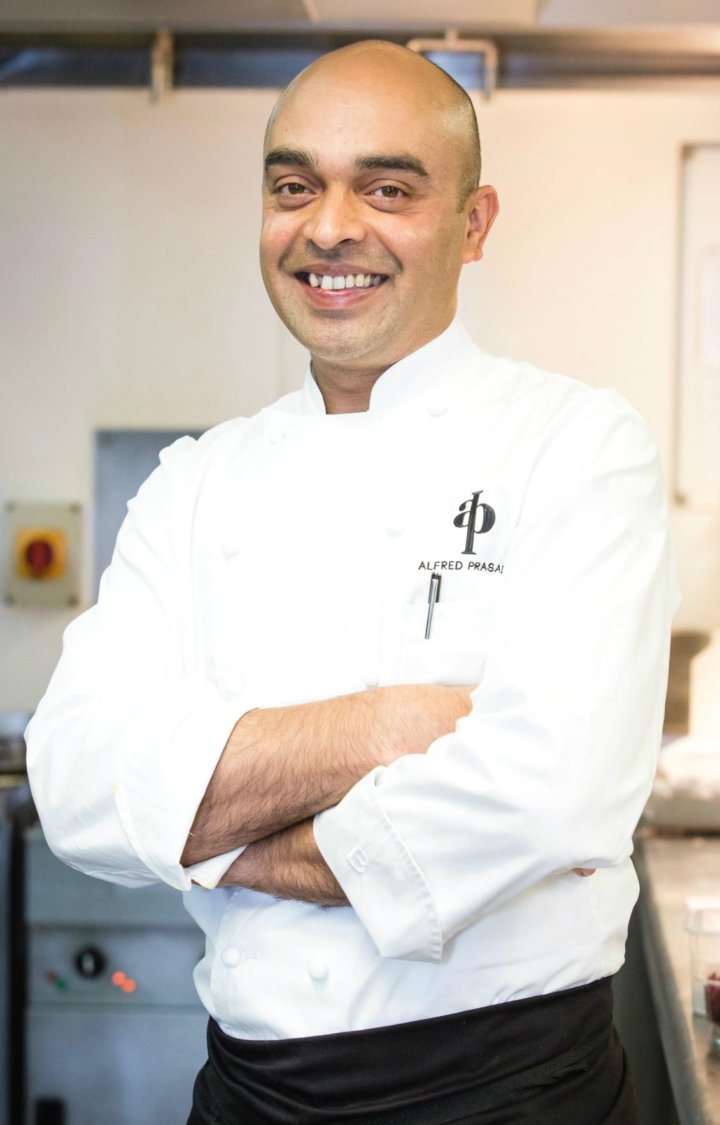 One of the key things about your AirWraps is that they have no additives, no preservatives, no trans fats and no palm oil in the base.  Why is that important?

It’s the way we normally eat food. I don’t think it’s normal for a tortilla to have a 6 to 12 month shelf life. We’re all bit critical now and look at additives that are in our food and there’s a clear move to eating more naturally.  Why should this be any different with the carriers of our sandwiches or wraps?

What about the trends and moves to more plant-based sandwiches and wraps, what are your feelings on that?

It’s not going to be a conscious move because everybody’s doing it. I think “plant-based” has to have a meaning and it’s not just about putting a stamp on it saying “plant-based” and then people thinking it’s  healthy.  If we do transition towards plant-based fillings, it will have to have a deeper meaning. 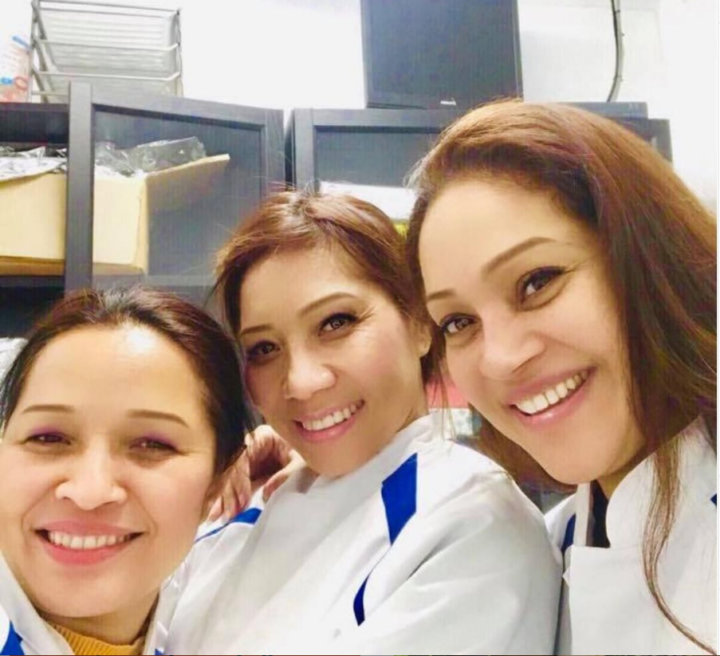 You’ve gone from working at home by yourself to managing a factory, how are you finding managing people?

I love being in the factory,  people think I’m crazy but I’m always there first thing in the morning to open the factory doors. I’m there seven days a week and I have a sense of responsibility towards these hard working staff, doing fairly monotonous tasks. But they always have a smile on their faces when I open the doors. They come from all walks of life but still have so much passion and energy.

How do you learn how to run a factory and what do you need to be aware of?

It’s a huge learning process and each day comes with a different challenge in manufacturing. It’s right from sourcing the raw materials to finding & paying suppliers.  Every step in the process of supplying to supermarkets is looked at.  You have to be BRC (British Retail Consortium) accredited which sets the standard for auditing the quality of a factory which supplies to large retailers.  You need to know every single process and step in the production. Our product has been streamlined over the months, so that efficiency and the process gets better and better. 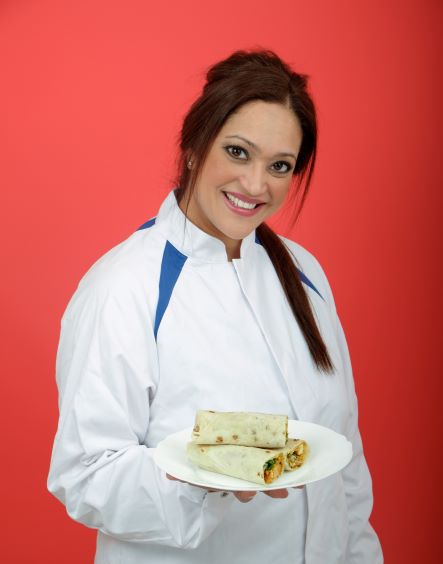 For developing the product I know you’ve been doing sampling in-stores how have you found that?

It’s the most incredible part of any food business when you interact with consumers and see how they react to your product.  It helps you realise why you are there in the first place. Otherwise you lose touch with reality. Sampling helps us see what catches our customers eye, is it the packaging, is it all down to pricing and being part of a meal deal?  Buying sandwiches is normally such an automatic thing. But it’s been good to hear that most of the people we’ve spoken to have been picking up the AirWraps for months. 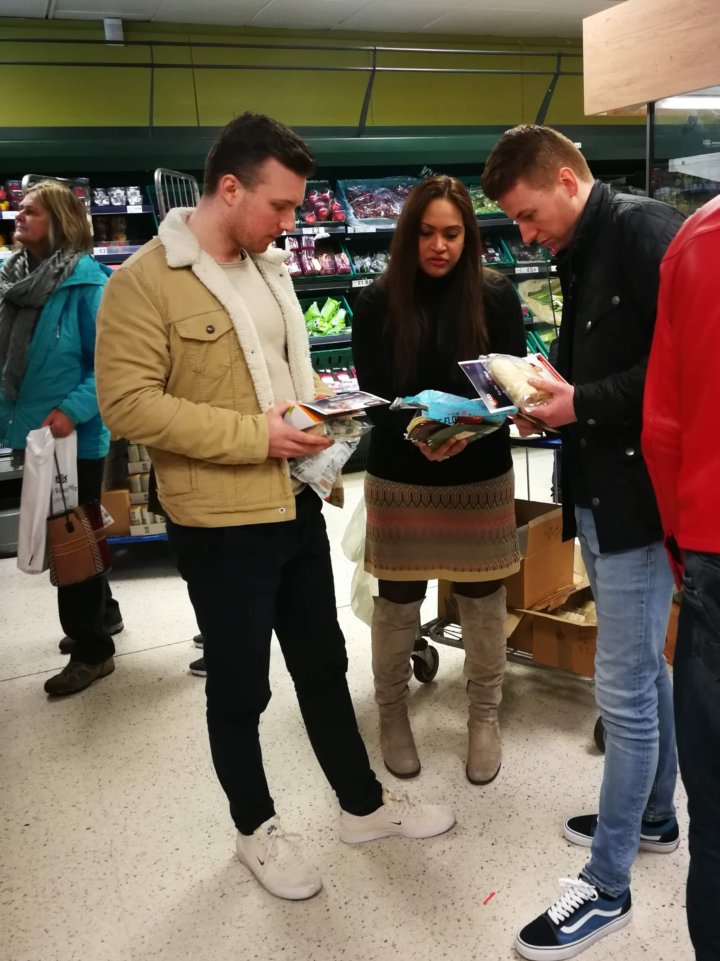 What one piece of advice would you give to someone wanting to get into food production?

First of all discount any critics who try to put you off. Keep focussed and disciplined as it’s very easy to be side tracked. Try to let your growth be as organic as possible.

You can find the  Zinda AirWraps  in selected Tesco stores in London.

Look out for more interviews with female founders of food businesses in the coming weeks.