In the sixth of our series of Female Food Founders interviews we turn once again to ice cream, as it is supposed to be summer time. However here is a very adult ice cream made in partnership with award winning spirit and liqueur producers.  We met Jane Woodhead co-founder of Speakeasy Ice Cream, Each flavour is made with no artificial additives and features a single alcohol as its centrepiece.   Our co-founder, Mecca Ibrahim, chatted with Jane about about the luxury ice cream market, developing a product for both chefs and consumers and why her logo is a blindfolded tiger. 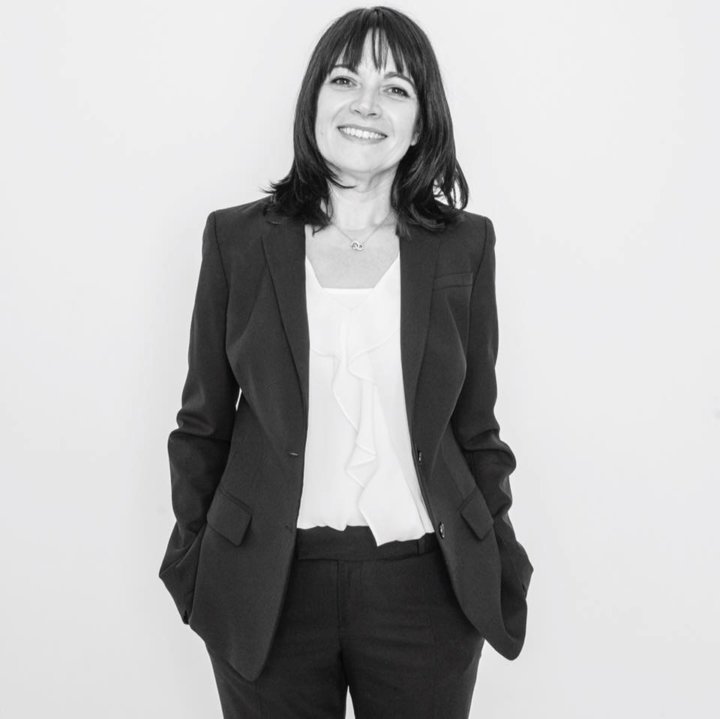 Please tell us a little of your background and how you got into the ice cream business?

By profession I’m an accountant.  I first started working with Marks and Spencer’s in one of their trainee programmes.  As I left to have children I realised it would be difficult to go back and commute. I wanted to have more of a freelance career once the children were older.  Years later I started working with a friend in the recruitment business, this eventually became quite successful and we sold it. During this time my husband (who had an IT background) became a stay at home dad.  When I sold my recruitment business we were thinking about something we could do together with the funds from my sale. My husband said that whenever he made ice cream at dinner parties we always got lots of complements, but neither of us knew anything about making food commercially. My husband went to Reading University and did a course on the science of ice cream. Between we put his science head and my business head into partnership.  We knew we would have a tough ask in the ice cream business as it is dominated by a couple of big players with big pockets. So our product had to have something very unique and different. 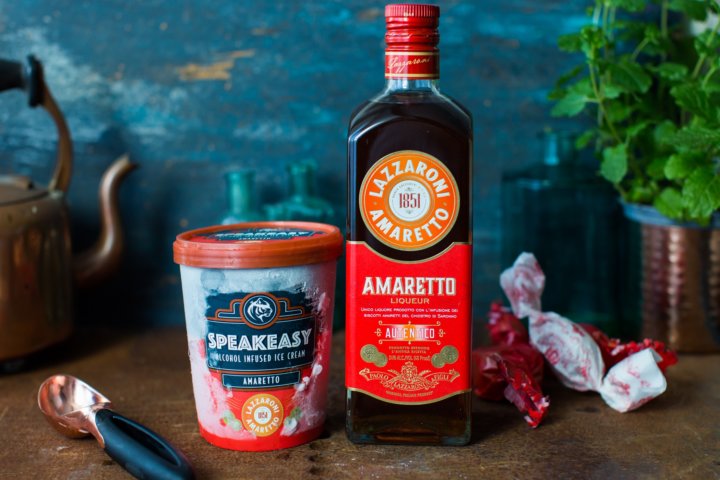 How did you find your drinks partners?

We had a friend who was a licensing expert and he gave us a good steer towards approaching local drinks companies. Luckily they liked what we did and gave us permission to use their drinks for our initial range.

Without giving away too many trade secrets, how do you make alcoholic ice cream, as pure alcohol doesn’t freeze?

Most chefs will tell you that all food is based on science. Particularly ice cream. If you get any part of the mix wrong it won’t work. It effects the texture, the mouth feel, how it melts.  And you’re right alcohol doesn’t freeze in itself  and it contains quite a lot of water.  To get enough flavour into the ice cream you would need to use a lot and it wouldn’t freeze.  Alcohol makers don’t have to tell you the ingredients (unless there’s an allergen) which again makes the science difficult. So that’s why we work directly with the  master distillers and share each others the science.  The actual ABV of our product is low but the flavour is there.  If you have too high ethanol it will just destabilise your ice cream and it will just melt on the pass. 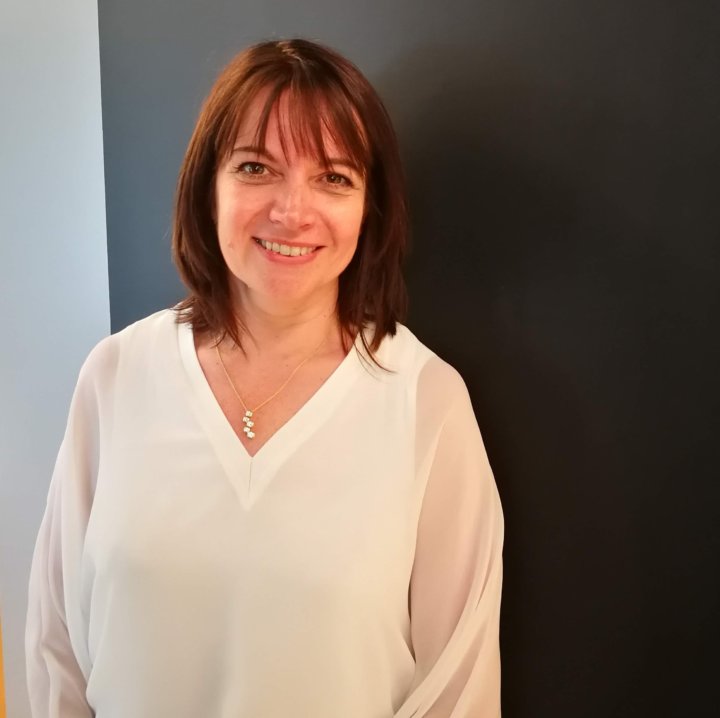 How did you move from your home business to getting your first supermarket deals?

We spoke to a local pop up gastro venue to do a focus group on our ice creams. We were experimenting and wanted to produce something with a single alcohol at its core. All of the research around then was saying inclusions were good with ice cream, some people liked fruit, some people liked colour. The venue put up a request for people looking to taste alcoholic ice cream and we had 60 volunteers within an hour. We got really good feedback but there were also some chefs in the focus group. What we came away with was that people weren’t that bothered about inclusions and they wanted their ice cream to be pure.

We needed to create something that wouldn’t burn the back of your throat. As we wanted to be a luxury product we were told to move away from mixes as it would put us in the novelty cocktail area. We wanted to be something that paired with really great desserts. It took well over a year to find the right sized unit and we didn’t realise how long it would take to find a professional food production kitchen. We finally found something through a freebie magazine that come through our door. We got the kitchen kitted out and decided to launch at the IFE two years ago in 2017.  We literally finished making the ice cream the night before as we were still tweaking the recipe. We didn’t even have packaging – just mock ups as to what it should look like. Amazingly we were swamped and that’s where we met Ocado. We also met a large pub group there and they wanted to feature us on the menu. It took about 18 months to get all of that sorted. 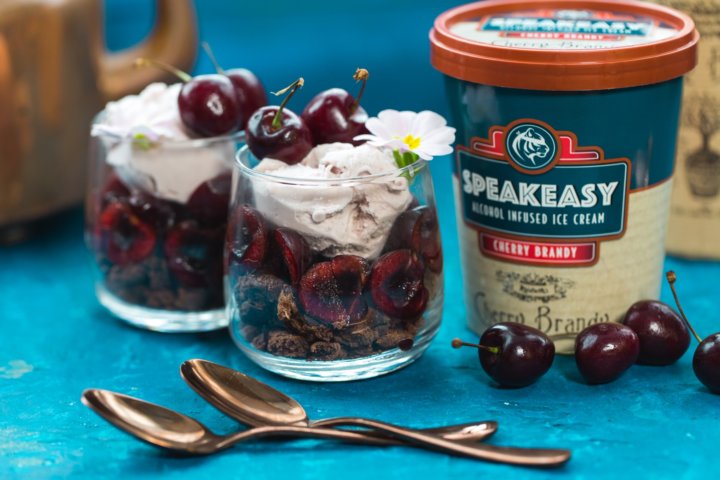 Sounds easy, so was it all plain sailing after that show?

Well there’s always a curve ball. Everyone tells me in food that they ave packaging issues, we had packaging issues.  Also we had been working with HMRC since the start even before proof of concept to ensure we understood all aspects of creating a food product with alcohol. Then out of the blue as we were launching HMRC declared that all frozen alcohol desserts could be a drink not food which came with a raft of challenges regarding licensing, packaging etc.

Thankfully after further review HMRC reversed this decision and now understand the nature of the product and that it is definitely a food. But during this time Ocado were brilliant and waited for us and we launched with them six months later in November 2017.  In February 2019, we launched some new flavours and all seems to be going well now, we have a growing fan base and have just launched in Booths. 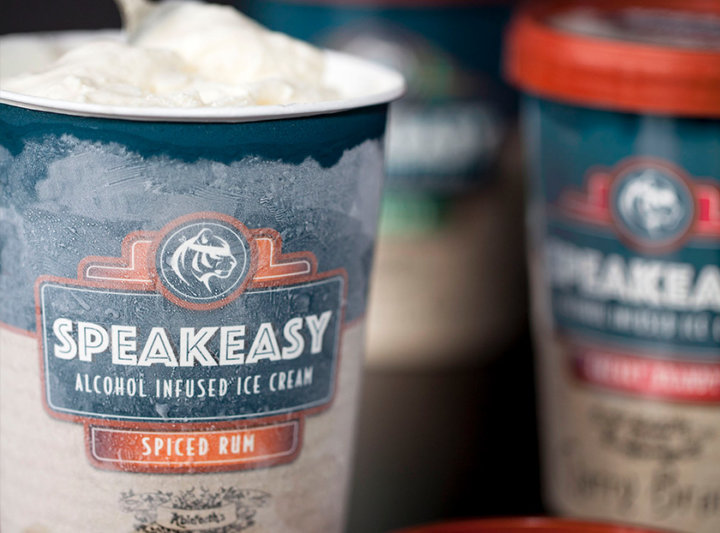 How did you come up with the name and your logo?

The name was one of those 3am in the morning ideas. It was connected to all of those Prohibition days and the speakeasy bars. It was hard finding something that wasn’t already registered, so we checked and registered. Our visual logo is the blind tiger.  We didn’t want the brand to be about us as there were already ice creams named after the founders – eg Ben & Jerry.  We wanted to have a story that people liked and then told other people about.   Historically speakeasy bars in America were advertised by a blind pig or a blind tiger.  Social Eating House, Jason Atherton’s restaurant has a Speakeasy bar upstairs and its under an optician sign and the door knocker is a blindfolded pig. Legend has it that in Prohibition days you could buy alcohol if you had a medical condition, so astute bar owners said you could pay to come in and see the blind tiger, so  going to see the blind tiger or blind pig became synonymous for going to have a drink. 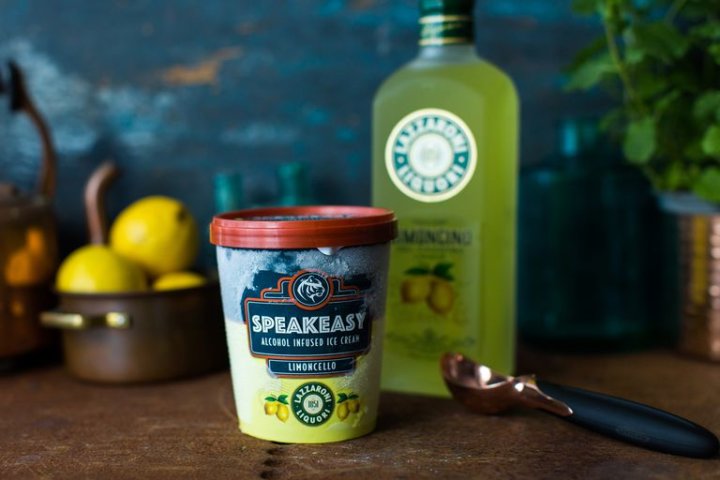 How did the whole concept of working with and producing ice creams for chefs come about?

The whole concept came from our own dinner parties. By the time people come to dessert, you as the host might be a bit jaded and not up for making a big dessert. But you want something to still have a wow factor, so we produced the alcoholic ice cream that people would have with something that was pre-prepared like a simple apple pie.  We took our ice cream to Scott Goss when he was at Twenty Six.  He served our cherry brandy ice cream and said it was the best ice cream he’d ever tasted.  We understood the technical challenges of serving in professional kitchens, so that it became soft scoop straight from the freezer and still held its shape but was easy to quenelle.  It’s more like a gelato in its density.  The moment chefs taste it you can see their brains whirring, thinking what will I do with it. What will I pair it with?  Turn it into an affogato? Serve the Limoncello one as a palate cleanser? We encourage chefs to use it creatively rather than just serving it by itself. 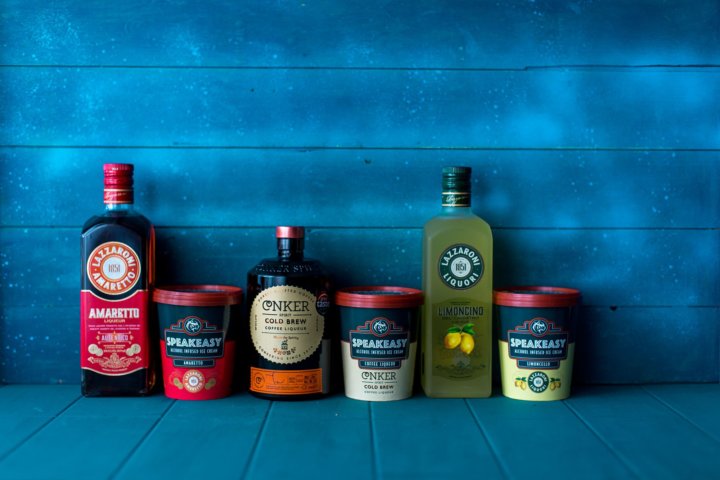 Tell us a bit about food waste, as I imagine that there’s probably little wastage with this, as people like it and it’s frozen  so won’t go off?

We’ve worked hard to ensure our ice cream retains its quality over time in the heat of a commercial kitchen and as a result has no waste. Chefs tell us this is not always the case with other ice creams which can degrade quickly once a tub has been opened and have to be thrown away.    We also have individual pots and some casual dining units take those small pots so there’s no waste there at all.

What’s your desert island ingredient or the one type of meal you couldn’t live without?

Ironically I am quite a savoury person and I do love a roast.  Eggs would be my ingredient, as they are so versatile. 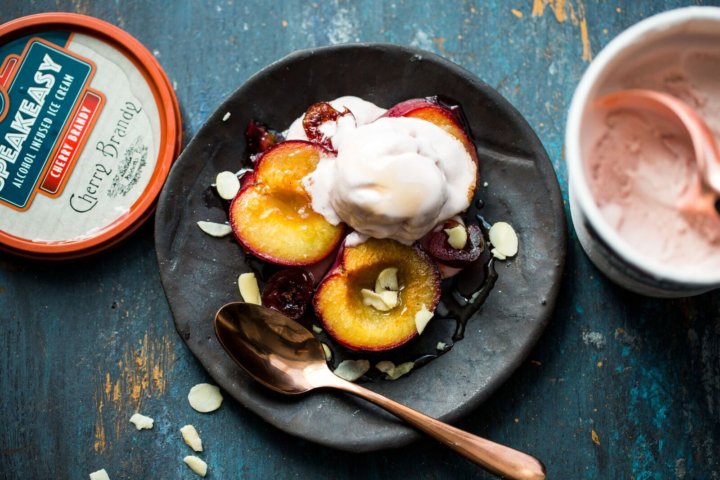 Have you found that being a women has helped you in business?

In any industry women are generally supportive of each other in the right environment.  We tend to come without egos and don’t want to stamp on anyone to rise up the ranks.  There are maybe far more female food founders than I have seen in other sectors. Also I know I don’t know a lot things either and so I ask lots of questions. Everyone I have reached out to in the food industry has been super supportive. 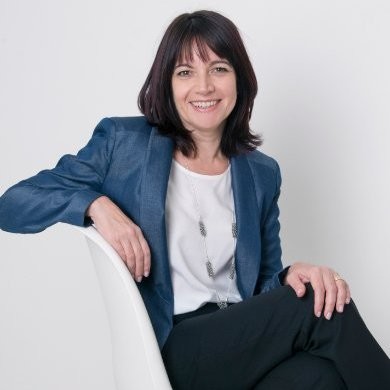 What one piece of advice would you give to people starting out in a food business?

Try to reach out to people who have experience in accreditation. You will avoid a lot of challenges further down the line this way. Join online forums and hopefully you’ll avoid problems with setting up kitchens and packaging. The biggest piece of advice though is to get going and get your product out, because if you keep worrying, you’ll overthink things and never do it.

You can find Speakeasy Ice Cream, ice cream online at Ocado and they have just launched into Booth’s stores in the North of England.