Staffing in restaurants is currently a very hot topic, particularly in London. So how do you keep a Central London restaurant with over 350 staff running like clockwork? Our co-founder, Mecca Ibrahim, chatted to Caroline Taylor, General Manager of Mayfair’s Novikov Restaurant & Bar. This glamorous and huge restaurant has two dining rooms, covering Asian & Italian food, and a Lounge Bar.  Caroline shared her experience of launching and managing two of London’s most influential and ground-breaking venues the restaurant in the OXO Tower and Fifth Floor at Harvey Nichols.  She also shared her views on staff motivation & recruitment in the restaurant world. 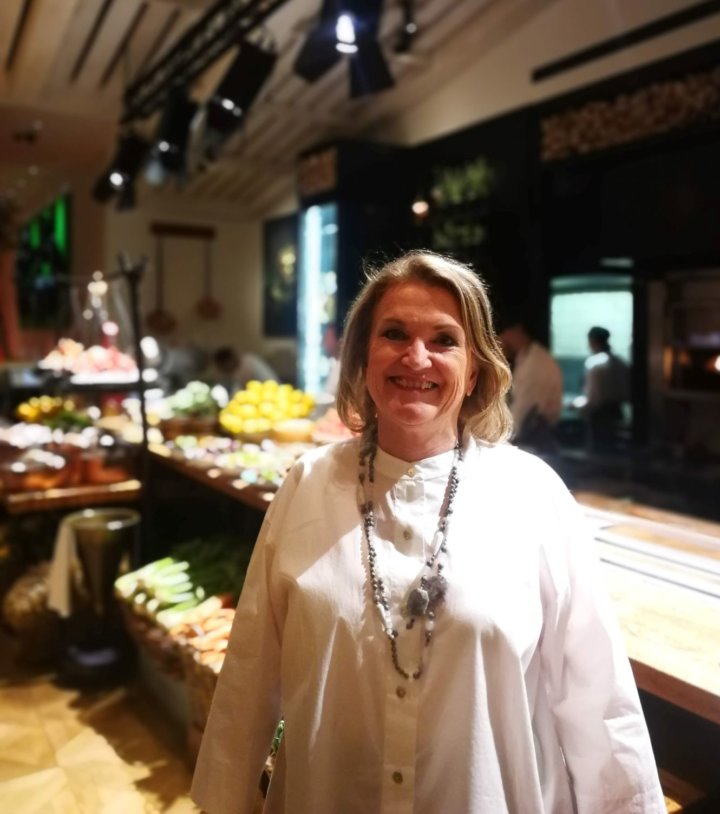 Can you tell us a little about your background and how you first got into the hospitality business?

I’m from Brisbane in Australia and my family were amazing hosts and knew how to throw a good party. My mother wasn’t the greatest cook but she took me out to lots of restaurants at a very early age. I came to London when I was 21 and wanted to get into the restaurant world because of mother’s love of eating out. I started working for a small Austrian restaurant that used to be in St Christopher’s Place. I went back to Australia after a couple of years and worked for the late Len Evans in Sydney. Anyone who was anyone always came to his restaurant as he was one of the founding fathers of the Australian wine movement. I was there for four years until the restaurant closed due to Sydney’s redevelopment.

I came back to London in the early 1990s and worked with Harvey Nichols to open Fifth Floor with Dominc Ford. That took me out of the small restaurant environment to the boom of the food industry in London. I then worked with Harvey Nichols to open up the restaurant in the OXO Tower and in total I was with Harvey Nichols for 13 years.  But it was always changing. The Southbank from 1996 to when I left in 2005 had changed immensely. I then moved to The Dorchester and worked for David Tang at China Tang.  I left The Dorchester in 2011 to join Novikov.  I’ve not had a million jobs but have had the pleasure of opening restaurants since 1992.  It’s great as you feel comfortable with a big company, but it was a huge learning curve as those companies were doing things outside of their comfort zone. 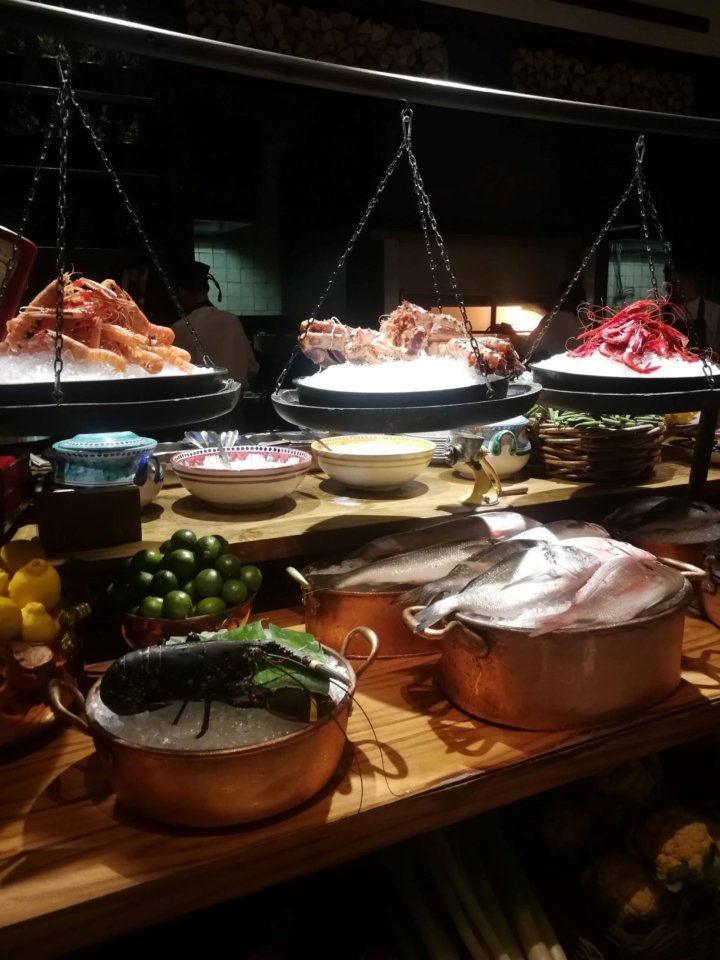 What are some of the biggest challenges you face running restaurants?

At this stage in my life the challenges don’t feel daunting any more. It might be kitchen porters not turning up or troublesome customers, but you need a good infrastructure so people don’t fall over. There are lots of safety nets.  If the fire alarm goes off you now have structures in place where people go almost into auto pilot mode.

Actually working for the OXO restaurant at the time of opening was a challenge because no one knew where it was. They knew the Southbank, they knew were Tower Bridge was, but in-between? I remember doing staff recruitment,  where I met 70 new members of staff in one day and trying to explain where the restaurant was.  Pre-internet telephone reservation systems weren’t the greatest too. 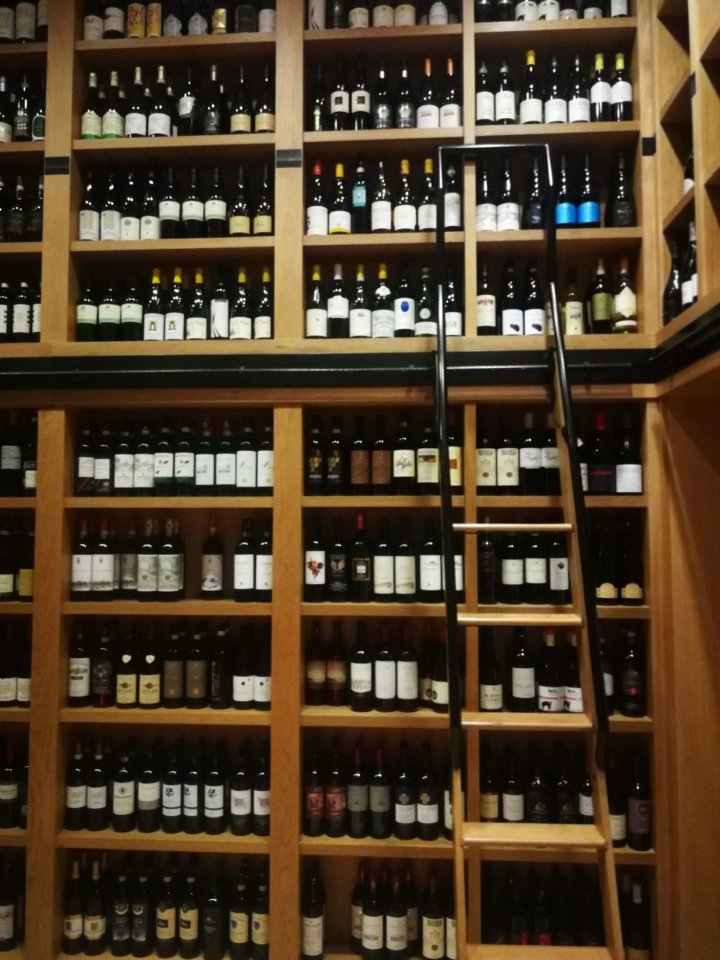 Some people say the three most important things to get right with a restaurant are food, wine and service how do you balance all three?

Firstly I’d put food and wine in one, service and then ambience as the third.  For food and wine, you shouldn’t be afraid of having multiple suppliers. There are so many great suppliers around you shouldn’t take the easy route of relying on just a few. From a service perspective, it’s all about getting the right people. People with the biggest CVs don’t necessarily bring the best qualities. Mid management level is the hardest to recruit for, so you need to build up junior staff to that level. It’s also one of the joys of my job. The ambience for me is about energy. You want to walk through a door and feel you have landed somewhere, that you are going to have an experience.  It the noise, it’s hearing happiness and the diversity of customers. You need to be able to feel the restaurant. I love the diversity most about Novikov – the restaurant is never quiet. You come here and there are so many different things going on – big birthdays, office parties, anniversaries and much more. 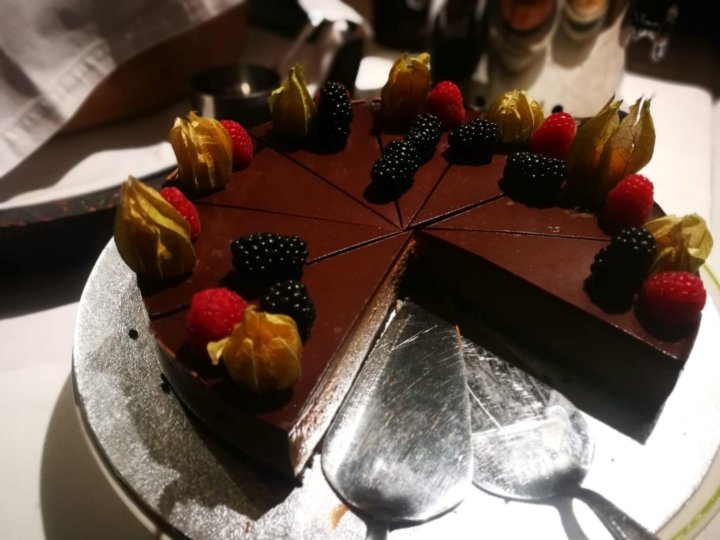 Do you feel there is a recruitment crisis with restaurants right now?

All of our senior staff tend to stay, but with the junior staff there is a higher turnover.  To be honest in the Asian restaurant there is less turnover amongst the junior staff.  There’s always a month when the head chefs will tear at their hair and say “We have no staff” but then all of a sudden there’s a glut. But generally because we have so many staff, they do network, they know people and doors open so we tend to fill positions quite quickly. We have over 350 staff here. But we don’t over-staff. We have 800 covers across the two restaurants on average  week nights. 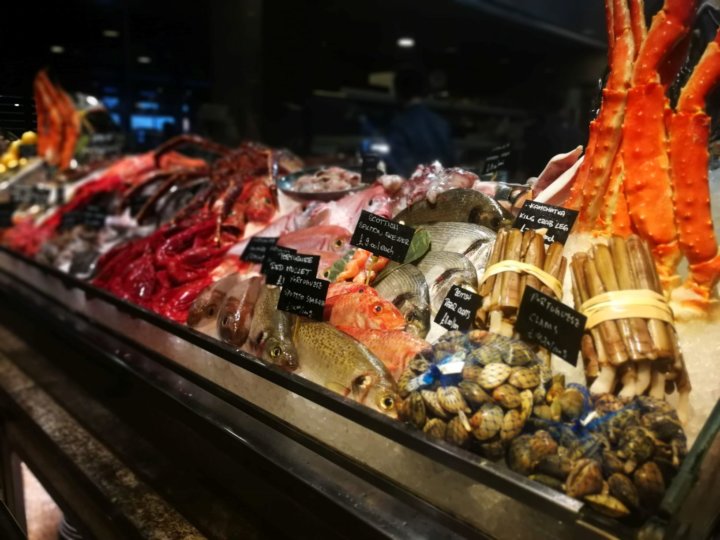 What’s your favourite dish on the menu?

There is one special dish when it comes out. The Cacio e Pepe is amazing when it’s white truffle season. You only need a little bit of white truffle to make it even more special. 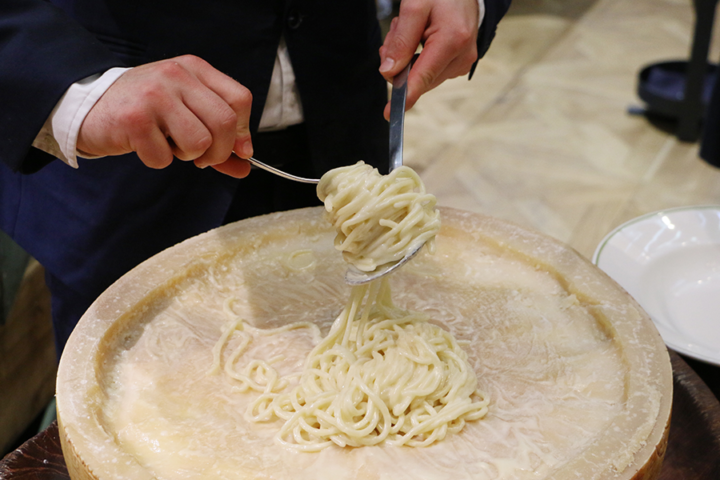 What are some of the advantages of being a woman in the hospitality industry?

I’m fortunate, I don’t feel like I have been looked over from being a woman in the restaurant world. It’s probably true that women have to work harder.  I have grown and taken on and absorbed more in each role. It’s just years of experience. Women tend to listen more and nurture more than men. It’s a big generalisation but I definitely feel that women are more nurturing. 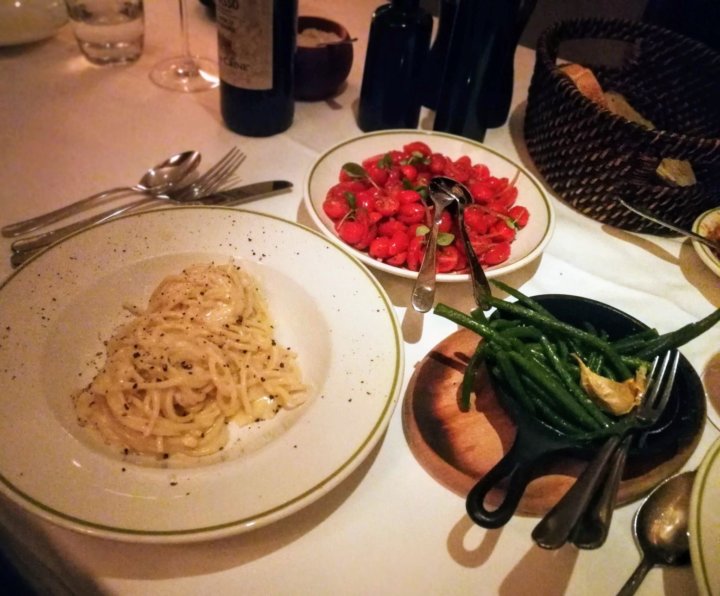 If you were marooned on a desert island, what one ingredient could you not live without?

My ingredient would be garlic. I don’t think there’s anything I cook that doesn’t have garlic. Finely sliced, crushed or in whatever way you want to use it, it’s a wonderful ingredient. 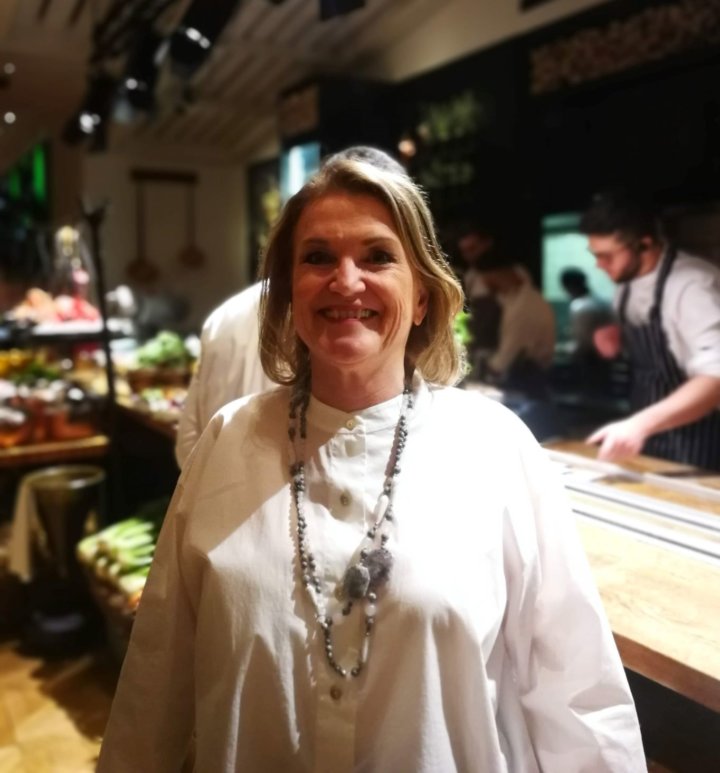 What one piece of advice would you give to someone who is just starting out?

What do you know now that you wish you knew when starting out in the restaurant world?

One of the things I have looked at as far as the business is concerned is that if you were  to open up a restaurant it’s always ideal to  have more than one offer. Don’t just have one room. Have a bar, have an outdoor area, have a private dining room. It gives you more flexibility over the seasons, you can make more of the different spaces.

You can find Novikov Restaurant and Bar at 50A Berkeley St, Mayfair, London, W1J H8A Telephone – 020 7399 4330. It is on Instagram at  @novikovrestaurant and on Twitter as @NovikovLondon.

You may also like to read our other restaurant interviews and features with female chefs and owners of restaurants – Pomona’s, Shola, The Parkers Arms and Romulo Cafe. We also interviewed Katie Chesney Head of Marketing at the STK Steakhouse group of restaurants EMEA. Plus you can listen to our podcast with Katie Chesney very kindly put together by our friend James Haywood of OpenKitchen.