Pomona’s on Hereford Road in Notting Hill, used to be  a rather dark but cosy traditional pub called The Commander. It went through a “Californian” refurb when its name changed to Pomona’s and Marina O’Loughlin dismissed it as a place ‘colonised by a flotilla of designer buggies‘ in May 2017. Now thanks to new Head Chef, Ruth Hansom, Pomona’s has been transformed again. This new incarnation celebrates the best of British ingredients and does so with an assured hand, inventiveness and an emphasis on sharing. Our co-founder, Mecca Ibrahim, was invited to lunch with a select group of food writers to sample the menu. 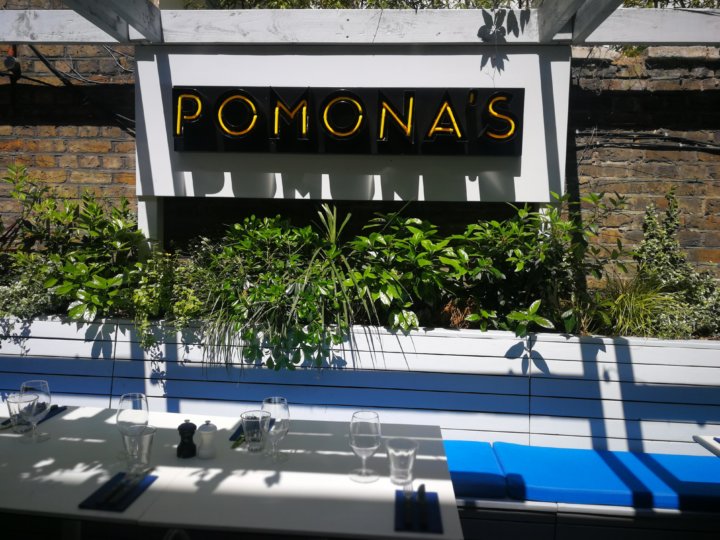 Ruth Hansom joined Pomona’s as Head chef at the beginning of May 2019.  A former winner of Million Dollar Menu, in 2017 she became the first woman to win National Young Chef of the Year. Ruth now has some ambitious and creative plans for Pomona’s restaurant. 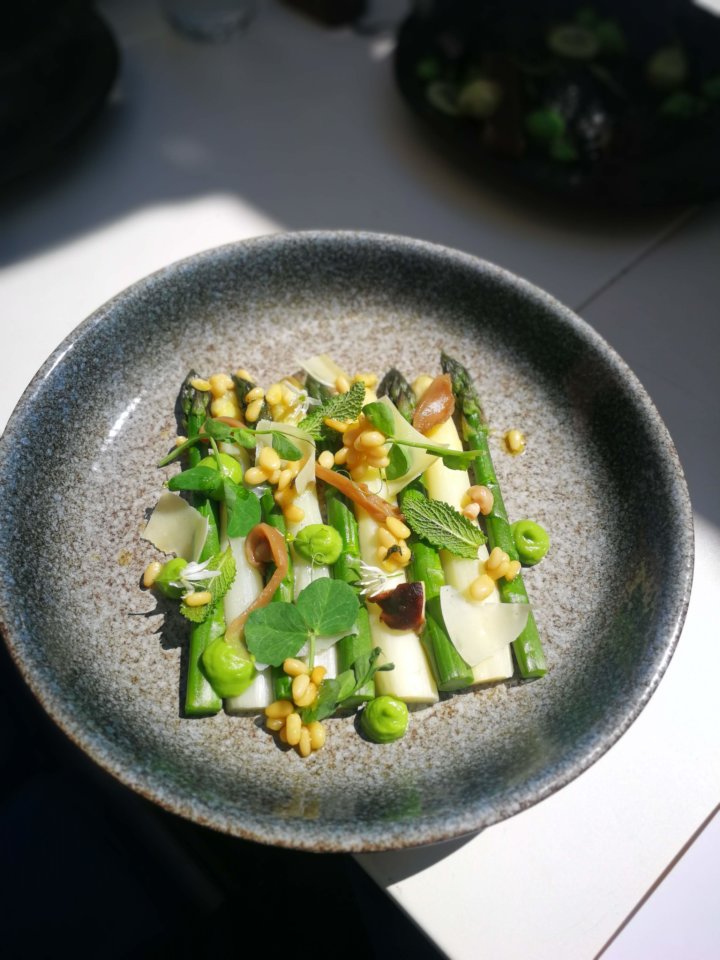 How are you finding life back in London at Pomona’s after Luton? (Ruth was Head Chef at Werhner, Luton Loo Hotel’s fine dining restaurant & formerly at The Ritz)

It’s really good but a bit of challenge as I bought half the team with me from Luton and am working with staff from the original team at Pomona’s.  I wanted to go outside of central London and wanted to do something a bit more relaxed than at The Ritz.  But I am still cooking what I hope is still great food. 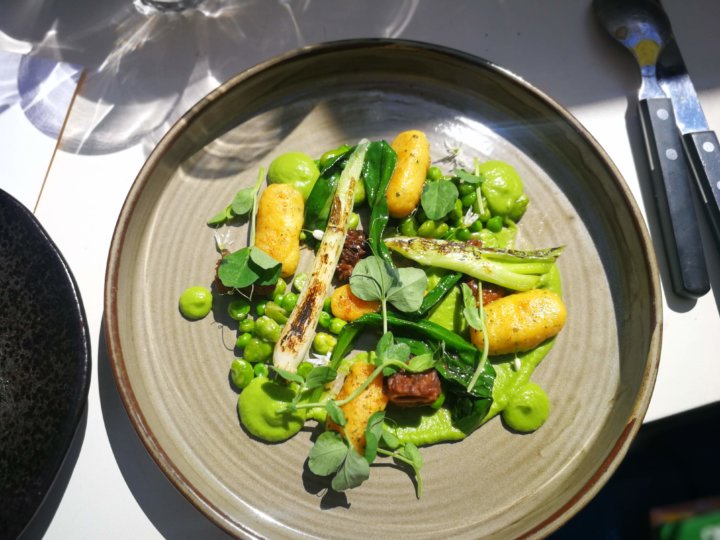 We hear that you are ambassador for Great British Food, how did that come  about?

My whole ethos when you look at the menu is finding those small British suppliers that are going to struggle if people don’t help them. They are producing great food but aren’t necessarily the cheapest so  they might be overlooked. I spend a lot of time researching and you meet so many family run businesses with great stories. I remember visiting Bluebell Vineyards and we are pairing their wine with a scallop dish. I found out they used to be a pig farm, so we put some bacon on the scallops to link in with that back story. 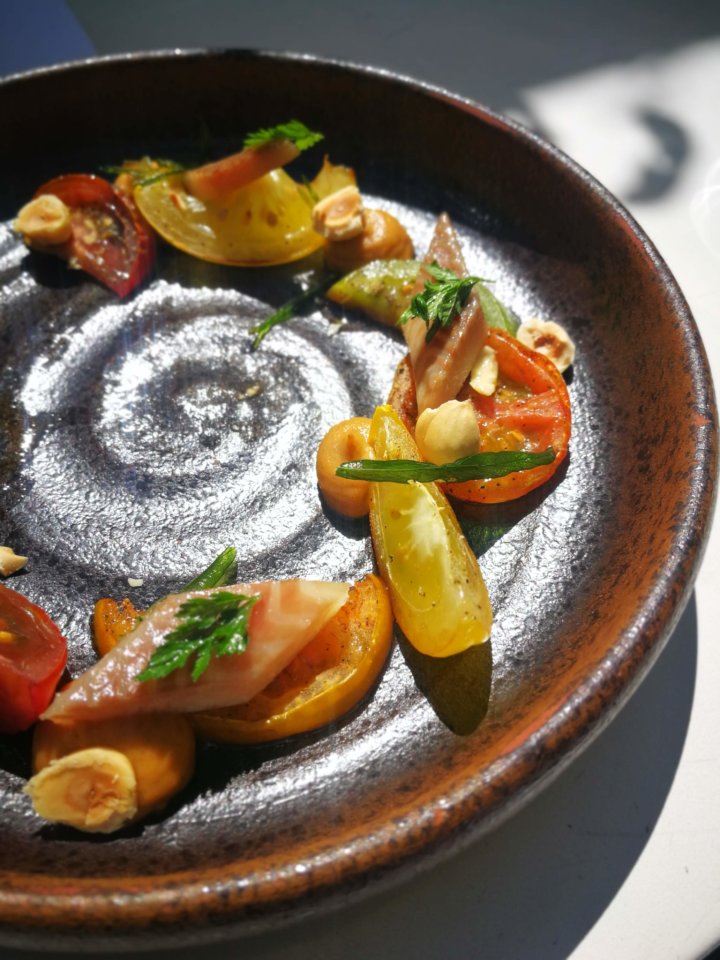 You are making the most of the summer time right now, what other plans do you have for the summer months?

Outside we have a great garden where we are now and have a lunch menu for outdoor eating. For Carnival we are going to bring in a Bertha for more barbecued food, so we may be doing grilled oysters in the front of the restaurant. 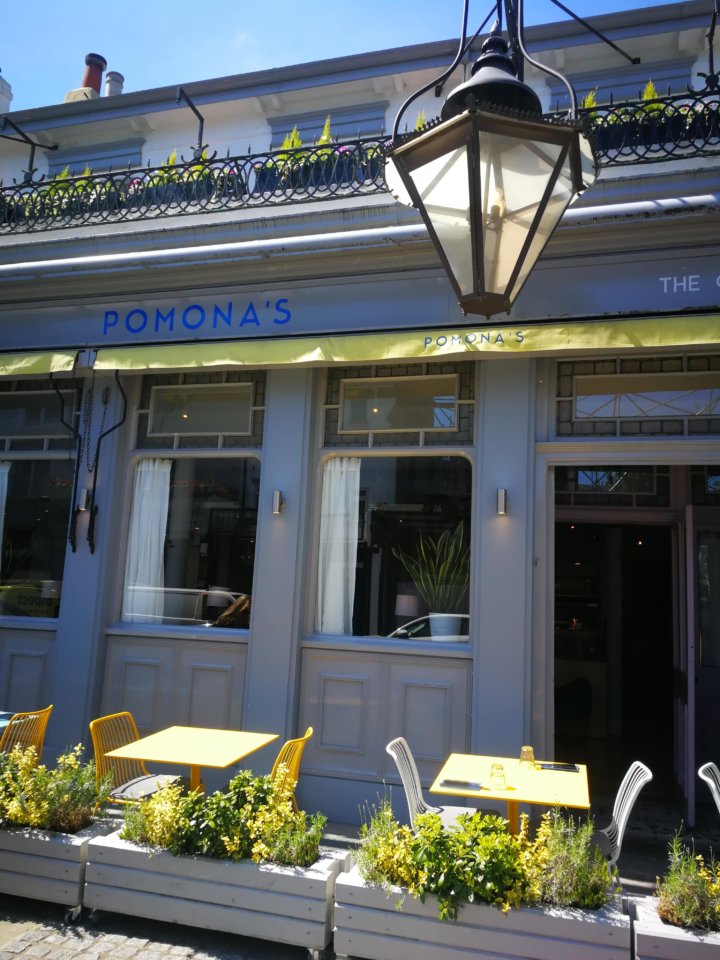 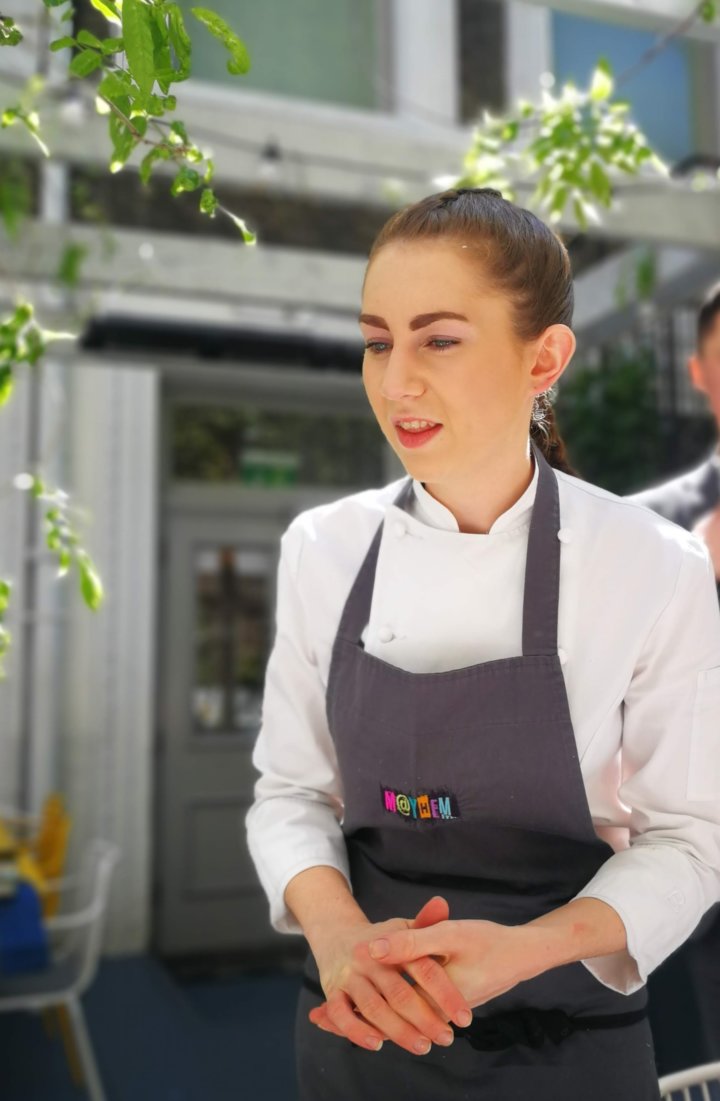 Has the experience of winning Million Pound Menu changed how you cook?

A big thing was confidence, so I know I could run a kitchen whereas before that I would have doubted myself. Plus the confidence that other people have in me, made me grasp an amazing opportunity like Pomona’s when it came up. 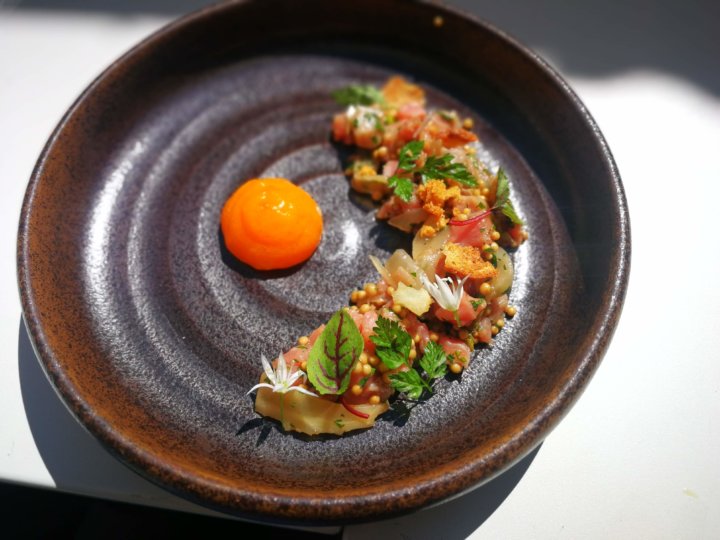 You won Young National Chef of the Year in 2017 too, what did that do to your confidence?

I had entered Young National Chef of the Year three times before that. I think they just wanted to see the back of me! But being the first female to win was a big achievement. I have entered National Chef of the Year this year and will find out in a few days how I’ve done.  I would definitely say go for competitions like this. Every time you enter competitions you are given a brief and it gets you to expand what you do beyond your daily menu. You also make so many friends, which is a big thing, it’s good as they can teach you things, and in this industry you are always learning. 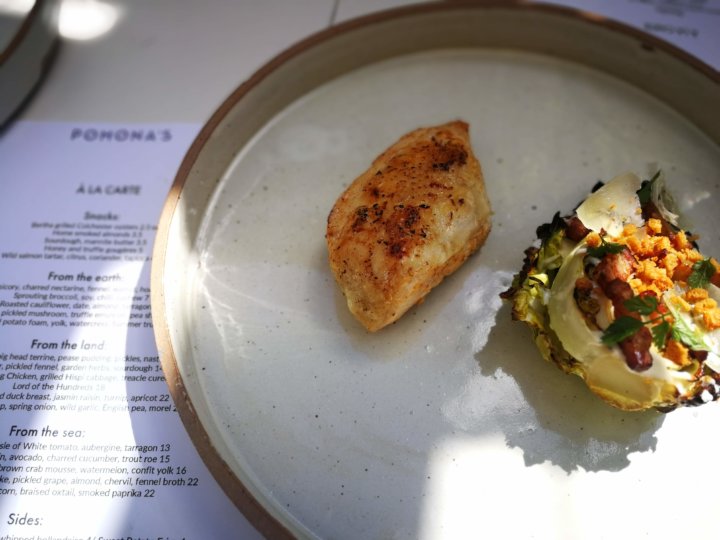 And we hear that you are mentoring young chefs now?

Yes I am mentoring this year for Future Chef. This is a competition run by Springboard for under 16’s .  I did it when I was in school and went to the National Finals as before that I wanted to be a doctor. I moved to London and from all of the opportunities Springboard gave me, they got me my first job in London, they introduced me to The Ritz, so I really wanted to give back.  I ‘auction’ myself off and cook in other people’s houses and give that money to support Springboard. 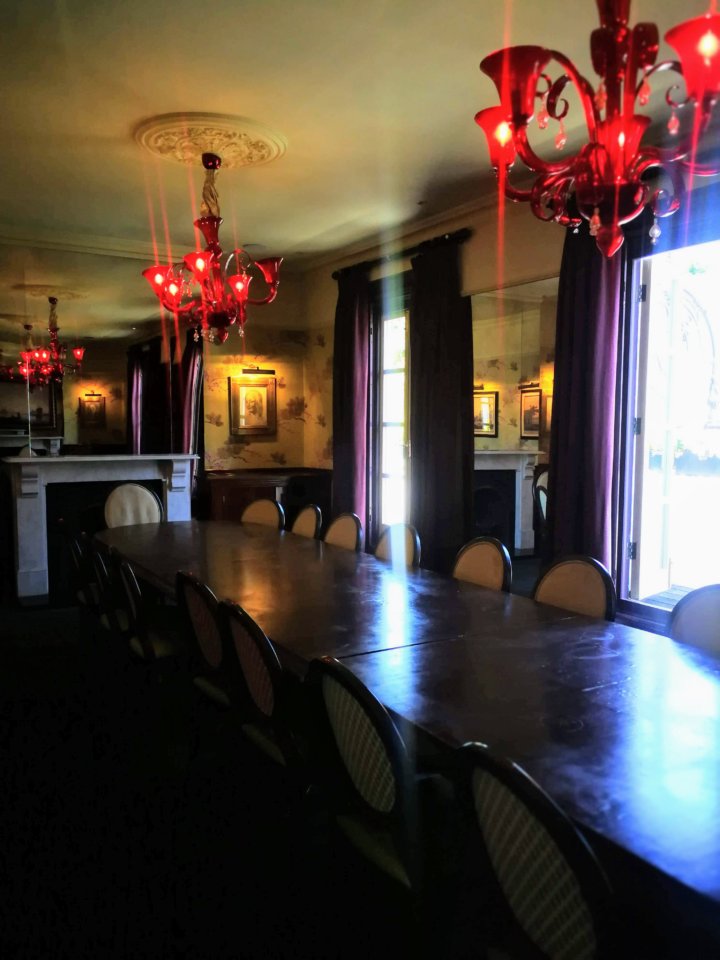 There are plans to make the upstairs of Pomona’s slightly different, can you tell us more? 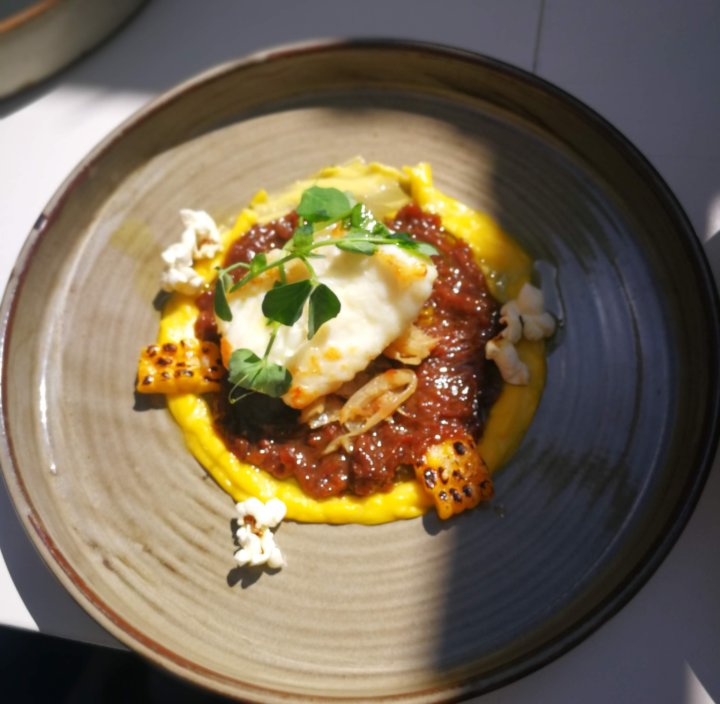 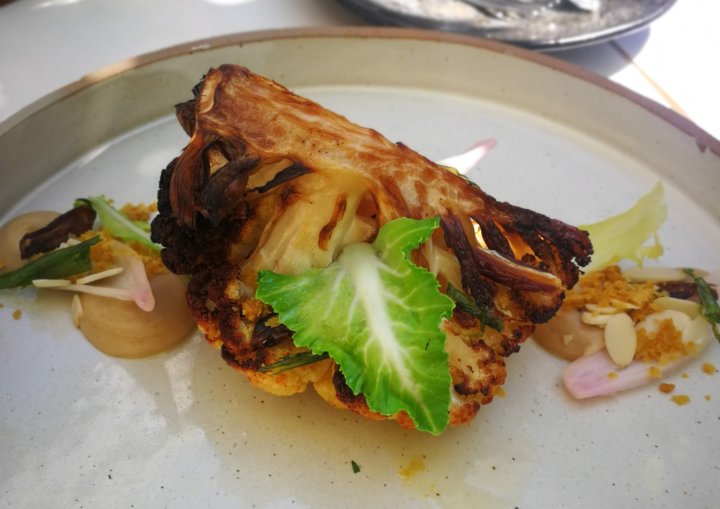 I think the halibut, I’m a bit obsessed with fennel and pickled things.

For myself lasagne, hands down. My mum never ever used to cook unless she had a full day off work and if she did, she would cook lasagne. So that’s a bit of  a guilty pleasure for me.  An ingredient it would be garlic as I love garlic.  I think it goes with everything. 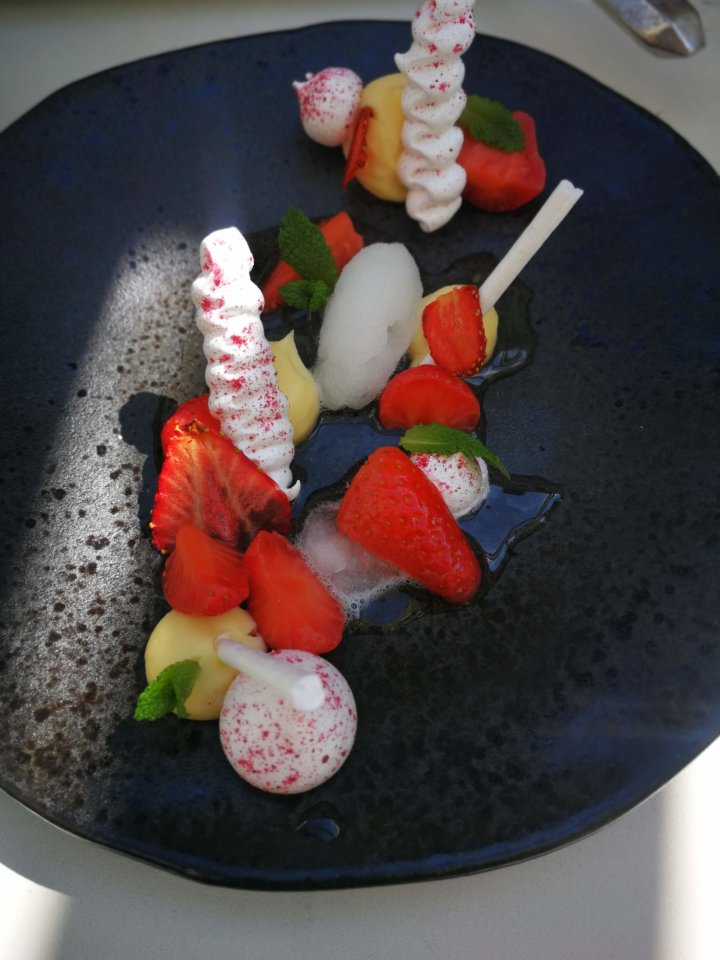 You might also like to read our interview with another hugely talented young female chef, Olivia Burt, the first woman to make the Roux Scholarship finals in four years.