Our co-founder Mecca Ibrahim, interviews Olivia Burt, Sous Chef of Claridge’s, who has reached the regional finals of the Roux Scholarship. She is the first woman to do this since Sabrina Gidda made it to the finals 4 years ago.

It was a blustery, wet and windy day, when I left the Tube at Bond Street and headed to Claridge’s.  But I was prepared to cross London, windswept and cold to meet the first woman who had made it to the Roux Scholarship regional finals in four years.  I hadn’t managed to find out much about Olivia on the internet. Many of the other regional finalists had been interviewed in trade sites, but there seemed to be little about Olivia.  I am hoping that after Thursday 14th March 2019 (when she competes in the regional finals) that will change. 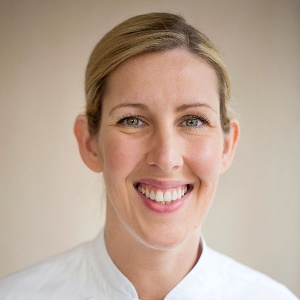 The one thing I had seen about Olivia was from Hospitality & Catering News with  a quote from Clare Smyth, a Roux Scholarship judge, who Olivia cites as an inspiration. “It’s nice to see a female chef among the finalists; once the identities were revealed, I realised she had one of my highest scores so I was excited about that.”

Here’s some background on Olivia. She’s 23 years old. She started out as a private chef and worked for the late Joël Robuchon in Paris. She studied at Le Cordon Bleu and at Ballymaloe Cookery School in Cork (where MasterChef The Professionals entrant & one of our panellists Joey O’Hare also trained).  She had worked for Simon Rogan when he had the Fera at Claridge’s residence. While working for Simon she won a Royal Academy of Culinary Arts’ Annual Award of Excellence in 2017. So far so impressive. Onto the interview.

What were some of the major things you took away from working with Simon Rogan at Fera?

The importance of British produce and the seasonality of that produce was one of the biggest things. At Fera we hardly used any products that weren’t from the UK.  It’s really interesting to get to know the suppliers and see how long the products are in season. Also Simon is one of the most famous influencers for Roux Scholars and it was while working for him, that I knew that I wanted to apply.

Who do you work with now at Claridge’s and how did you start preparing for the Roux Scholarship?

Our Executive Chef is Martyn Nail and it’s great to be here at Claridge’s and he’s really encouraged me. I spent my first two weeks here focusing on my application taking photographs and making notes for my Roux Scholarship entry.  There are a list of things you have to make and this year it’s a short saddle of hogget and you have to use the kidneys. You have to make a rosti as one of the sides and you have to serve this with a sauce, and then come up with your own side dish too. Obviously it must all be seasonal too.

Where will you be cooking in the regional finals on Thursday and what are the most important things you think you need to focus on?

It’s at the University of West London in Ealing. Timing is most crucial at the Roux Scholarship as you only have two and half hours to make the hogget dish, your sides and a dessert from a mystery box of ingredients.  You need to see how fast you can get things done and in the best possible way.  So I am going to need about 30-45 minutes for the dessert and the plating aspect. Also with the Roux Scholarship, unlike other awards I’ve entered,  you can be up against people much older than you, as the age entry runs from 22 to 30. There are also four people who have entered before and some of those have reached the finals several times already. If I think of what I’ll be like when I’m 29 or 30 that will be a lot more experienced than I am now! 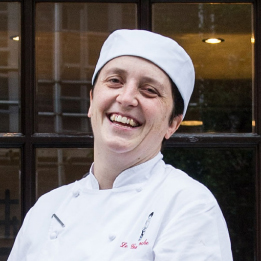 There are two regional finals, one in London and one in Birmingham, who are the judges for your section?

My judges are Michel Roux Jr (who’s Chairman of the overall judging panel), Sat Bains, Rachel Humphrey, James Martin and André Garrett. There’s no saying that some other people might turn up to watch too.

What would happen if you got through to the finals?

If you get through to the finals on the 1st of April you cook on that day in the morning and then go straight to the ceremony that evening when you hear who the winners are.

Which chefs do you find inspirational and look up to?

Daniel Humm is definitely right up there for me.  I looked at his  cookery books and thought this is super cool as I liked all of that perfectionist work.  I ate at his restaurants and stayed in his hotels in New York, so for him to come to Claridge’s is really exciting.  It’s the dream for me as I don’t have to go to New York to work with him now. Then you have the really famous women. Clare Smyth is a big one for me as she’s such a female powerhouse. She’s a real working chef who is at her restaurant pretty much everyday, which I really admire. I also find a lot of restaurants really cool like Geranium in Copenhagen.  A lot of the Copenhagen scene is going towards sustainability and using all of their food waste and growing their own vegetables.

Finally, any advice you would like to give at someone who’d like to be in your position this time next year?

I think it’s about sticking to what you really enjoy. And whatever anyone tells you, if you are happy and still learning that’s the best advice I would give. You’ve got to open your doors to every opportunity. Kitchens are tough places, it’s long hours, but you get the rewards too, more than in some other jobs. 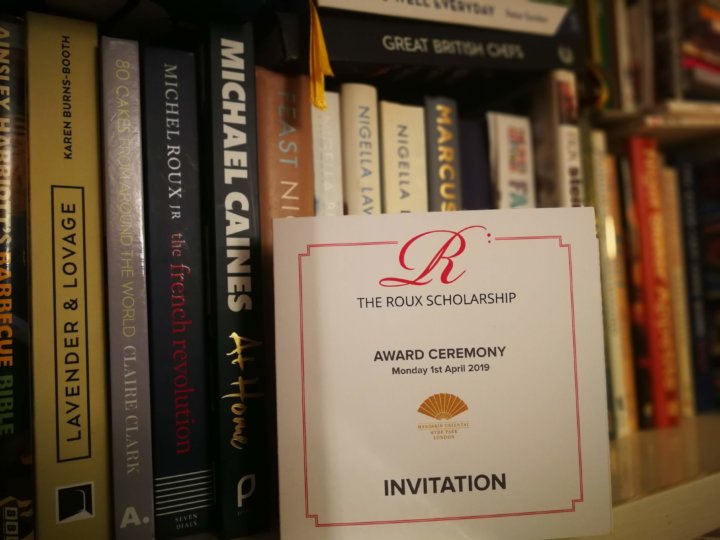 We are keeping our fingers crossed for Olivia and hope that she reaches the Roux Scholarship finals and we see her for the ceremony on the 1st April 2019.  UPDATE – 14th March – Olivia has made it through to the finals 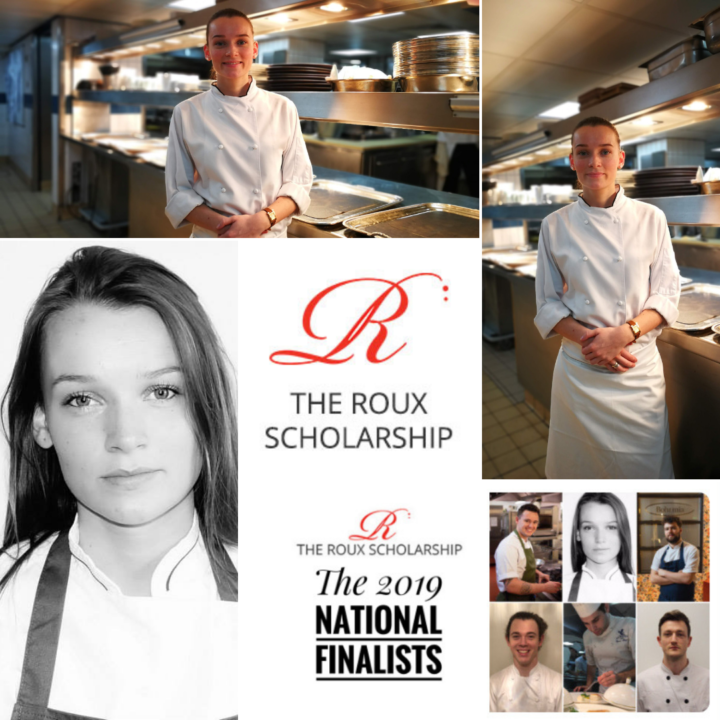