The Caroline Walker Trust Awards showcase the passion, courage and conviction of those who work to improve the quality of our food and the nation’s health. The winners of the 2019 awards were announced on 12th November and we were delighted to see so many innovative women amongst the nominees, many of whom are challenging the status quo in the field of nutrition and public health.

Caroline Walker was a British nutritionist, writer, author and campaigner for better food, who died from cancer aged 38. After her death, the Caroline Walker Trust (CWT) was established with a mission to “improve public health by means of good food”. Established in 1989 to continue the work of Caroline, the Trust is a charity which undertakes specific projects, funded by grants and donations.

A major part of the trust’s work is to produce expert reports which establish nutritional guidelines for vulnerable groups – including children and older people.  The theme of the awards was Affordable Food: Affordable Health. It strongly aligns with the trust’s objective of improving the quality of our food to improve our health, along with exploring the connection between reducing the cost of food so that health is affordable to all.

Anka Johnston chair of the  Caroline Walker Trust said this of the awards which are part of the Trust’s 30th anniversary celebrations: they “highlight distinctive and outstanding work in promoting public health by maintaining and advancing standards of food and nutrition.  Traditionally the Caroline Walker Trust only offered four awards; however, over the years, these have changed to reflect the dynamic environment in which the Trust operates.” 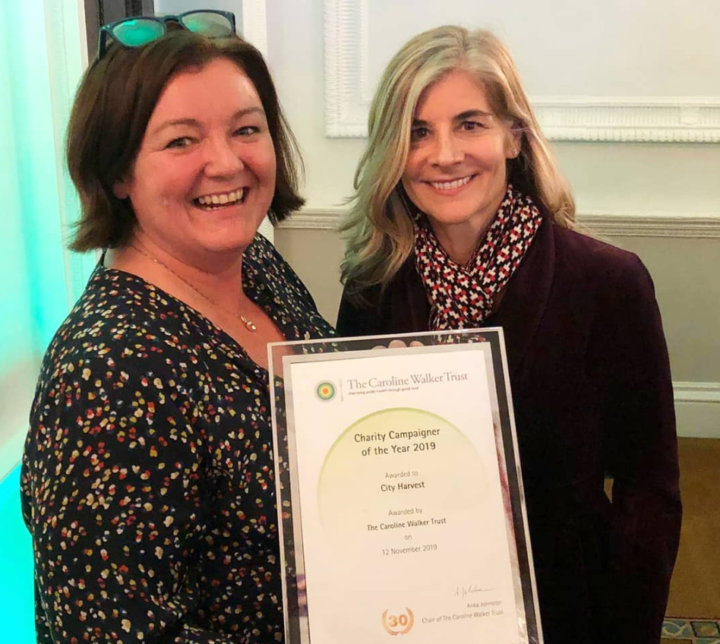 We were delighted to see our friends City Harvest take the title of Charity Food Campaigner of the Year. CEO Laura Winningham said:

“City Harvest was extremely proud to join leaders in the field of food and public health at the 30th Anniversary Caroline Walker celebration and thrilled to receive an award for our work as a Charity Campaigner. We believe everyone is entitled to affordable, nourishing food and City Harvest have delivered healthy surplus food for more than 7 million meals to more than 300 charity partners serving vulnerable Londoners.”

“I am very honoured indeed to be the winner of the CWT Media Campaigner of the Year Award. I’m grateful for the recognition of my work to raise awareness of the significance of independent food aid providers as well as the scale of growing food insecurity in the UK. Caroline Walker was an inspiring campaigner who cared passionately about the health implications of living in poverty. She would certainly have been appalled to find that millions of people in the UK are unable to afford to buy food let alone healthy and nutritious food.” 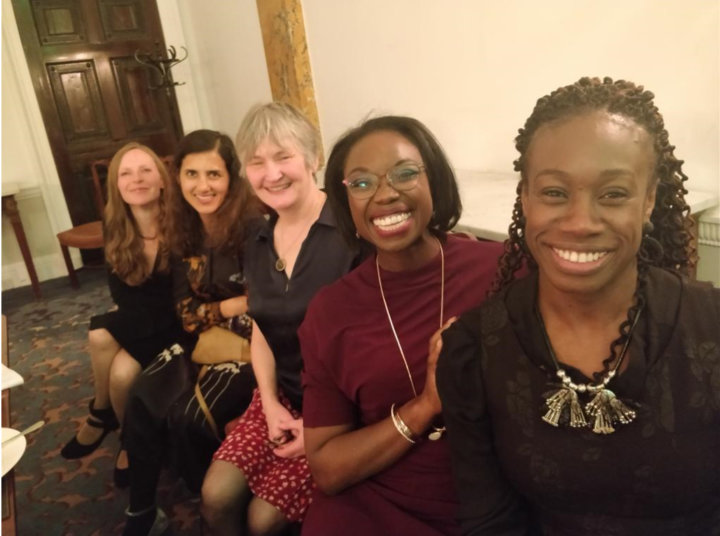 Nutritionist of the Year went to Greg Lessons at the London Fire Brigade. Runner up went to nutritionist Barbara Bray, MBE  (pictured second left above) who said “Caroline Walker left a great legacy from her life’s work as a nutritionist. It’s up to the next generation to reduce hunger, inequality and improve the nation’s diet.” 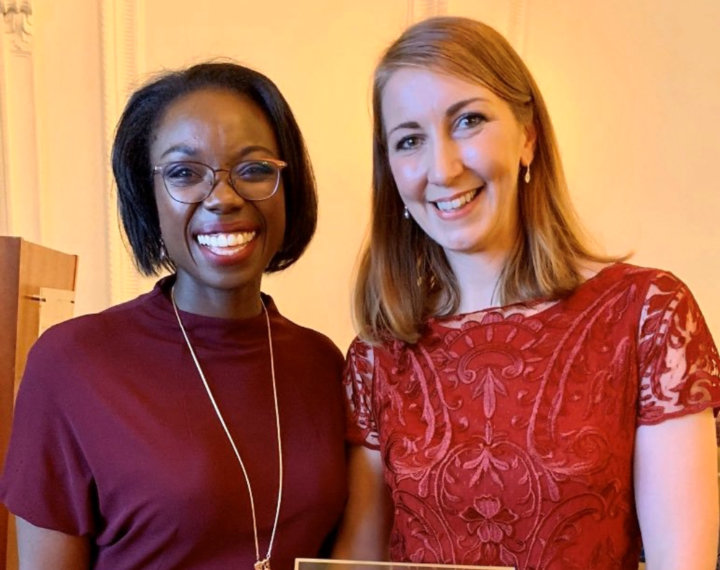 Laura Wyness (pictured right), a Freelance Registered Nutritionist based in Edinburgh took the title of Freelance Nutritionist of the Year. She commented: “I am absolutely thrilled to have won this award from The Caroline Walker Trust.  The work and impact Caroline Walker made to public health nutrition has been very motivating for me in my nutrition career and I have found the resources produced by the Trust really useful in my work.  It is great to be recognised as a freelance nutritionist promoting the science behind healthy food and diets.”

Congratulations to all of the above and you can see the full list of The Caroline Walker Trust Award winners here.

You may also like our feature on the Winners of The Observer Food Monthly Awards, our interview with Bianca Tia Mesuria – Winner of Le Cordon Bleu Julia Childs Scholarship and feature on the Finalists of the Food Made Good Awards.