If you had just graduated from Le Cordon Bleu London do you think you would be able to face the critical eyes of MasterChef The Professionals judges Monica Galetti and Marcus Wareing, a week later? How would you like to cook for food critics, Michelin-starred chefs, in a studio kitchen, knowing you’d been seen by millions? Our co-founder, Mecca Ibrahim, got the chance to speak to Luciana Berry about her experiences championing Brazilian food, cooking for Prince Edward, braving the critics and what happened after MasterChef The Professionals. 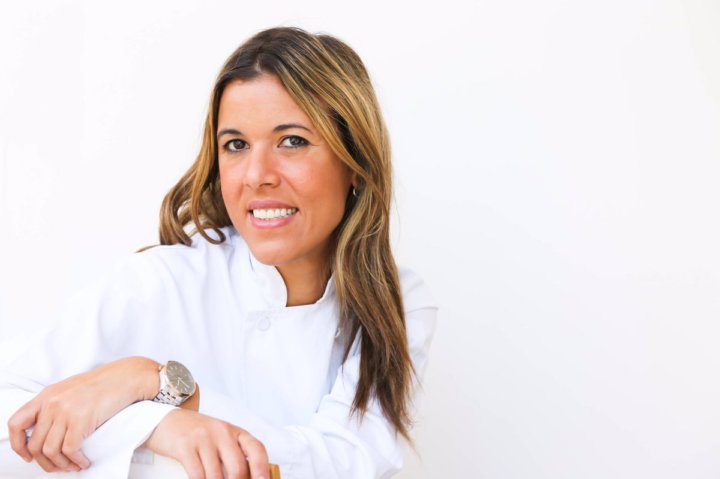 Luciana Berry is an inspiring and energetic advocate for Brazilian food. She moved to London in 2004 from Salvador in Brazil. After training at Le Cordon Bleu she reached the semi-finals of MasterChef: the Professionals in 2014.  Luciana has operated a successful  private catering business since 2008. This year, she is the mentor of Le Cordon Bleu London scholarship. 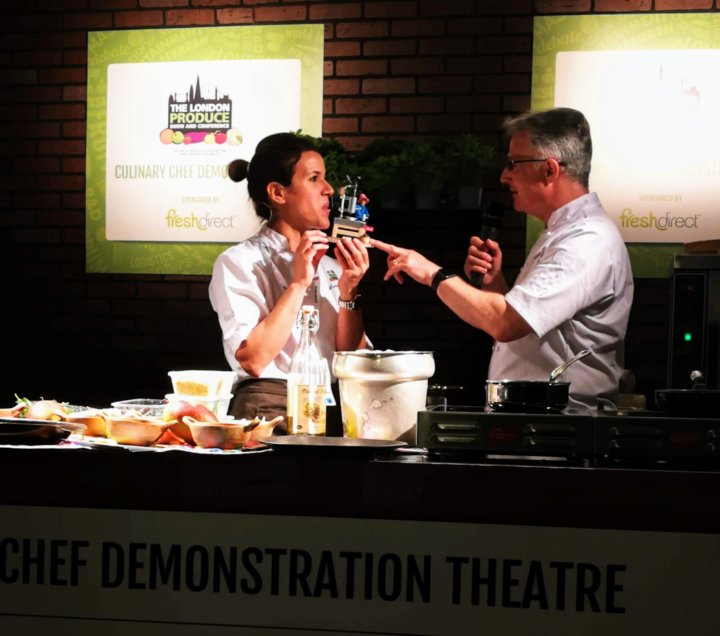 How did you start cooking in London?

I was just learning English when I moved to London, I really missed my Mum’s food. We always ate very well at home. So I decided to start cooking and I was living in Harrow School.  I asked if I could cook for the Harrow boys there, as the food was horrible and anything would be better than this. I cooked a very very, very basic Brazilian stew but everyone loved it. A number of the house masters wanted me to cook for their boys as my food became so popular.  So in 2007 I started my own company as needed to give invoices for the meals.

Then one day Prince Edward was due to came to Harrow School and the Headmaster asked me to cook for him. I was just an amateur person cooking, nice decent Brazilian food.  I decided I needed some professional experience after I had my son. 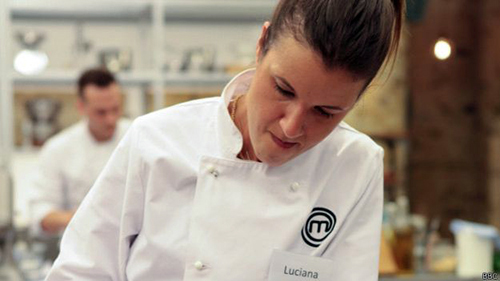 How did you get onto MasterChef The Professionals?

A week after I got my degree at Le Cordon Bleu I applied for MasterChef The Professionals. Everyone said Luciana you have no chance, you have never cooked in restaurants. But when I did the interview for the show, they loved it. I was a young woman, a foreigner, everything was difficult for me, but I didn’t give up. I was just myself. I followed my instinct, women are very good at doing that. 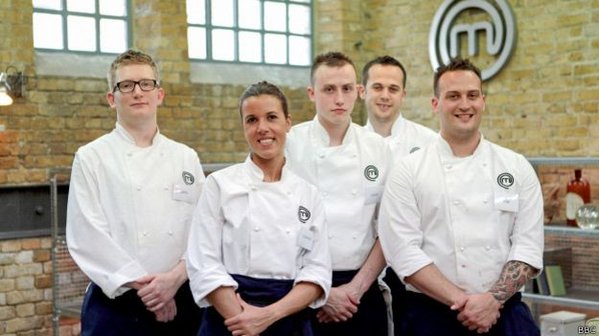 How did you find Marcus Wareing and Monica Galetti as judges?

It was Marcus Wareing’s first year. I was nervous, he was nervous too, but he was lovely. Monica was wonderful too and very kind.  I was very Brazilian on TV, we display our emotions very quickly if I am angry I do a face, if I smile it’s because I really mean it. One day someone on Twitter said, “I really like the Brazilian chef but she doesn’t look like a real chef because she is too happy“. 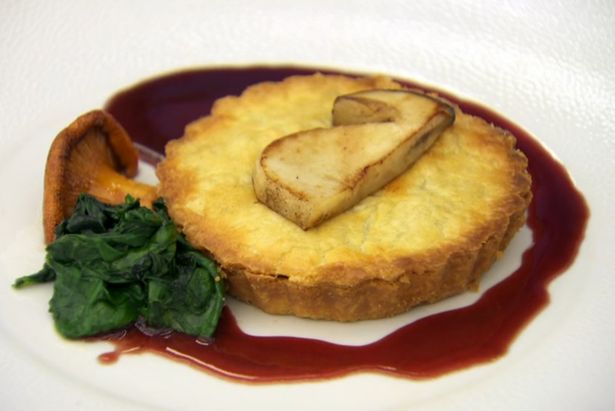 Which was the hardest round on the show? Which was your favourite round?

The skills test was my hardest. I remember when I had to cook a cuttlefish in 15 minutes. I was breathing so very hard with nerves. Another was cooking for the critics and I didn’t think had enough time. My favourite was the round when I had to make a Pithivier. I had sweetbreads and liver as the filling. I did a French style pastry which Marcus said was the shortest pastry he had ever eaten in his life. It was really melt in the mouth. He said it was perfection. 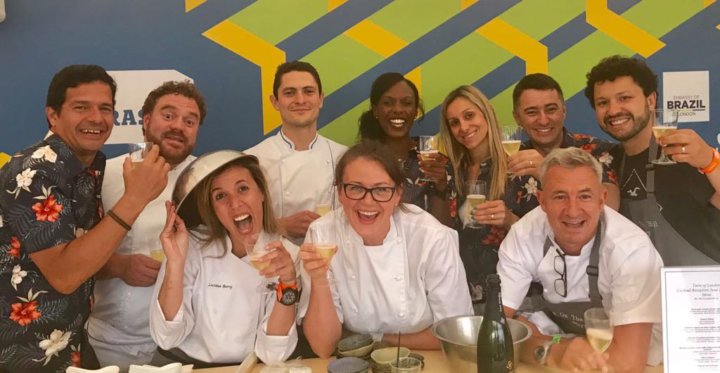 How did your life change after MasterChef The Professionals?

When people saw me on TV it did change my life. I was seen by the Brazilian Embassy and they asked me to cook for the Ambassador.  I cooked at 10 Downing Street too as they wanted to eat this new type of Brazilian food they had seen on the show and had never seen anywhere else before.  Brazilian food is very influenced by African food. It’s very exotic and very colourful. I used a lot of ingredients people had never tried. I also did consultation for the Las Iguanas restaurant chain which has a Latin American theme. 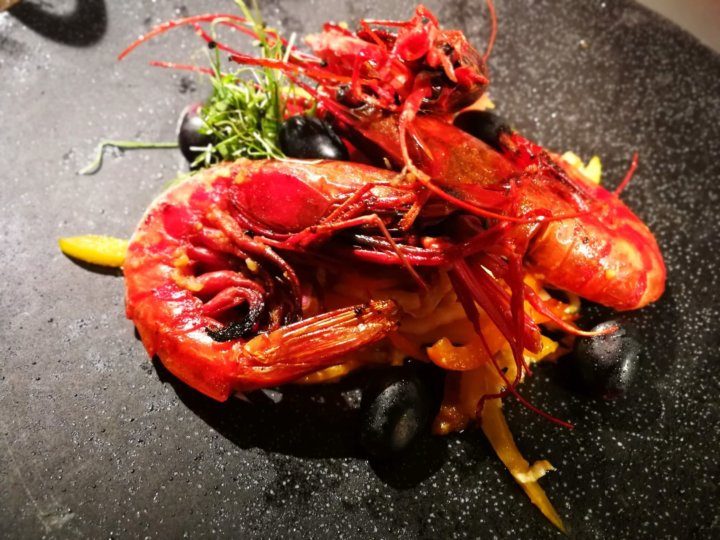 If someone was going to Brazil for the first time which dishes would you recommend they eat?

They should try the Feijoada it’s a dish we cook every day. Feijoada is a stew of beans. At 11 o’clock you will hear a hissing in every single house as it’s the sound of the pressure cooker going off.  The second would be Moqueca. It’s a Brazilian fish stew that’s made in a clay pot. We have a special day where all the ladies who make it wear white dresses. Moqueca is more like a spiritual food. You feel religion in that recipe and it shows a lot about our faith.

You have been doing a number of supper clubs, tell us more about them?

I have two coming up in an art gallery this Friday and Saturday – Boteco Brasil. Saturday is sold out but I think there are a few Friday tickets left. I do supper clubs at restaurants in Soho as sometimes the restaurants are very quiet on Monday or Tuesday and they want me to showcase something new. 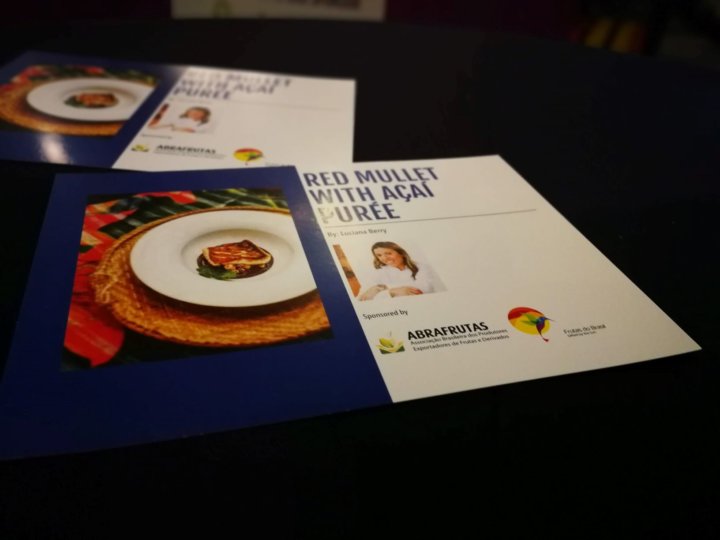 It would be salt, because I always tell people the difference between a good dish and a bad dish is in a pinch of salt. People in the UK don’t use a lot of salt and wonder why their food doesn’t taste good.  The dish type would be the Mocquea fish stew. I love that dish.

What advice would you give to someone who is just starting out?

To believe in yourself, be honest with yourself and to follow your instincts. A lot of people will try to give you advice and put you down, but you need to sell yourself. You really need to believe in yourself. There are a lot of doors that could be closed to you. But if the door isn’t open, go open a window. Find another route. 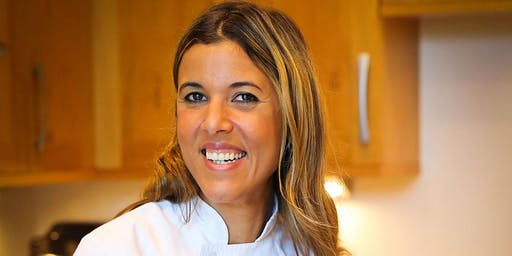 You can find Luciana Berry on Instagram as @lucianaberry and Twitter as @brazilianchefuk. We have also published a short podcast with more of Lucinda’s interview where you can hear her views on how she has found being a woman in the food industry.

You might also like to discover how to win a prize worth £40,000 with Le Cordon Bleu through their Julia Childs Scholarship.  There’s also inspiration from our interview with Julie Walsh – Head Pâtisserie Chef of Le Cordon Bleu London.