If someone asked you to make a four-tier replica of Queen Elizabeth II and Prince Phillip’s wedding cake that weighed 400 kilos, would you do it?  Or how about a 15-tier, 25 ft high cake for the late Queen Mother’s 100th birthday ? These are just some of the challenges that Julie Walsh – Head Pâtisserie Chef of Le Cordon Bleu London has faced over her career. Our co-founder, Mecca Ibrahim,  got the chance to speak to Julie about her role at Le Cordon Bleu. 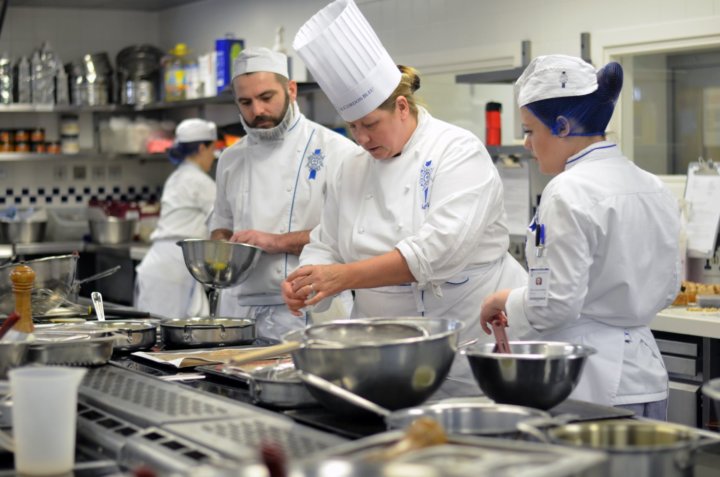 Chef Julie Walsh joined Le Cordon Bleu London in 1995, following an impressive 10 year career as a Pâtisserie chef at a number of the UK’s top hotels & restaurants. In addition to the aforementioned royal cakes, Julie has demonstrated her skills at several international food festivals and appeared on a number of radio & TV shows. 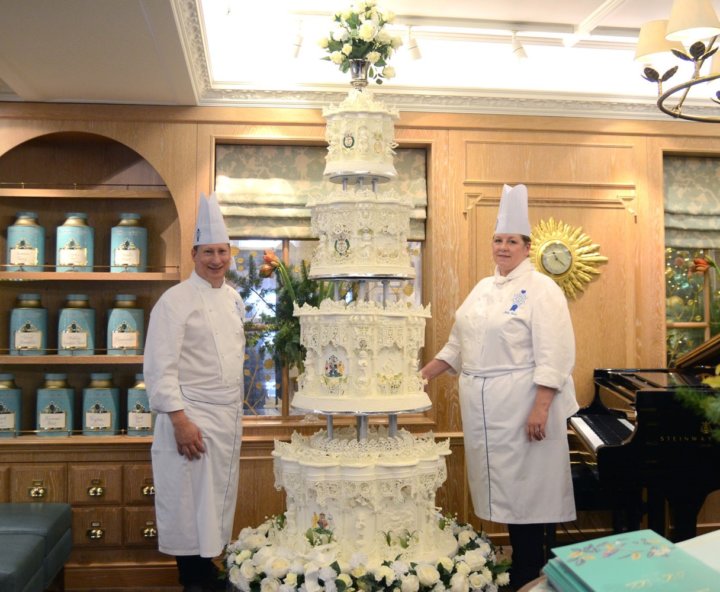 How did you start your career in food?

I went through a very traditional route. I started cooking with my mum who got me cooking at home. When I went to secondary school, I asked about being a chef and I was told by a careers adviser: “you don’t want to do that, you’re far too clever “. In those days, it wasn’t deemed as a thing you did, unless you couldn’t do anything else.  When I left secondary school I really wanted to be like my Home Economics teacher as she had really inspired me.

But I was too young to go to teacher training college at the time, so my mum suggested I go to a technical college and get experience there before I went to train to be a teacher. I went to Slough College (now Thames Valley University) and stayed there for five years. It was there I met the wonderful Professor Hubert. Every term he would pick two or three people who were showing good signs of being good at pastry and would get them to sign up for the pastry programme.   I finally felt comfortable. That was my lightbulb moment.

When did you move to Le Cordon Bleu?

I have been here 23 years now. I had heard from someone I was at culinary college with that they were looking for someone with a patisserie background. I came for the interview which ended up being for 5 hours. I spoke to my old Professor for some advice, who said it was good, but he said once you make the move into education, you’ll probably never leave. 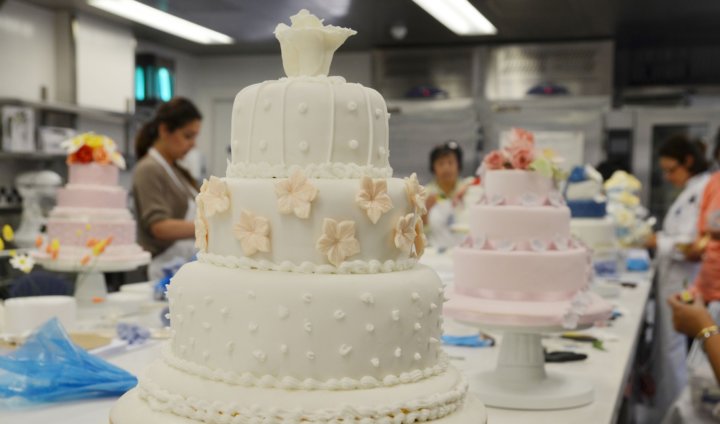 What do you enjoy most about working at Le Cordon Bleu?

It’s really very varied and we get to do so many things. I get to write the courses about the things I want to teach and if I see a gap in the market, I can create a course for it. I saw that there weren’t many people going into cake decorating so I wrote our cake decorating diploma. Now we run this three or four times a year and it’s always full and we have people setting up their own cake decorating businesses as a result. 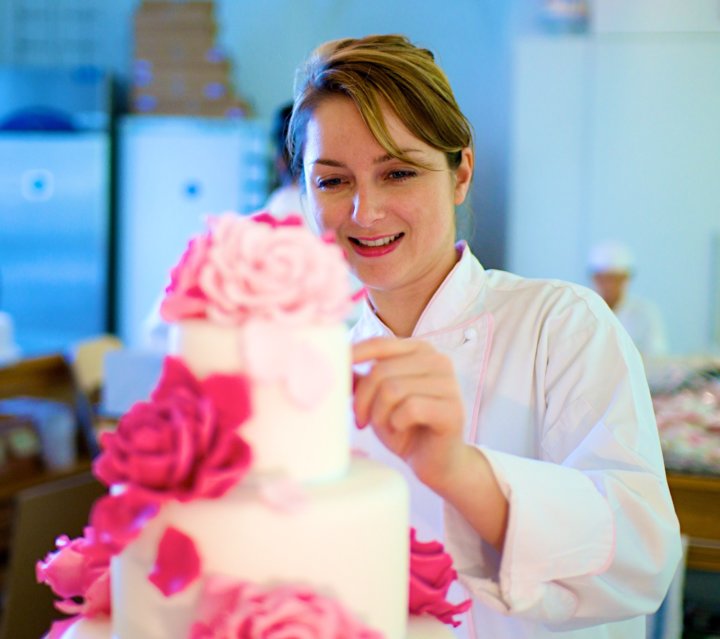 Who are some of the most famous students that you’ve taught?

One of my most famous alumni is Peggy Porschen, she was with me around 15 years ago. Some of our students are now working for her.  I also taught Hideko Kawa (pictured below), and she went onto The Fat Duck as their pastry chef. She now has her own consultancy business –  The Sweet Art Lab –  and doing very well at that. I didn’t teach Mary Berry though, I haven’t been there that long! But she was at Le Cordon Bleu in Paris. 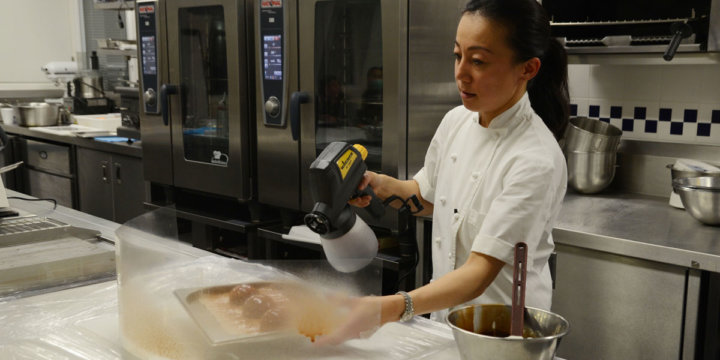 How did recreating the Queen’s wedding cake come about?

The Queen and Prince Philip actually had a few wedding cakes made for them and initially we weren’t sure which one it was. So the TV production company approached us with a few pictures and that’s all we had to go on.  The ingredients alone were tens of thousands of pounds. The whole thing was 400 kilos. Originally it was going to be a small part of the show, but it became so spectacular it became the big finale for their show A Very Royal Wedding. We also had a team of students working on this, which is something you don’t get asked to do every day. 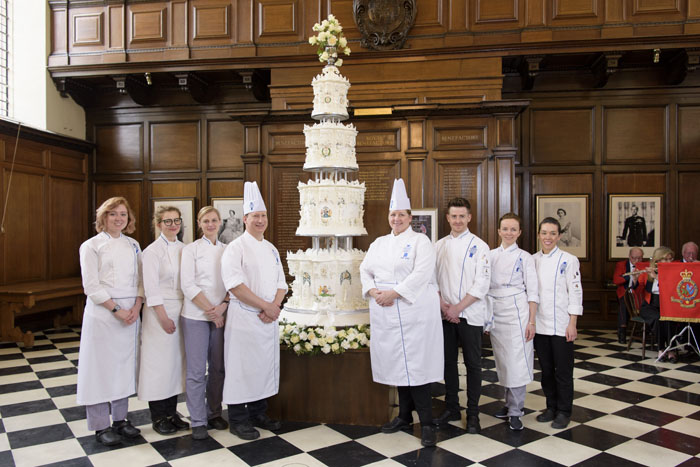 Which techniques do you think most students find challenging?  Also what do you find hardest to teach?

The one thing you can’t really teach students is artistic flair. Our classes are great and there are lots of resources to help and there are only 16 students to one tutor but you can’t teach that flair or what instinctively makes a good dessert? It’s difficult to put across years of ingrained experience.

Piping is always a challenge.  It’s a group of muscles in your hand that you don’t normally do for anything else. You really have to keep practicing it. It’s not going to be instant. It’s not like one day you are going to be OK and the next you’re going to be brilliant. 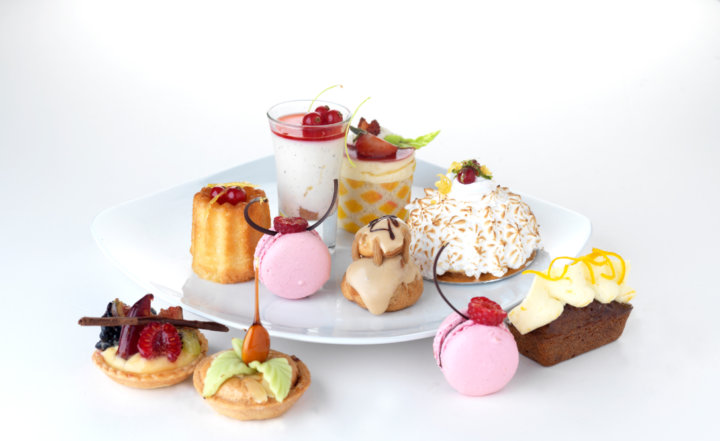 I love vegetables, but could I live on them? I do eat a lot of pasta, but I would have to make my own dough on a desert island so pasta would be the dish.  And salt and pepper or chilli flakes as the ingredients, as with a bit of seasoning  you can make most things taste palatable.

What one piece of advice would you give to someone who wanted to teach professional standard patisserie ?

You need to have a good level of experience as you have to teach what you know. But you really need to have empathy too. You have to empathise with what students are going through to be able to be sympathetic to their needs.  You can have a fabulous chef with lots of experience but if they don’t have empathy, they won’t necessarily be a good teacher.  Some chefs are quite insular and they want to keep their glory to themselves.  You need to be giving with your knowledge. You need to want your students to shine rather than you being the centre of attention.  You can feel the difference between someone who genuinely wants to pass on knowledge to those who are being paid to do a job. 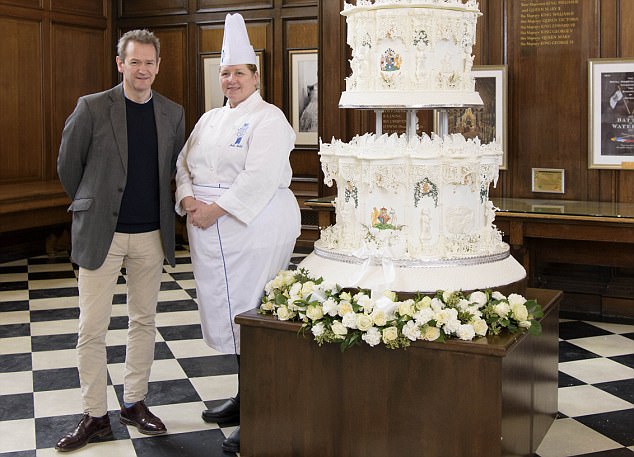 You might also like to discover how to win a prize worth £40,000 with Le Cordon Bleu through their Julia Childs Scholarship.  There’s also inspiration from our interview with, Olivia Burt, the first woman to reach the Roux Scholarship finals in four years.