Great British Menu (GBM) is now in series 14 and in brand new studios with a new format. The BBC Two show puts the nation’s most talented chefs to the test. At Women in the Food Industry we are interviewing the strong female line-up of chefs from across Britain competing to serve their dish at the final banquet. Our co-founder, Mecca Ibrahim, interviewed Emily Scott, Chef Owner of The St Tudy Inn who is representing the South West starting 24th April 2019 on the show.

This is your first time on Great British Menu, how did get onto the show?

I got a phone call from the casting director who said she’d heard some amazing things about what we do and would I like to be in the show. I had a long chat and they sent someone down to film me, talking at the camera, seeing what I’m like. I thought I am just going to cook how I cook and not be anyone else. I waited for the call to say whether I had made it through to the show, which came through at the last minute. I’m a bit scared about seeing how it will all come out but from a business perspective I’m excited to see it all and grasp at the opportunity for more people to see The St Tudy Inn.

I always loved food and spent a lot of time in France particularly in Burgundy in a restaurant for a few years in a restaurant where I learnt a lot about food quite naturally. Then I came back to the UK and spent a year at Tante Marie Cookery School in Woking.  My first boss in the UK was incredibly fierce but amazing, and she taught me a lot. Then I moved to Cornwall when I met my husband who was a fisherman in Port Issac. We had three kids but got divorced 10 years ago. I got the opportunity to buy a restaurant which is where Nathan Outlaw has his Fish Kitchen but it was called The Harbour and I had that for eight years. Now I am at St Tudy Inn where I have been for five years now. I’ve worked for myself for about 20 years. It’s been a challenge but I’ve really found my feet and confidence in cooking.

It was a bit like being given a project at school as you go round in circles with it.  I love listening to people’s lives and their stories and how they have got to where they are with their highs and lows. I love listening to Desert Island Discs.  So Desert Island Dishes was born and to me music and food are very closely linked. I may have overthought it but I loved it. 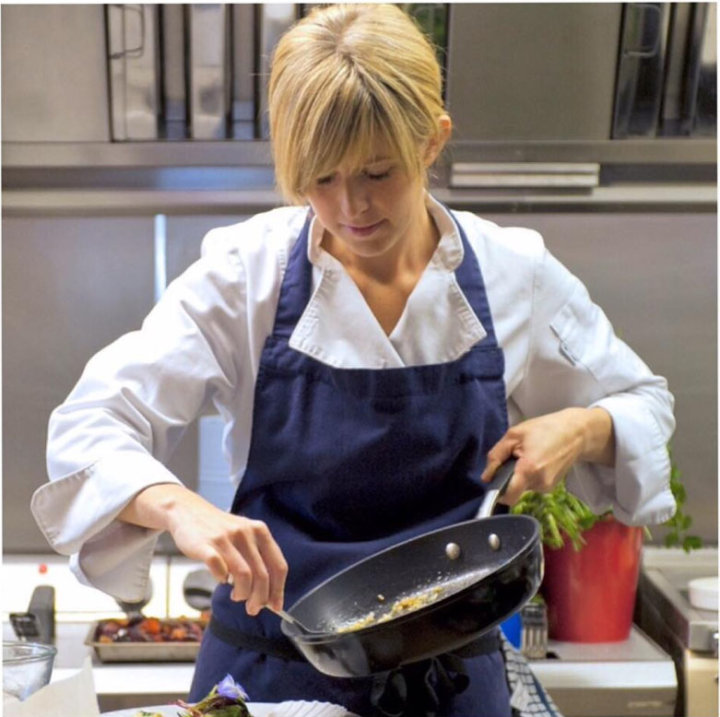 Which course did you enjoy the most?

I got very nervous at the beginning but my starter was my favourite dish. I still love it without giving to much away. I use my own wine in the main course too and I was lucky to have an opportunity to use it. My pudding is probably my strongest and I think I had found myself by pudding. 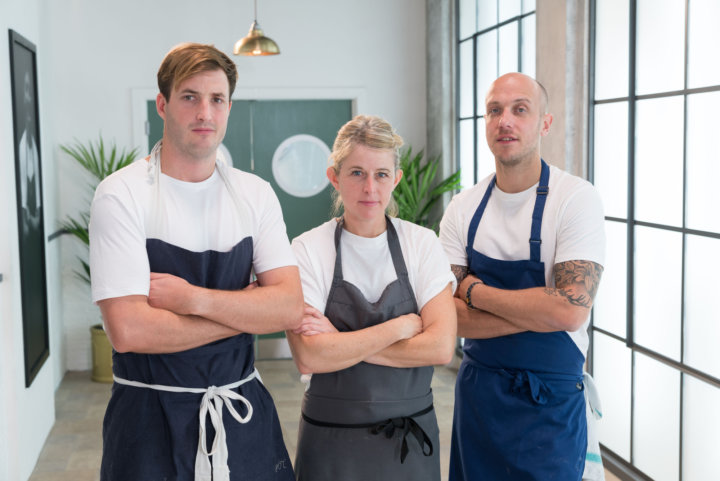 How did you find it working with Joe and Lee who were also both new to the show?

They were great to work with although there was slight competition between both of them as they are both from Jersey.  After a while I started forgetting about the competitive element and was just being myself and getting on with the brief.  The kitchen was all brand new and we were some of the first chefs to be in there. You go around the kitchen for the first time and you are filmed meeting your competitors for the first time, so that is all a genuine reaction when you meet them.

Did you embrace the props on the show? 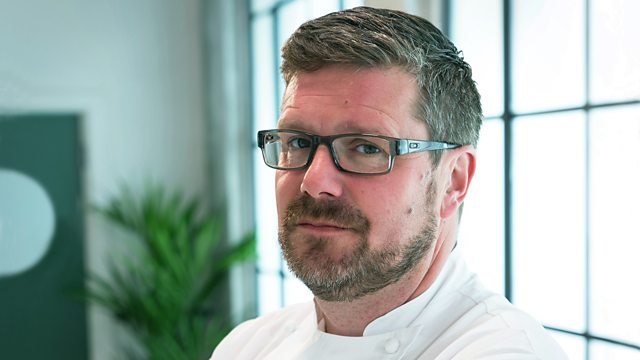 Your veteran judge is Daniel Clifford. How did you find him?

Daniel Clifford was quite intimidating initially but very supportive and I learnt a lot from his advice. I had been doing 80 hour weeks in the kitchen to make up for being out of the kitchen for a week, so it was all pretty stressful.  He was a tough judge.  But when you are standing there being judged I am sure I will look terrified as it is genuinely terrifying.  However, as the show got on I felt I got better and better.

If you were marooned on a desert island, what one ingredient is a must have for you and  what one type of dish could you happily live on?

An ingredient would be lemons – they can completely transform a dish. I always have bowls of them in my kitchen even though they are a winter fruit they remind you of summer.  I’d be able to catch fish too. Salt and butter and herbs too.  I have wonderful memories of being with my grandfather who is half French and we would sit on her terrace he would cut white peaches for us which always sticks in my mind.

I like Pierre Koffmann and Mitch Tonks. I think Marco Pierre White is quite inspirational although I’m not as angry! I love Fergus Henderson. I like people that like real food and embrace the seasons.

You were named in CODE’s 100 most inspirational women in the Hospitality Industry how did this feel?

It was amazing as I was named in it last year, so I was gobsmacked to me named in the CODE list again. I feel really happy about this and to be able to inspire other women to follow their dreams is great. Cheffing is not as easy at it looks. The hours are long, and people criticise you. I’ve just been nominated in the National Restaurant Awards as a Chef to Watch and am at the GQ Awards very soon as St Tudy Inn is nominated as best pub.

Finally, what one piece of advice would you give to anyone who wanted to be in your position, owning your own Bib Gourmand restaurant  and appearing on Great British Menu?

I would say rush slowly and believe in yourself.  Have confidence and don’t miss out on any opportunities!

Emily will be appearing on Great British Menu from Wednesday 23rd April representing the South West. If you think you have what it takes to be on TV in a food show, discover what TV producers are looking for in our feature – 7 things you always wanted to know about being on TV in the food world!