For the last two years CODE, leading hospitality magazine and website. have published a list that honours women who “genuinely affect change in the hospitality industry.” We are delighted that so many supporters of Women In the Food Industry (WiFi) feature in this latest list of amazing women from chefs to front of house, broadcasters, producers, writers, drinks, PR’s, leaders, communications experts and many more. 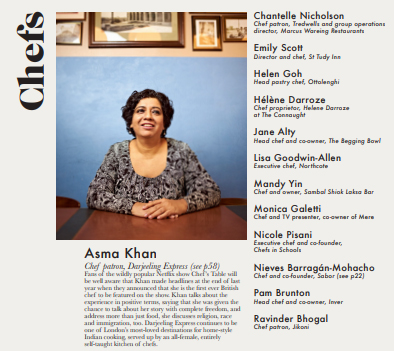 Asma Khan of Darjeeling Express, the first UK chef to be featured on Netflix’s award-winning Chef’s Table and one of the first supporters of Women in the Food Industry, said she was “honoured and delighted to be featured”. She personally thanked Lisa Markwell, Sunday Times’ food editor, one of the curators of the list along with Paula Fitzherbert, group director of communications at Maybourne Hotels, avid restaurant-watcher Felicity Spector,  social-media expert Clerkenwell Boy and editor of CODE Adam Hyman. 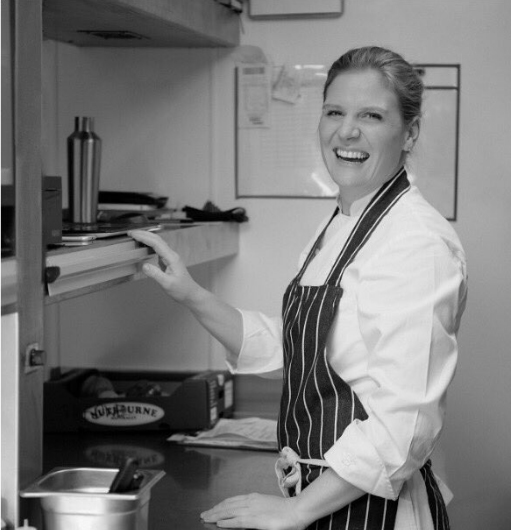 Chantelle Nicholson of Tredwells, another early supporter of WiFi, (and our current cover girl!) featured in the list as a passionate leader with many other accolades to her name. Tredwells were delighted she was featured and Tweeted that they were looking for a talented sous chef to join the team, which sounds like a wonderful opportunity to us.

Lisa Goodwin Allen, Romy Gill and Emily Scott (soon to be on Great British Menu) are other WiFi supporters in the chefs section. The list also features the broadcaster Sheila Dillon, Presenter of Radio 4’s The Food Programme – both early followers of our efforts at Women In the Food Industry. 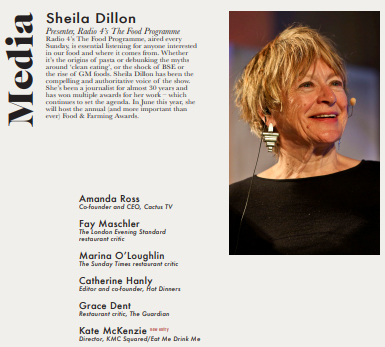 A special mention was also made to our friends and supporters, leading food writers Victoria Stewart, co-founder of Hospitality Speaks and Anna Sulan Masing co-curator of Voices at The Table. We hope to do some collaborations and features with both of these lovely women in the future, so keep an eye on  our latest news for more. 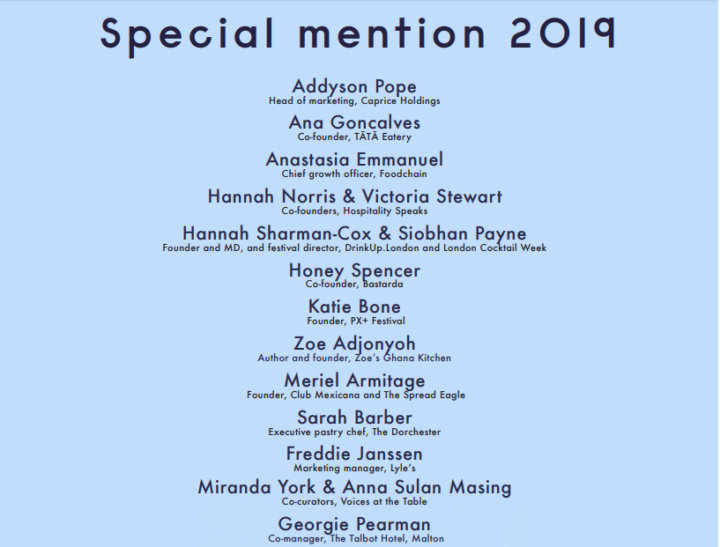