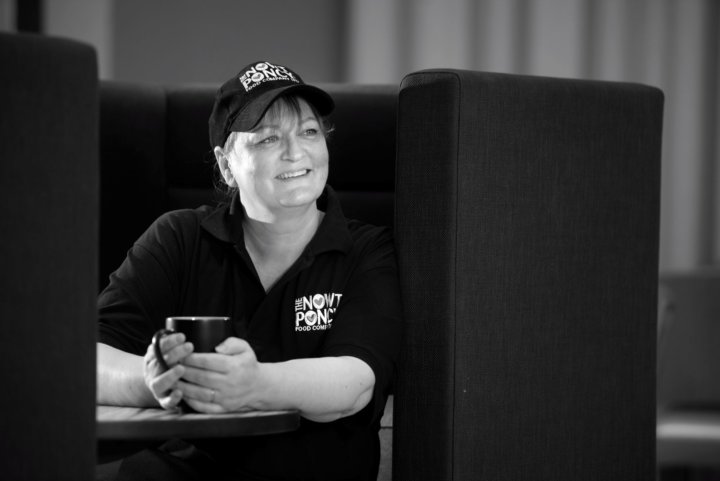 Karen Walker graduated from teacher training in 1988 and taught in mainstream schools for 10 years.  After that she joined the special educational needs sector and worked with children with learning difficulties and additional needs and moved to a head teacher role. However, in December 2015, with the support of her husband Jools, she left education and they began to create a food brand from scratch.  Karen and Jools originally began making simple tomato and basil sauces as gifts for their friends and neighbours.

They gave one of the sauces with handcrafted labels to their local butcher. He tasted it and said if we could make more, he could sell them.  From then on they decided to think more seriously about the idea of setting up a food company, selling similar simple, tasty, healthy natural sauces for people who are time poor but don’t want to eat pre-packed sauces with lots of additives. The Nowt Poncy Food Company was launched in August 2016. 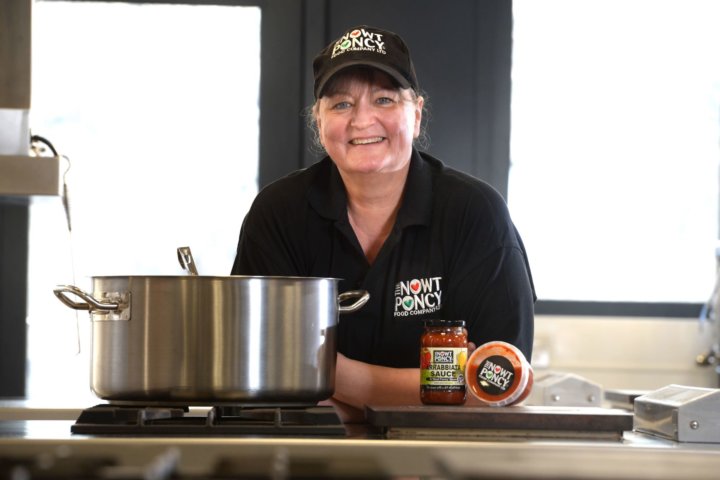 After hearing a senior manager from family owned Northern retailer, Booths, speak about their love of artisan products. Karen and Jools were later invited to a ‘Meet the Buyer’ day at Booths.

Karen said: “We took all of our products along and we had 15 minutes to do a pitch. In January 2019 the buyer came back to us to say they were interested in stocking our Italian range, Arrabbiata, Tomato and Basil and the L’Amore É Pizza sauce.”

The first was delivered on March 22 and the sauces launched in all 28 stores at the beginning of April 2019.  Rossendale’s own sauce brand Nowt Poncy, is now nestled between Loyd Grossman, Napolina and Dolmio on the shelves of Booths supermarkets! 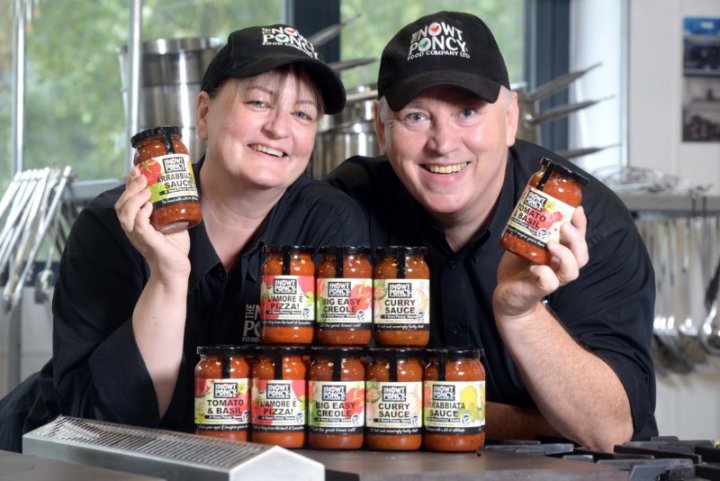 Join Karen Walker at our Inspiring Women in Food Panel at our Lancashire Female Food Entrepreneurs event on January 30th 2020 at Lancaster University with Marketing Lancashire.  Amongst other subjects, she’ll share her experience in  starting-up  a food business, allergen control, compliance, branding, experience of the Environmental Health Department and Trading Standards, moving into supermarkets, building a commercial kitchen, and lack of sleep!

Find out more and book your FREE place for our Lancashire Female Food Entrepreneurs event here.