Great British Menu (GBM) returned to our screens on 20th March 2019 for series 14. The BBC Two show puts the nation’s most talented chefs to the test. At Women in the Food Industry we are interviewing the strong female line-up of chefs from across Britain competing to serve their dish at the final banquet. Our co-founder, Mecca Ibrahim, interviewed Lorna McNee, Sous Chef at Andrew Fairlie at Gleneagle’s (Scotland’s only two Michelin-starred restaurant) who is representing Scotland starting 17th April 2019 on the show.

This is your second time on Great British Menu, how did you find it compared to last year?

I pretty much fell into cheffing at the start as I wanted to be a photographer, and tried to get  into photography school. I was working in an Italian family run restaurant washing plates at the time, and the head chef kept saying I should try cheffing. So when I didn’t make it into photography,  I discovered I enjoyed cooking and ended up working with the head chef there for about four years. I then moved to Andrew Fairlie’s  for some work experience.  When I wanted to apply for a full time role Andrew told me to go away and think about it for a week, as it’s a very different job to the one in the Italian restaurant.  After thinking about it I was determined, Chef Andrew took me on as an apprentice and I’ve been here for 11 years now.

Obviously I have to ask about working for Andrew Fairlie and what a great loss he was to the industry.

He has given so much to me whilst he was there, I couldn’t ask for a better mentor to teach me, not just cooking skills but personal skills. How to hold yourself and how to be your own person. I have absorbed so much from him that I hope to do him proud and add to what he wanted to achieve.

This year was a really exciting theme, but I still found it difficult. With my starter I based my dish on Elton John’s famous cheese on toast – which actually caused me some heartache as you will see on the show. It’s not my finest moment, but I did have a lot of fun preparing for it. 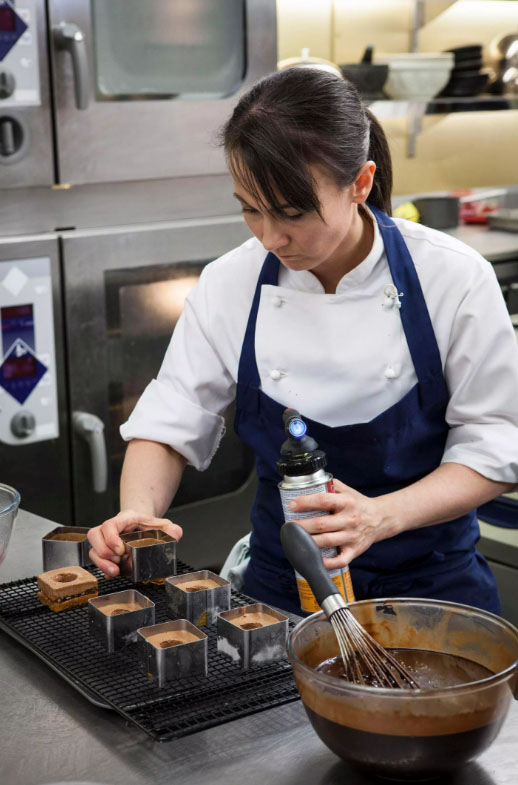 Which course did you enjoy the most?

My dessert, it was good fun. It was a lot of developing and making. As with last year I thought my dessert was my strongest and what I just missed out going to the banquet with. I put everything into it. Dessert is one of those courses that’s meant to be fun. 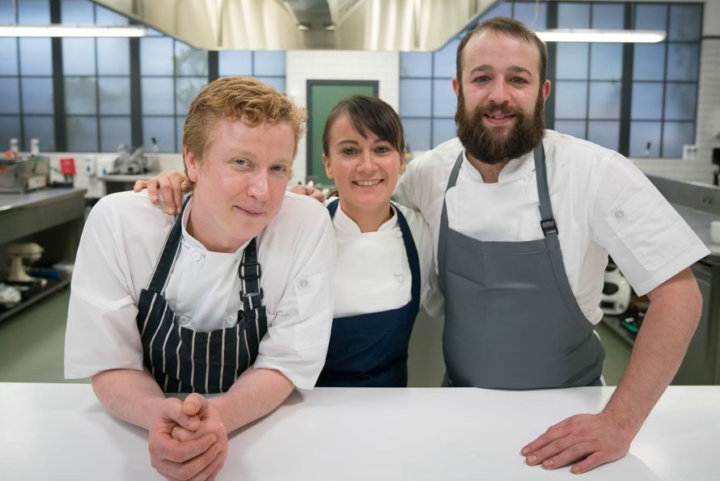 What’s your relationship to music and how does that relate to some of the things you are serving?

At a young age I was a massive tomboy and I always remember my parents forcing me to go to a Spice Girls concert. My sister was a massive Spice Girls fan. My mum managed to get us tickets and I remember sitting in that concert with a face like thunder. But I know that The Spice Girls are great really for young girls.

You worked with Ben Reade on the show last year, and Gordon Jones is new to the show, so how was it working with them both?

Ben’s taken a slightly different approach to the show this year, and I have as well. Ben’s a nice guy and it was good to walk into the kitchen to  see a familiar face. Gordon is very different and his personality is a bit off the wall.  It’s nice having three chefs that have totally different personalities and cuisines too. It’s good to learn things from each other. 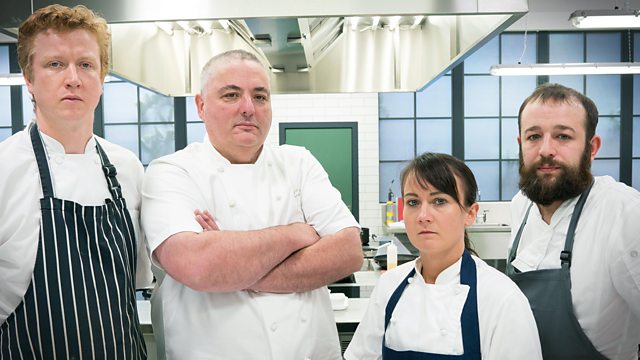 It’s already been announced that Richard Corrigan is the veteran judge. How did you find this?

As mentioned I took a slightly different approach and probably spent more time on the theme and meeting the brief rather than the Scottish provenance of the dishes. Last year’s veteran Phil Howard really like the focus on Scottish provenance and I think Richard would have done too. But everything that Richard picked me up on and any mistakes, I thought the same too.

If you were marooned on a desert island, what one ingredient is a must have for you and  what one type of dish  you could happily live on?

An ingredient would be salt as I can’t cook without salt.  In terms of the dish, a big bowl of mussels that’s something I couldn’t live without.  A  massive big bowl  of mussels and some good crusty bread.

Finally, what one piece of advice would you give to anyone who wanted to be in your position, sous chef at a two Michelin starred restaurant finals and  appearing on Great British Menu for a second time?

Learn from your mistakes and don’t let that put you down. Mistakes are what make you better.  You start to understand things and learn from your cooking when you make mistakes. Don’t let anyone put you down. Just have in your head what you want to achieve and push for that!

Lorna will be appearing on Great British Menu from Wednesday 17th April representing Scotland. If you think you have what it takes to be on TV in a food show, discover what TV producers are looking for in our feature – 7 things you always wanted to know about being on TV in the food world!