Great British Menu (GBM) returned to our screens in February 2022 for series 17. The BBC Two show puts the nation’s most talented chefs to the test. At Women in the Food Industry we are interviewing the strong female line-up of chefs from across Britain competing to serve their dish at the final banquet. To continue our series, our co-founder, Mecca Ibrahim, interviewed Charlotte Vincent, Head Chef at the Five Bells Inn in Devon, a top 50 gastro pub. For the first time in Great British Menu’s history this is an all female line up of chefs. 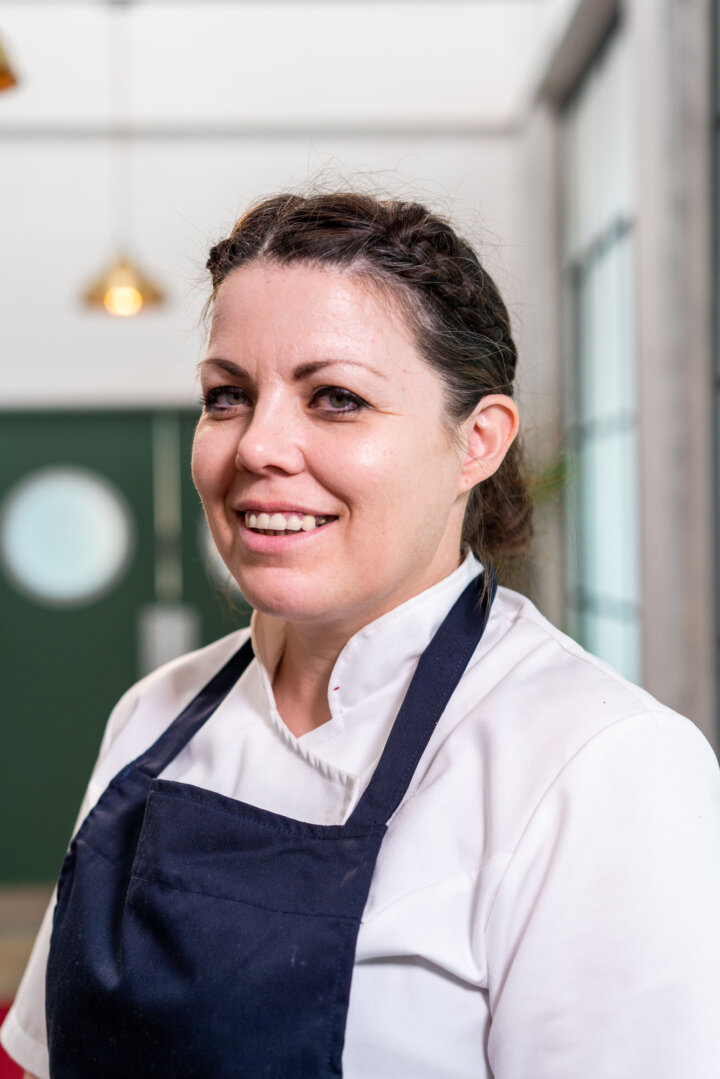 I started my training in the army. It was completely by accident. I just walked past the army careers office and decided to go in and have a chat with them. Two and half weeks later, I’m training to be a chef in the army. I did have an interest in food before that, so I was a very happy accident.

I received a message on instagram and also an email via the pub and they asked me to apply to go on the show. I thought why not, let’s do this. I never expected to get on, but I did and I’m very proud of that.

I found it really difficult actually. Being in the West Country we’ve not got a great deal of shows. I wanted to make sure I gave myself enough time to do the research, do the West Country proud and also hit the brief. 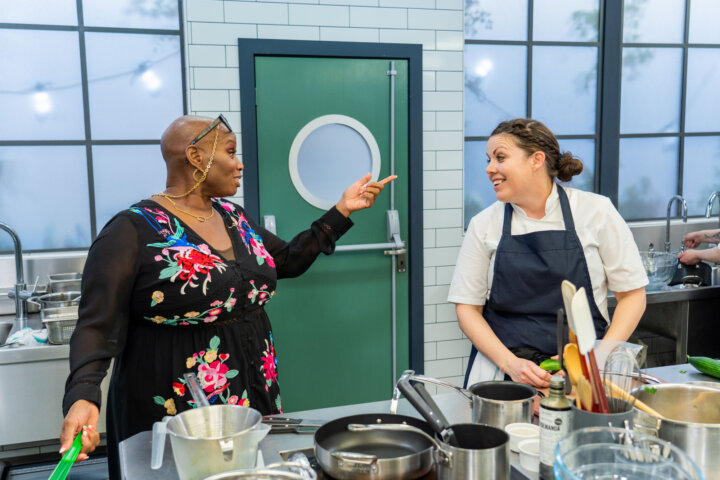 This is your first time on Great British Menu, how did you find it working under the cameras ?

It was amazing. The first day I was a little bit blinded by it all as it was a new environment, there’s lots to take in and lots to work with. But it was an amazing experience, I would do it again in a heartbeat. It was brilliant.

I thought it might be my dessert, but it ended up being my starter and canape, because I know how important it is. It’s the first course, it’s the first one the veteran judge gets to see and it had to be a really effective one for me.

I did. That’s really hard to do. I always admire the chefs who have gone before me anyway. But when you are actually in that position it’s really hard to pair the props with your food. Also not to let the props take over the food which is something I didn’t want to do. I did embrace the props, although I wish I had done a bit more. 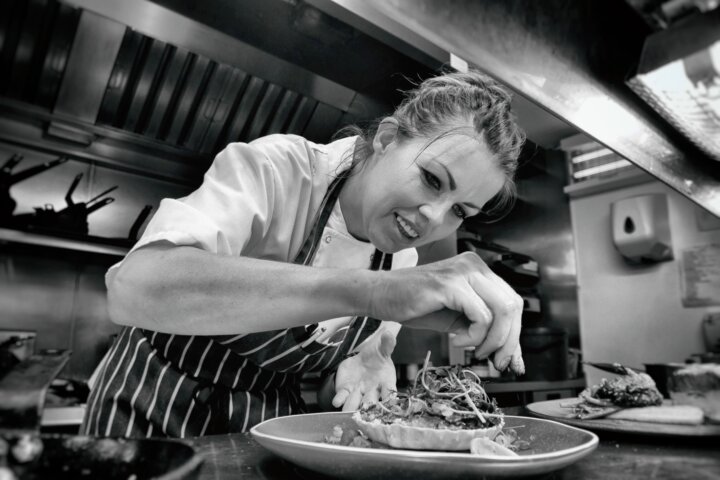 There’s loads of chefs that I admire and they’re not necessarily all at the top of their game, but they’re getting there. Because I run a gastro pub, I always try to see what other gastro pub chefs who are at the top of their game are doing. I really admire Tom Kerridge, from the way he’s worked himself up from the bottom. Ruth Hansom, she’s great, she’s young. She’s doing everything I’d like to have done when I was her age.

I love Asian food. I could live off Japanese food. Probably ramen as you can make it so interesting. That would be something I could quite happily live on.

How good was that. I could not believe it when all of us were in there. It took a few minutes to breath in the actual feeling in that four women were in the kitchen. For me it’s just ground breaking. I felt enormous pride to be with the ladies I was with. There are all so good, I’ve learnt so much from every single one of those chefs that I’ve worked with. They are all so individual and unique. As a head chef you don’t always get the opportunity to work with your peers and other head chefs.

It’s one of those moments where you feel like you have a big warm blanket around you. You feel proud to stand with three awesome ladies on a big TV show like GBM. You’re making a little bit of history and it’s always going to be there. I am a little bit older and it was nice to represent my age bracket with these wonderful girls. I can’t describe how amazing it was! I hope we inspire lots of women to put their head above the pulpit and say here I am. I want women to be brave enough to take a head chef role, as there’s nothing to fear. 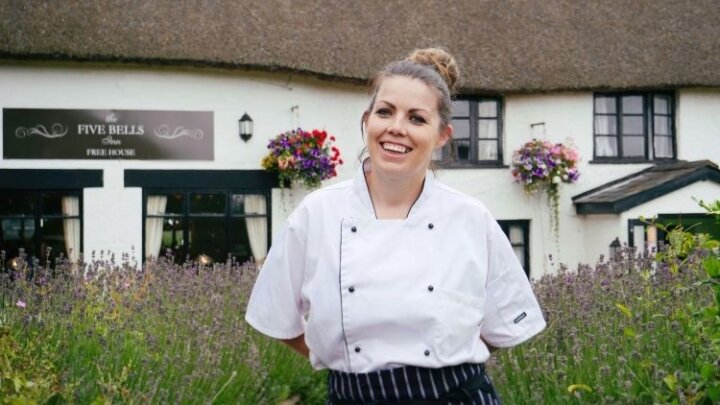 Don’t be too hard on yourself. I know for a good twenty years of my life, I’d suffered really badly with anxiety and self judgement. I’ve learnt to talk to myself better and to not  put myself down when having a conversation with myself. It’s something we all do. I was very good at putting myself down and not starting the day with a good mind set and that would carry over to the kitchen and carry onto the team. Be kind to yourself, make mistakes, learn from them, don’t let the mistakes beat you down. I’ve taken that mantra on now for the past few years and look where it’s getting me.