The UK’s biggest food book, writing and media awards took place on 27 June 2019 as the Guild of Food Writers Awards Ceremony and Party celebrated all that was great in food writing and media. Guild president Orlando Murrin and vice-president Felicity Cloake were the presenters and our co-founder Mecca Ibrahim (who has recently become a member of The Guild of Food Writers herself) was delighted to attend. Here’s her report of the night with a summary of which women did exceptionally well. 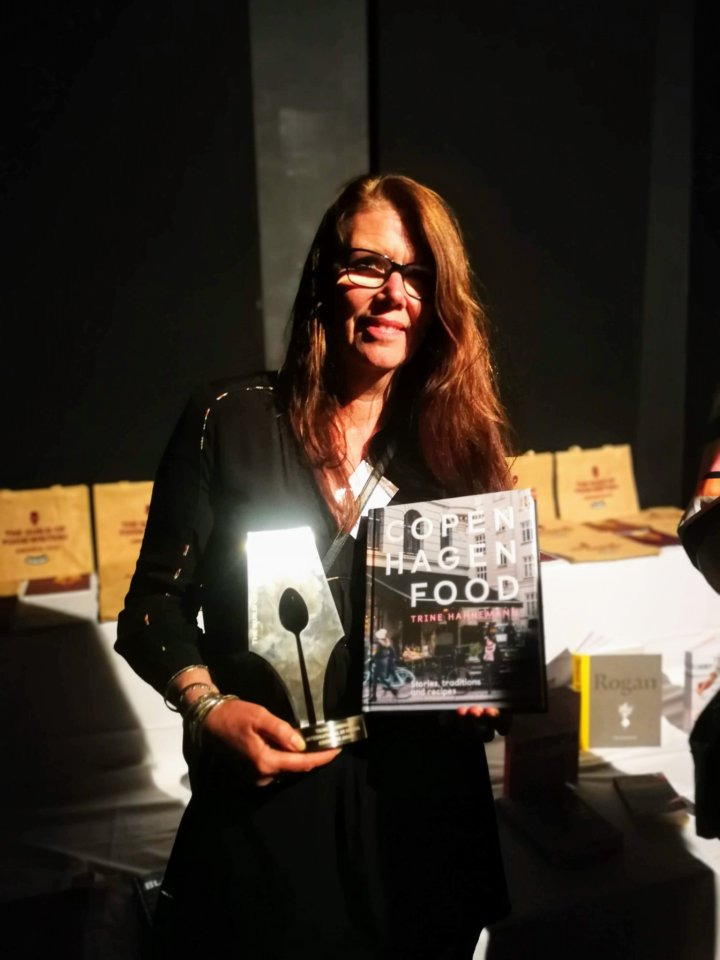 Organised by the Guild of Food Writers, the UK’s professional association of food writers and broadcasters,  this awards ceremony is the longest-established and largest of its kind.  Over 300 people attended the ceremony to see who would take away prizes in 12 coveted categories.

I was delighted to have a chat with Trine Hahnemann who picked up best International or Regional Cookbook Award for  Copenhagen Food: Stories, traditions and recipes  “Immaculately researched and beautifully written, this book takes you to the heart of the city to the waterfront and the woods. ” Trine’s book Scandinavian Christmas was a Great British Chefs cookbook club book of the month, when I worked there, so it was amazing to have a chat with her, with her shiny award. 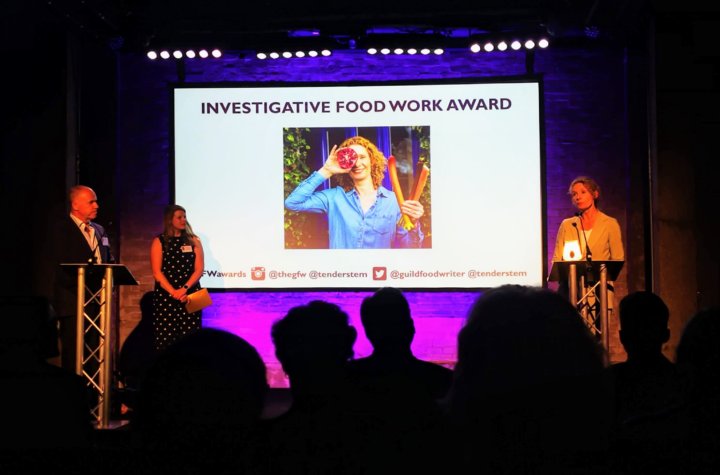 A very popular winner on the night was  Bee Wilson who picked up the Investigative Food Work Award for her feature  Yes, Bacon Really is Killing Us, published in The Guardian.  The Judges said “Wilson’s work is scholarly without a hint of pomposity” and a “must-read“.  Writing about a food type that is so central to the British food scene but is now embroiled in controversy is not mean feat.  The Judges found her research impressive “the science clearly explained, and Wilson’s argument persuasive and above all readable.” 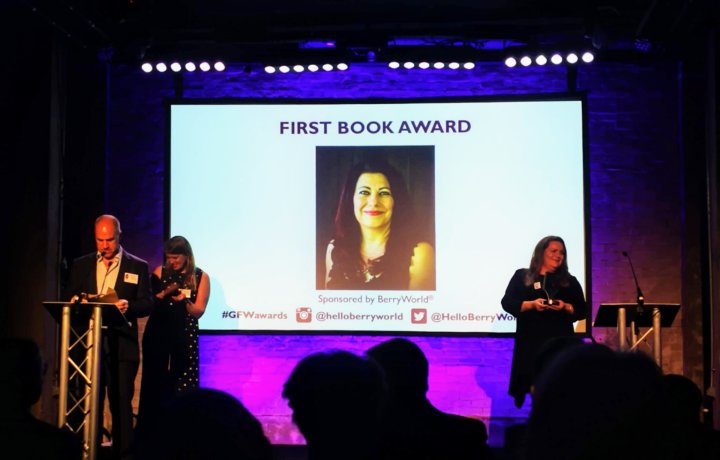 The first book award when to Maryam Sinaiee for her book  Nightingales and Roses: Recipes from the Persian Kitchen  a beautiful evocation of Persian cooking.  The judges were inspired by “well explained, evocative recipes which drew them into the kitchen.  Diana Henry was awarded the Recipe Writing Award for Work published in Stella magazine,  in The Sunday Telegraph. 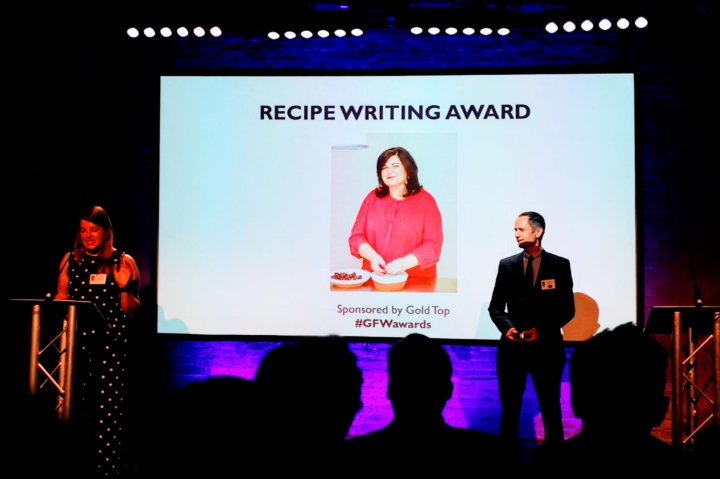 Food Broadcast or Podcast Award went to BBC Radio 4’s The Kitchen Cabinet, presented by Jay Rayner, produced by Hannah Newton, Miranda Hinkley and Laurence Bassett, and edited by Darby Dorras. The executive producer was Robert Abel . The judges called the podcast – the Gardeners’ Question Time of the food world and an “enticing mix of science, history, nutrition and recipes.” 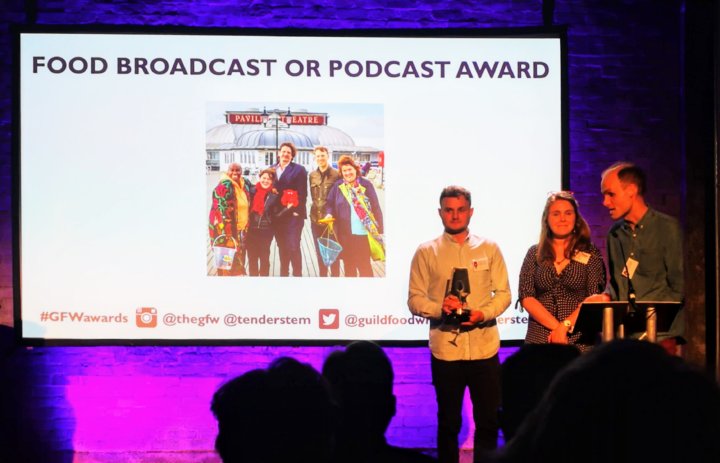 2019’s Lifetime Achievement Award was given to the amazing Madhur Jaffrey. Presenting the Award Guild Chair Genevieve Taylor described how it was the gift of one of Madhur’s books from her granddad that expanded her own cooking horizons: ‘The words sprang out from the page, enticing my senses with exotic, exciting and colourful sounding ingredients. My cooking world was changed forever, and I cannot tell you how grateful I am for that.’ 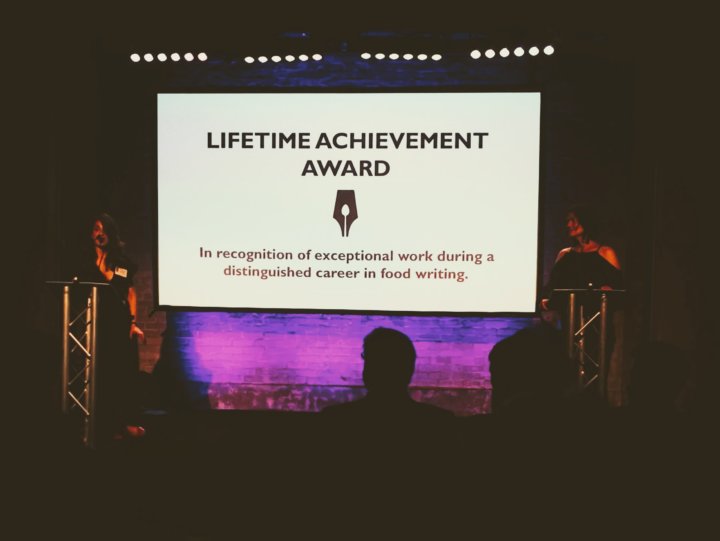 Finding a person who has made an impact on the world of food, cooking & recipes around the world is not easy, said the judges. 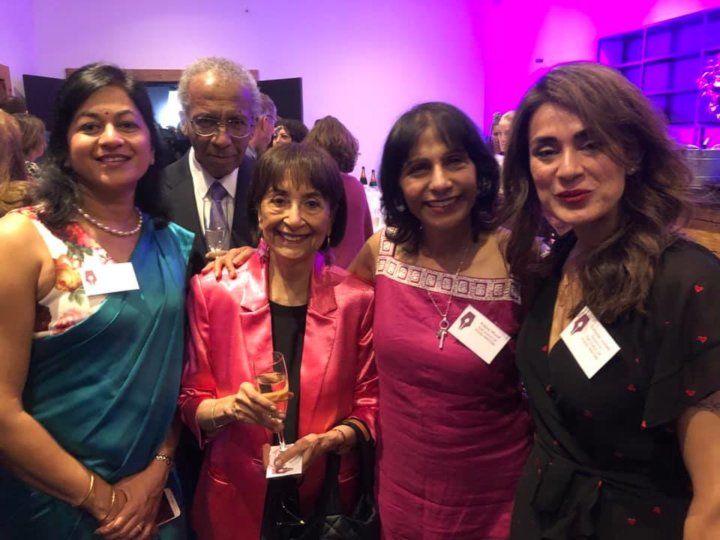 In the awards after party I was delighted to catch up with fellow members. It was brilliant to catch up with Sumayya Usmani after so many years & to see her announce & give the lifetime achievement award to Madhur Jaffrey. 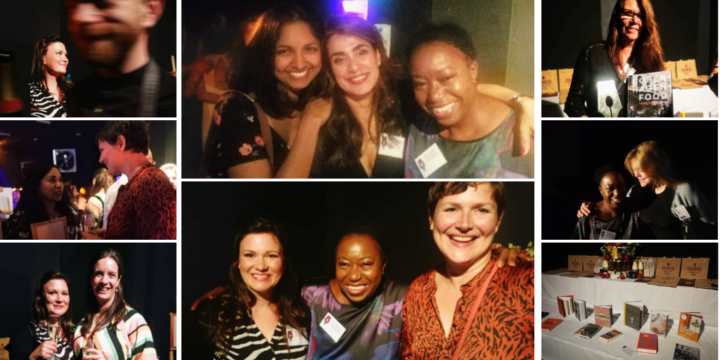 You can see the full The Guild of Food Writers Awards Winners for 2019  here.  Congratulations to all.  In many cases there was only a hair’s breadth between the finalists so all who were shortlisted also deserve a huge congratulations too.